A Greek tragedy: Is that how the Congress ends?

It is, today, a disaster as it has no clue of what it should do next, under the present political circumstances. 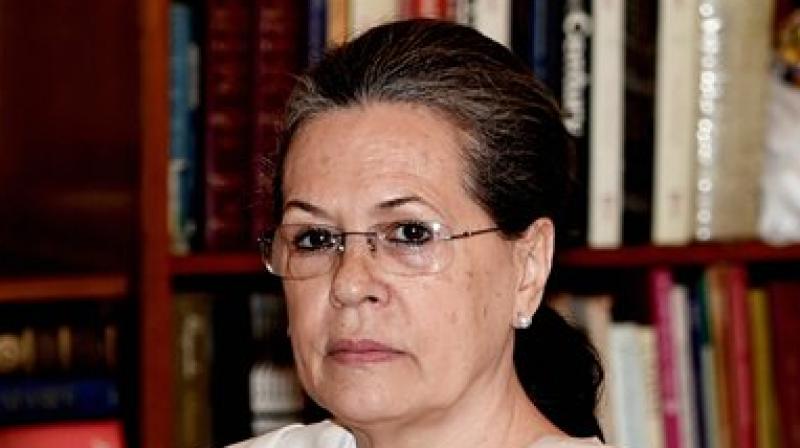 There is nothing remotely amusing watching the Congress Party enact a Greek tragedy, totally unaware that it is doing so. It is, today, a disaster as it has no clue of what it should do next, under the present political circumstances.

It was the party in power at the Centre for almost all its existence. It was a platform and it worked to steer the behemoth down the middle. There were pro- and anti-factions; there were prominent leaders like Syama Prasad Mookerjee, the Jan Sangh’s founder, and a contingent, routinely identified as socialists, among whom was Mohan Kumaramanglam. When the great leaders of the freedom movement, starting with the zero point one generation, down to the last of the lot, wrote the Constitution and set up the first government, it worked for a consensus, and struggled to reach it between polar opposites pulling the party in different directions.

However unsatisfactory the policies of a government by consensus with its endless machinations to please the Right and Left, the orthodox and the progressive, there was no doubt that the Congress could mean many things to many sections of the population. It could, then, include people with contradictory principles. The outcomes were nevertheless far-reaching; a mixed and muddled economy, which has revealed surprising strength, policies that set the course on how public goods and services should be a core of governance and a push me-pull you secularism.

The reappointment of Sonia Gandhi, albeit interim, as party president is an outstanding example of what a consensus ought not to be. A review of how the Congress handled leadership choices in the past -— Jawaharlal Nehru versus Subhas Chandra Bose, for instance — is pointless. The party doesn’t have leaders like them anymore. It does not have sacrificial lambs like Pattabhi Sitaramayya, who was Mahatma Gandhi’s candidate against Subhas Bose, after Maulana Azad and Nehru dropped out.

Cowardice and complacency are the distinguishing features of the Congress as a party these days. It has leaders who dare not take any responsibility for fear that it would damage their own careers and the party, more than it is already damaged. Complacency, tantamount to suicide, is all-pervasive. The Congress, as a party, not an agglomeration of leaders, has no ideas about itself vis-a-vis its past, its purpose vis-a-vis its present, and its strategy vis-a-vis its future. The Congress mouths words loaded with meaning like democracy and the Constitution and foundational values, but when the push comes to shove, its leaders, primarily the younger ones, are unsure. The disgraceful spectacle of younger leaders quibbling about Article 370 and Article 35A as indeed dispensable, but not in the way that the BJP got rid of the provisions, reveals that these are not people of substance.

The current purpose of the Congress is to be a lousy bogeyman for the BJP, so that it can continue its ridiculous exercises in publicly measuring its decisive actions in contrast to the “ineffectual” and dishonourable leadership that ruled India for “70 years”. Legislating corrections by reducing the state of

Jammu and Kashmir to Union territory status, and temporarily (sic!) abrogating fundamental rights, or the chaotic identification of citizens in Assam can only be justified vis-a-vis the past.

The essential requirement of an Opposition, distinct and different, in an electoral democracy, which is also a republic, is the BJP’s problem. Dressed in a shroud of its own and the BJP’s making, the Congress is being used. It seems to have no idea of how it can stop the BJP from doing so; a Shivraj Singh Chouhan, defeated as chief minister by the Congress in an election, feels emboldened to take potshots at the party.

The BJP’s legitimacy as the truly representative party of India hinges on the existence of the Opposition. Without the Congress as the Opposition, the BJP’s credibility as an overdue efficient and futuristic waste disposal machine is jeopardised. To legitimise its trashing of due process, the BJP needs the Congress as much as it needs the smaller regional parties, who have at various times been its partner and hailed for their sagacity in teaming up.

The decimation of the Congress and the regional parties, and the further decimation of the Left, is a political risk for the BJP. Its ideology and its policies need the parties of the Left and the middle as a countervailing force so that it can continue to rearrange institutions and the Constitution and defend its actions.

The fragmentation of the central space in Indian politics is part of the BJP’s dilemma. Regional parties, that once defined themselves as anti-Congress and more representative of the excluded and non-elite categories are neither here nor there in ideological terms. These parties are today anti-Congress sometimes, anti-Congress and anti-BJP sometimes, anti-BJP sometimes and locked in intense local rivalries all the time. Regional parties are neither politically and ideologically progressive nor regressive. Nor are they a stable collective to make them a viable Opposition for a party that is the biggest in the world, in the number of members it has enrolled and the massive fortress it has constructed to visually affirm its power and its presence.

Every time a leader of the old, decrepit Congress or for that matter a regional party attempts to be nimble and jump to avoid being burnt for past political and governance indiscretions or incompetence, the BJP wins another point. Its popularity rises proportionately. Every time the Congress, the Left and the regional parties critique the BJP, they negotiate a political minefield of voter sensitivities that cover imagined or real past injuries.

Every nuanced formulation from any of the Opposition parties becomes so messy that it makes no sense pitted against the simple certainties of the BJP’s political message, which is a composite of four principal elements — saviour of the nation and all things Hindu, whatever that means; saviour of the poor and the marginalised from the corrupt, be it regional parties or the Congress; promoter of development, ending unemployment, advancing education, providing healthcare and creating business opportunity; and the only force that can deliver unto India its destiny as the leader on the global stage.  In order to measure its progress, the BJP needs to have a yardstick; the Congress is the best and
the easiest.

And, the Congress seems to have reconciled itself to being just that, because it has no appetite for risk and no passion for politics.