In the course of unfurling his agenda for a second term, Trump is steering clear of his NSA’s war lust. 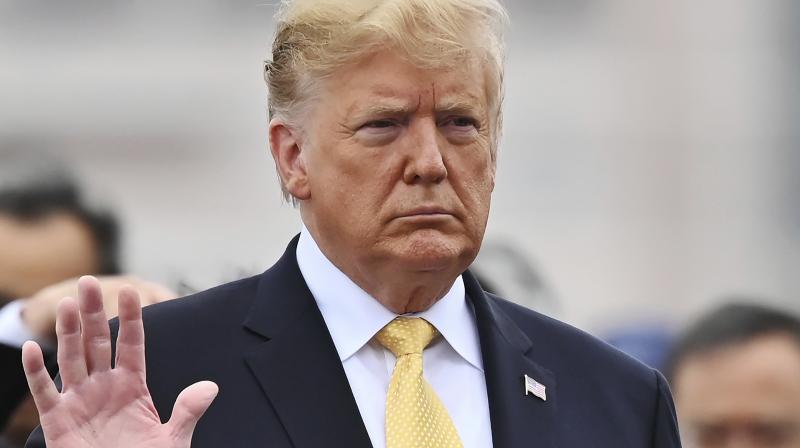 America’s national security adviser John Bolton’s departure from the White House could have been anticipated months ago when President Donald Trump would not be ensnared in any of the wars that Mr Bolton tried to set up for him. On Afghanistan too, the two of them had opposing views.

Nevertheless, it must be put down to Mr Trump’s cussedness that he tried to upturn many things that President Barack Obama did in the foreign policy arena. In sustaining this image, Mr Bolton did look like a partner. But no longer. In the course of unfurling his agenda for a second term, Mr Trump is steering clear of his NSA’s war lust. Mr Trump may be embarrassed to admit it, but with his possible meeting with Iranian President Hassan Rouhani on the margins of the UN General Assembly later this month, he would be reverting to Mr Obama’s concept of bringing Iran into a West Asian power balance.

What Mr Trump is focusing on is what Mr Obama planned to focus on too — China. For Mr Obama, China was a strategic challenge that required him to be relatively free of his West Asian preoccupations. For Mr Trump, the challenge is visceral. He lamented to President Jimmy Carter that China was getting ahead of the United States. Mr Carter tried to calm him down. “China has not been at war with any country for 40 years; we have never been without war even for a day all these years.” That must have had a salutary effect on an impressionable though obstinate Donald Trump.

Encircling China is part of an overall strategy of “containing” it. Of this encirclement, a Buddhist ring is not without purpose. Ladakh, bordering Tibet, is the latest addition to this ring.

New Delhi has also been keeping a steady gaze on Sri Lanka, where Buddhist, Muslim and Christian factors came into play during the April 21 Easter Sunday massacre. Indian intelligence had alerted their counterparts in Colombo as early as April 4 that a major act of terror would be executed in the island nation, possibly near Easter. When the bombs were detonated in Colombo’s churches and hotels, killing nearly 300 people and injuring 500 others, the Indian intelligence agencies looked very impressive after the event, but there lingered a question: How did India know? Then the intelligence agencies from the United States, Britain, Israel, Australia and India all descended on Colombo with state-of-the-art technology.

Police officers with sniffer dogs discovered something mysterious in a branch of the Hilton Hotel; the dogs would not stop barking in front of one particular room. Dr Michael Roberts of the University of Adelaide broke the story on his blog. When embassy officials, after much persuasion, ultimately opened the room, the Sri Lankan police found two bomb detectors. The officials insisted that they were for their own safety. The overawed Sri Lanka police appears not to have pursued the obvious line of inquiry. Sniffer dogs would bark only if the detectors had been in contact with material which went into the manufacture of bombs.

One complicating factor in Sri Lanka is the divergent foreign policy preferences of President Maithripala Sirisena and Prime Minister Ranil Wickremesinghe. The President is a votary of China’s Belt and Road Initiative, while the Prime Minister has exerted every muscle to sign the Status of Forces Agreement which would give the US military a free run of an island. Note the head on conflict. The PM is keen that the SOFA is signed before the island’s general election next year.

There are some tell-tale details. I have earlier mentioned a research paper, “Weaponization of Religion”, by Darini Rajasingham-Senanayake. According to her, the growing Chinese influence on the island may well have been the target of the Easter attacks. Not only were hotels targeted that had Chinese affiliations, but the six Chinese who lost their lives were from the South China Institute of Oceanography. The Western agencies did not look at this data. They were focused only on the clash of civilisations and conflicts across faiths.

The Obama-John Kerry team’s priority became the nuclear deal with Iran, signed in 2015 for a reason — focusing on West Asian affairs on a daily basis was keeping the administration away from other global priorities that needed urgent attention — such as the pivot to Asia.

Lyndon Johnson’s colourful image was instructive. “It is better to have the camel in the tent, peeing out, than to leave it out, peeing in.” Iran was going to be part of the West Asian balance of power, along with Israel, Saudi Arabia, Egypt, Turkey and Qatar. Washington would then have the time to focus on the Asia-Pacific region.

To be characteristically contrary, Mr Trump walked out of the nuclear deal, made a mess with Europe and North Korea, and raised the stakes everywhere. But eventually he is picking up the thread where President Obama had left it. He is, indeed, pivoting to Asia. The US support to the protests in Hong Kong, playing up the Taiwan-China differences, the clumsily purposive American behaviour in Sri Lanka, and the economic showdown with Beijing are all part of Mr Trump’s risky, untidy “contain China” movement. But with Mr Trump, you know nothing until you do. Who would have expected him to propose a meeting with President Hassan Rouhani on the margins of the UN General Assembly? Or that he would initiate direct talks with the Houthis in Yemen, either with Saudi concurrence or without it, sailing above their heads? Prime Minister Benjamin Netanyahu will be hopping mad at this possible rapprochement with Iran. He cannot afford to have Iran smirking at him on the eve of a major election on September 17. He needs to win this election, otherwise he will spend a lifetime in jail for unspeakable corruption.