The King’s visit has also taken bilateral ties into the new area of defence cooperation. 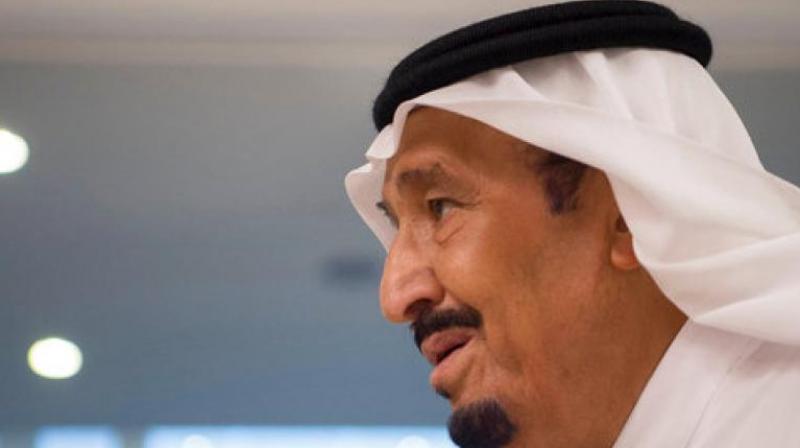 As Saudi monarch King Salman bin Abdulaziz landed in Moscow last week with a 1,500-strong entourage on a four-day state visit, he became the first Saudi ruler to visit the Kremlin, signalling a new phase in bilateral ties after a chequered engagement over several decades. The Cold War had kept the two countries divided over the civil war in Yemen, and later the Soviet occupation of Afghanistan, with diplomatic ties being established only in 1990.

There was a shortlived thaw when Crown Prince Abdullah visited Russia in 2003 and President Vladimir Putin came to Riyadh in 2007, when several wide-ranging agreements were signed, particularly in the oil and gas sector. But, after 2011, Russia and Saudi Arabia were again divided over Syria, where the kingdom pushed for regime change in Damascus. Russia directly entered the Syrian war theatre in 2015, ensuring that President Bashar al-Assad would not be removed by the opposition militia, most of them sponsored by Saudi Arabia and its allies.

The Syrian civil conflict coincided with the steady withdrawal of the United States from West Asia’s conflict zones. This made Russia the principal military and political force in West Asia, the driver of the Syrian peace process, in alliance with Iran and recently Turkey, that would also ensure a robust assault on the Islamic State and other rebel militia, the enforcement of “de-escalation zones”, and dialogue between the government and Opposition groups.

King Salman has thus joined a long line of leaders from Turkey, Syria, Jordan, Iran, Egypt and Israel who have visited Russia in recent times to seek the understanding and support of the czar in Moscow of their regional interests.

Commentators have struggled to describe the significance of this encounter: President Putin called it a “landmark event”, while Saudi foreign minister Adel Jubeir saw it as a “historic moment”; other Saudis have referred to it as an “exceptional event”, a “new phase” or “decisive turning point” in bilateral ties, and of “new horizons” being opened.

The reasons for this uncharacteristic enthusiasm are several. The kingdom is embroiled in two unwinnable wars, in Syria and Yemen, where it has spent billions of dollars but with no prospect of military victory. There are clear indications from Riyadh that Saudi Arabia has accepted that Bashar al-Assad will remain in office at least during a “transition” period, the length of which is not known.

But the King’s agenda in Moscow went beyond Syria. It included the fight against the Islamic State, maintaining the integrity of Iraq amid sectarian divisions and Kurdish aspirations for independence, and, above all, stabilising the oil markets so that producers can once again generate the revenues required to sustain national interests. In all these matters, Russia and Saudi Arabia are on the same side.

Where Russia and the kingdom part company is on Iran. King Salman reiterated in Moscow the Saudi position that, to achieve regional security and stability, Iran should stop its “interference” in the affairs of the neighbouring countries. This refers to Iran’s burgeoning role in regional affairs, particularly through Shia proxies, in Bahrain, Iraq, Syria, Yemen and Lebanon.

Mr Putin did not respond positively to the monarch’s overtures. In fact, the Russian media reminded the Saudis that Israeli Prime Minister Benjamin Netanyahu had been to Moscow four times in the last 18 months, seeking greater distance between Russia and Iran. In August this year, Mr Putin had rebuffed his proposal for a 60-km buffer zone between the Hezbollah/Iranian forces in Syria and the Israeli border; the maximum Mr Putin offered was a five-km exclusion zone, though he has allowed Israeli bombings on Hezbollah positions in Syria.

During the visit, the two countries signed a series of multi-billion-dollar investment deals, including one to create a $1 billion fund to pursue energy projects. The King’s visit has also taken bilateral ties into the new area of defence cooperation: Saudi Arabia plans to buy the Russian S-400 air defence systems, anti-tank guided missile systems and multiple rocket launchers.

These contracts will include transfer of technology arrangements and manufacture within the kingdom itself. There are also reports that Saudi Arabia might be interested in acquiring Russian aircraft in use in Syria, the Su-30SM and Su-35S fighters and the Su-34 fighter-bombers.

In response to some American reports that this outreach to Russia has left the United States “out in the cold”, Saudi writers have been at pains to clarify that the strengthening of Saudi-Russia ties does not imply a dilution of the kingdom’s relations with the US: the editor of Jeddah-based Arab News, Faisal Abbas has said these new ties are due to the reduced US role in West Asia in the Barack Obama era and will facilitate a solution to the Syrian conflict. But the kingdom’s ties with the US are a time-tested “strategic partnership”, a status that links with Russia do not have as yet.

Similarly, Salman al-Dossary, writing in Al-Sharq al Awsat, has said that Saudi ties with the US were “much deeper and more important strategically”. However, at a time of important changes in the world order, it made sense for Saudi Arabia to expand its options. In fact, Mr al-Dossary speculated that the Saudi overture to Russia could over time even reduce the efficacy of Iran-Russia relations.

While Saudi Arabia has every reason to be grateful to President Donald Trump for the fulsome support he has given to the kingdom’s anti-Iran “Islamic Military Alliance” during his visit to Riyadh in May and the visceral animosity he has displayed for the Islamic Republic, there is considerable uncertainty about the future US role in West Asia and whether this will include a larger US military footprint.

The kingdom has reached out to Moscow as the only active major power in West Asia that has built up a solid network of regional partners and is able to make a difference on the ground.