Opinion   Oped  06 Jan 2020  Identity rules in our time of culture wars, not our ideology
Opinion, Oped

Identity rules in our time of culture wars, not our ideology

Our antagonism for the “other” is now a key driver in social and military conflicts. 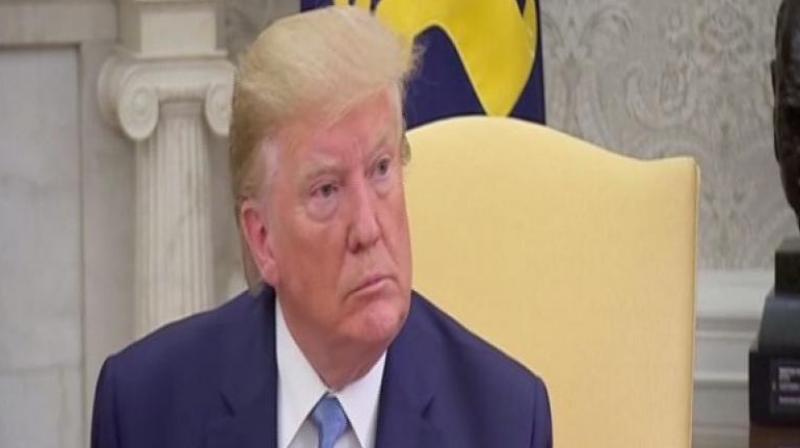 I have often wondered about questions related to identity. What defines it? Who shapes it? Above all, is it inborn or imposed? These questions take on greater urgency in today’s culture wars when positions are taken along tribal lines. Ideology and conviction now play a smaller part in determining our political views than our perception of who we are.

Our antagonism for the “other” is now a key driver in social and military conflicts. Immigrants inflame local prejudices and provoke phenomena like Brexit in the UK, and Trump’s election in the US. The rise of nationalism and extreme right-wing movements can be ascribed to the increasing presence of large numbers of foreigners in much of Europe.

In Pakistan, people have a growing tendency towards exclusionary positions where many assert that status is determined by faith and sect, i.e. you only count for something if you are Sunni, while all others are second-class citizens. Non-Muslims, of course, are beyond the pale.

Similar trends have emerged next door in India where the Hindutva ideology is becoming ever more dominant at the cost of secularism and pluralism. As the recent repressive steps taken in Kashmir and across India touching upon human rights for Muslims show, the space for the freedom of belief is fast shrinking, whatever the Indian Constitution might say. And while we may applaud the resistance to these proposed new laws discriminating against Muslims, the fact is that Modi and his extremist acolytes have a powerful mandate to change the nature of Nehru’s secular ideals. Kashmir, too, has felt the force of the Hindutva cosh. In a way, India’s change of path mirrors what we in Pakistan have gone through. The country was created as an Islamic state. Its first three decades or so were relatively free of extremism. So while Zia triggered our transition to an extreme version of religion, it is now Modi doing the same to India, but in terms of Hindu extremism.

On both sides of the border, identity is increasingly determined by faith, and not by the many layers of cultural, historical and linguistic markers that ought to be the norm. I would hate to think I am the product of only religious influence: surely there is space enough for centuries of history, a rich culture, and all the other factors that produce a fully rounded individual.

As the friction between competing identities grows, violence is bound to ensue. “My god is more powerful than yours” is the subtext here. But this has ever been so as tribes battled each other for territory and treasure. The bloody wars between Catholics and Protestants that tore Europe apart in the Middle Ages serve to remind us of the power of the unending conflicts that have engulfed entire continents.

So how do we escape this self-created trap of ethnicity and extremism? Surely we can rise above our day-to-day prejudices, and accept that others have the right to be different.

Apart from the variations in dress and behaviour, we are intolerant of the clothes people wear; the manner in which they pray, speak, eat and think is also subject to criticism and censure. Just the smell of garlic and onions cooking can trigger contempt. These are all human reactions that can result in unreasonable resentment.

So how do we temper these negative sentiments and make them more palatable? Is there a way of bringing people together to overcome prejudices and the residue of ancient hatreds?

Currently, it is enough to get you killed in India if you are suspected of cooking or possessing beef. Vigilante justice rules supreme, and cow worship, despite its dubious religious and historical roots, brooks no argument.

This zero tolerance is increasing with time. “Sorry” doesn’t cut it any longer. If you have eaten a mouthful of beef (and even if you haven’t, but people think you have), a thrashing is the best you can expect.

Meanwhile, at home, allegations of blasphemy can take you to a whole new level of pain and torment.

So I ask again: how do we, as a species, become more tolerant? If anything, the trend is flowing in the opposite direction. If Brexit teaches us anything, it is that human beings are conditioned to behave in a certain predetermined manner, and attempts to overcome this indoctrination have seldom been successful.

And yet we are also resilient and flexible when the need arises. The question is whether we can put ancient grudges and animosities behind us as we move forward. On current evidence, probably not.

So as we stumble on, prisoners of our prejudices, we can only wish for luck and wisdom. However, prayer will take us only so far: we need to want a change in our behaviour before we can have a civilised conversation where we can argue from genuinely different points of view.