Exchanging gifts with siblings is an amazing way to strengthen ties and reduce rivalry between siblings. 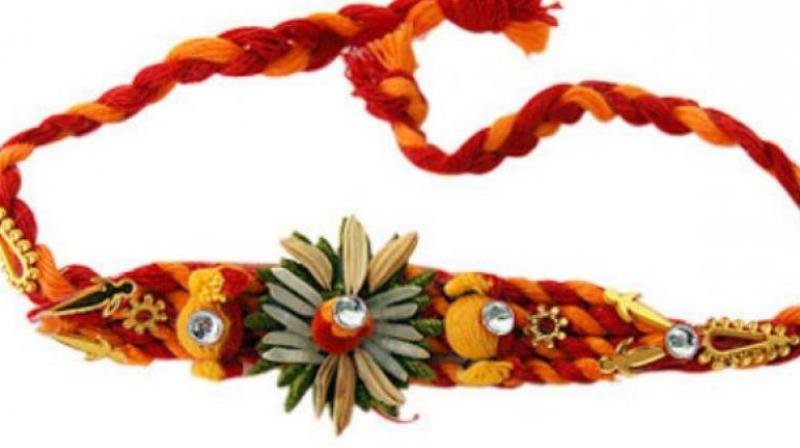 Rakshabandhan is celebrated on the full moon day of Shravan — the fifth month of the luni-solar calendar.

The bond between a brother and a sister is unique. It is full of love, unconditional support, camaraderie, fights and friendship. Our festivals like Rakshabandhan and Bhai Dooj beautifully seek to strengthen the bond between brothers and sisters.

Rakshabandhan is celebrated on the full moon day of Shravan — the fifth month of the luni-solar calendar. It has great significance for the entire Indian subcontinent, as it is connected to the arrival of the South-West monsoons. Shravan is also considered a month of upvaas or fasting.

On Rakshabandhan, sisters tie the thread called Rakhi on her brother’s wrist. This beautiful thread is believed to protect her brother from all jinxes and hexes in life. In return, brothers take an oath that they will stand by their sisters, both in joy and grief, sorrow and celebration.

This is something which is similar to the Islamic concept of Sila Rahmi (strengthening the ties of kinship). Prophet Mohammad laid great emphasis on evolving relationship with all family members, particularly between the brothers and sisters. One of his traditions is: “Charity (sadaqa) given to the poor is virtuous, but an ordinary act. However, by giving charity to a relative (particularly brother and sister), one achieves two noble objectives: sadaqah and silah rahmi (upholding the family bond).”

However, Prophet Mohammad cautioned about the sibling rivalry or envy which sometimes turns into an unfavourable form of Qat’a al-Rahm (severing family ties) leading to a disastrous result. As a matter of fact, sibling rivalry is an inbuilt human emotion that turns into ethical flaw, when it involves vying for parental compassion, attention or primacy or preference over the other siblings. Such kind of envy (rashk) is an inherent and indispensable trait that can be overlooked until it takes an ugly form of jealousy (hasad) which is not healthy or positive in any way. In his word of caution, the Prophet stated: “beware of jealousy; for jealousy eats good deeds just as the fire eats wood”.

But at the same time, the Prophet is reported to have exhorted the parents to accord equal rights and compassion to their children — sons and daughters. Clearly, most sibling rivalry results from the perceived loss of equal amount of attention, compassion, love and care from the parents. It is unsettling for daughters or sons if they feel they are getting unequal amounts of attention from their parents and the other siblings are given greater care and respect than themselves. Often, too much expectation for good behaviour from the elder sibling is also a cause of rivalry, as Kyla Boyse, an eminent psychologist has noted.

Conversely to the sibling rivalry, on Rakshabandhan, brothers express their love and care for their sisters by wearing Rakhi all day long and sometimes for a week. They gove gifts in form of cash, clothes, perfumes etc. Exchanging gifts with siblings is an amazing way to strengthen ties and reduce rivalry between siblings. Prophet said: “Exchange gifts with one another, you will create love and goodwill amongst yourselves.”