A group of fourteen countries formed the core of the Heart of Asia process. 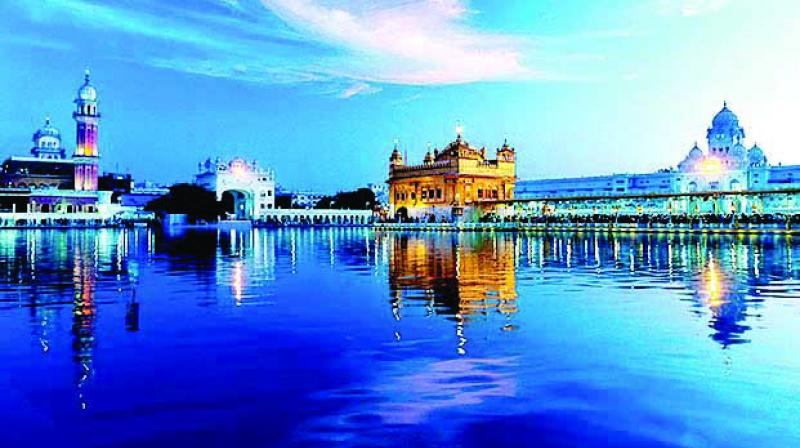 Afghanistan has long complained of Pakistan impeding its access to India.

The choice before delegates to the Heart of Asia conference at Amritsar, is simple — as much as the focus must remain on rebuilding war-ravaged Afghanistan, the resurgence of Pakistan-backed Taliban as US-Nato troops draw down without putting a collective security system in place, is the biggest challenge before the Ashraf Ghani government. With Pakistan, inimical to a larger Indian role in Afghanistan, and Pakistan’s PM Nawaz Sharif’s special envoy Sartaj Aziz, angling to mend fences with PM Modi, will India and Afghanistan continue with plans to name and shame Pakistan on terror, or going forward, use the opportunity to place former premier Manmohan Singh’s ‘breakfast in Amritsar, lunch in Lahore and dinner in Kabul’  at the very heart of Asia.. Three eminent commentators from Delhi, Lahore and Kabul air their views.

Prime Minister Narendra Modi and Afghan President Ashraf Ghani will jointly inaugurate the 6th Ministerial Meeting of the Heart of Asia process in Amritsar on December 4. Long term observers of India’s role in Afghanistan would have noted that by hosting such a large multilateral meeting India would be finally burying the veto that Pakistan had sought to impose on India’s participation in international and regional processes on different facets of the Afghanistan situation. This was ironic for it has been Pakistan’s obstinately negative role that has prevented Afghanistan’s stabilization. However, the Western Powers and important Islamic countries such as Turkey pandered to Pakistan’s India obsession in the elusive hope that by excluding India they would secure Pakistan’s good behaviour in Afghanistan.

The Heart of Asia process emerged out of the Istanbul Conference for Afghanistan organised by Turkey in November 2011. Its object was to enhance Afghanistan’s security through regional cooperation. India was invited to this meeting, though in January the previous year, Turkey had kept India out of a regional countries meeting on Afghanistan on Pakistan’s insistence; Turkish-Pakistan ties have been traditionally strong. A group of fourteen countries formed the core of the Heart of Asia process. These include China, Russia, India, Saudi Arabia, some Central Asian states, Iran and Pakistan. A large number of Western countries particularly the US form a group of supporting countries.

The US encouraged the Heart of Asia process from the start as it was part of its withdrawal strategy from Afghanistan. As the US completed a decade of combat operations in Afghanistan in 2011, it was obvious that the Taliban were far from being defeated and with active and large Pakistani support, the Taliban could carry on indefinitely. President Obama wanted to withdraw military forces and make the region reconcile its interests in Afghanistan and take over a larger responsibility for the country’s stabilization. The then Afghan President Hamid Karzai had many differences with the Americans by then, and with Pakistan, but on this issue he went along with Obama in the hope that Pakistan would feel another source of pressure to reduce its interference in Afghan affairs. Afghanistan is the permanent chair of the Heart of Asia process. The co-chair rotates among the other member countries. It is therefore both natural and appropriate that Afghanistan should fix the theme of ministerial meetings. For the Amritsar meeting, Afghanistan is focussing on the need to eliminate terrorism and improve connectivity for its stabilization and regional prosperity. India can only be in complete harmony with these themes.

To meet the continuing challenge of terrorism which is perpetrated by the Taliban in Afghanistan the Ghani-Abdullah led government has prepared a draft of Regional Counter-Terrorism Framework which it would like the Amritsar meeting to adopt. The Framework focuses on collective measures that the regional countries need to take. It is obvious from what the Afghan Ambassador to India briefed the media about, that the Framework includes a reference to the need to close sanctuaries given to terrorists.

The only country that gives the Taliban sanctuaries is Pakistan. On its part Pakistan claims that Tehreek-e-Taliban-e-Pakistan (TTP) leaders and cadres have found refuge in Afghanistan from where they have launched operations against targets in Pakistan. It will be interesting to see how the meeting finally handles the Afghan draft which will no doubt receive India’s full support. Modi and Ghani will no doubt emphasise that the region has to fight the menace of terrorism collectively and that a strong message needs to be given to countries that use terror. No one will be left in any doubt that their target is Pakistan.

Afghanistan has long complained of Pakistan impeding its access to India. It does not allow Indian goods to go to Afghanistan via the land route through the Wagah border though it permits Afghan exports to India through its territory to reach Indian via the Wagah border. Hence, Afghanistan has linked prosperity and connectivity as a theme for the meeting. Indeed Amritsar symbolises the old connections that linked Afghanistan to the Indian sub-continent. Hence, it is a telling venue for the meeting.

Read: There’s a hole in the heart of Asia

It is unlikely though that Pakistan will relent on this issue. It is comforted by the connectivity that will be provided by the China-Pakistan Economic Corridor and besides does not wish to lose the captive market it has in Afghanistan in the absence of Indian competition that will happen if the Wagah route was open to Indian trade with Afghanistan.

Sartaj Aziz, foreign policy advisor of Pakistan Prime Minister Nawaz Sharif will lead the Pakistan delegation to the meeting. Aziz had commented last week that Pakistan would be open to talks with India on the sidelines of the meeting. India-Pakistan relations have been in the freezer through this year because of the Pathankot, Uri and the recent Nagrota terrorist incidents and also Pakistan’s high pitched support for the Kashmir valley agitation that occurred after the terrorist Burhan Wani’s killing in July. There is naturally interest in the Indian media about Aziz’s visit as this would be the first ministerial level visit from Pakistan this year. However, there is no need to begin the dialogue process with Pakistan till it does not abandon its sponsorship of terrorism against India. The official clarification that there will be no India-Pakistan talks on the sidelines of the meeting is therefore timely.