Pakistanis from shifting blame on its deteriorating security situation and growing intolerance on the footsteps of the Afghan government. 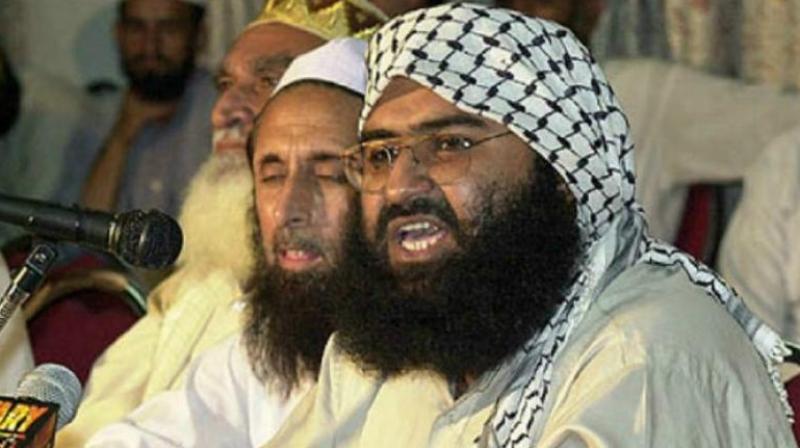 Pakistan is furiously cobbling together alternative geostrategic tieups with the prospect of a questionable future looming large with its traditional ally, the United States. Having escaped the first wave of Donald Trump’s formal censure via the proposed seven-country “immigration ban”, Islamabad is equally aware of the parallel risks in punting exclusively on Beijing. China is the hardheaded apostle of realpolitik and its ostensible “all-weather friendship” with Pakistan is bereft of any cultural, civilisational or emotional context. It is the marriage of convenience and circumstances, forever susceptible to the vicissitudes of the fickle, need-based approach. China’s economic largesse, for example the China-Pakistan Economic Corridor (CPEC) and its convenient non-preachy tolerance of Pakistan’s complicity in terror (often with a tacit encouragement e.g. Beijing’s invaluable help in stalling the designation of the Pak-sponsored, Masood Azar as an “international terrorist”), is a temporary counterpoise and relief to wary Pakistanis.

Pakistan’s two other principal “blocs” of geostrategic participation — Saarc and Organisation of Islamic Countries (OIC) — are both floundering for Pakistan. While the OIC is mired with its own existential, imploding and sectarian challenges, Saarc has been less than propitious in recent times, with India lending the cold shoulder in the last Saarc meet in Islamabad. This has led to Pakistan investing in direct bilateral relationships (“free trade” agreements with Turkey and Saudi Arabia), as well as wagering on nascent “blocs” like the Economic Cooperation Organisation (ECO). The ECO is a sub-set of the OIC as it is a “bloc” of Muslim-majority countries, which span from Turkey, Iran, Afghanistan, Pakistan to the Central Asian countries — a geographical land mass that interconnects the landlocked, energy-rich Central Asian region with the Mediterranean ports in Turkey to the Arabian Sea ports in Iran and Pakistan.

However, the latest ECO summit in Islamabad too got a flavour of Pakistan’s increased international and regional isolation, when Afghanistan decided to send an unmistakable message of its displeasure to the host nation, Pakistan. Afghanistan refused to send the requisite high-level representation in the form of the President, chief executive or its foreign minister (all other member countries were represented by the seniormost officials). This open AfPak hostility is in the dark backdrop of the bitter innuendos and cross-accusations that has typified the Pakistani narrative vis-à-vis its neighbours — India, Iran and Afghanistan. The tone of Afghan belligerence and impatience towards Islamabad’s duplicity and insincerity has come a long way, since the initial long rope extended to the Pakistanis by Afghan President Ashraf Ghani. Today, the fingerprints in most terror attacks on Afghan soil are traceable to the benefactors in Pakistan, and worse, the Pakistani establishment. From the attack on the Indian consulate in Mazar-e-Sharif to the recent Pakistani shelling on the fractious AfPak border, the slide in the relationship is blatantly confrontational.

This buildup of fractures was evident to all when the Afghan President lambasted Pakistan in the “Heart of Asia” summit at Amritsar last November, with Pakistan’s adviser to PM on foreign affairs Sartaj Aziz in the audience — he lashed out at the Pakistani offer of aid by saying, “We need to identify cross-border terrorism and a fund to combat terrorism. Pakistan has pledged $500 million for Afghanistan’s development. This amount can be spent to contain extremism,” and further added: “Afghanistan suffered the highest number of casualties last year. This is unacceptable... Some still provide sanctuary for terrorists. As a Taliban figure said recently, if they had no sanctuary in Pakistan, they wouldn’t last a month.”

In a quid pro quo, the Pakistanis have upped the counter-ante on the ostensible “sanctuaries” of anti-Pakistani militants in Afghanistan’s eastern borders. The bloody attack in the shrine of the Sufi saint, Lal Shahbaz Qalandar in Sehwan, Sindh, which left nearly 100 dead by the ISIS-“Khorasan faction”, has led to a reverse accusation and fingerpointing at Afghanistan. Even though the ISIS “Khorasan faction” is predominant in the Nangarhar province of Afghanistan, and is embroiled in a bitter slugfest with the Afghan National Army — it didn’t stop the Pakistanis from shifting blame on its deteriorating security situation and growing intolerance on the footsteps of the Afghan government. The tit-for-tat that followed saw the Pakistanis brazenly asking the Afghans to hand over 76 alleged militants, while the Afghans retaliated almost immediately with their own list of 85 militants (mostly from the ISI-aided Haqqani Network), supposedly in Pakistan along with a further list of 32 training centres!

Earlier in the year, on meeting the Pakistani Chief of Army Staff, Gen. Qamar Bajwa, the Afghan President had presciently stated: “Those who have claimed responsibility for these recent attacks freely operate, live and recruit in Pakistan, but so far there has been no action against them.” After the Sehwan terror strike, a perfect role reversal ensued with Islamabad summoning Afghan officials for strong words and a dossier of names to be “neutralised”.

This Pakistani blame game with Afghanistan is eerily reminiscent of the India-Pakistan equation wherein the “terror sanctuaries” get conveniently brushed under the Pakistani carpet with a rote “non-state-actors” line. This dangerously ensures that the Pakistanis continue investing in their flawed belief of retaining “strategic depth”, by supporting extremist organisations in the neighbouring countries. However, the vexatious jihadist ecosystem that the Pakistanis have singularly created and harnessed over the years, has a dynamic of its own that often spills out of the control levers of the Pakistani establishment and afflicts a bloody toll on its creator. This self-inflicted misery cannot be deflected onto Pakistan’s already suffering neighbours. Like India, the Afghans have lost faith and patience in Pakistan’s words and actions. The onus of dismantling the terror infrastructure in the Asian subcontinent resides squarely in Pakistan — once the fundamental shift in policy and outlook is enforced by Islamabad, the parallel collapse in the terror industry in Afghanistan and India is virtually guaranteed. The latest angst in the AfPak relationship is an evitable and extended outcome of the Frankensteinian project conceived by Pakistan itself.