It is very clear that the United States will no longer be looked upon as a dependable partner. 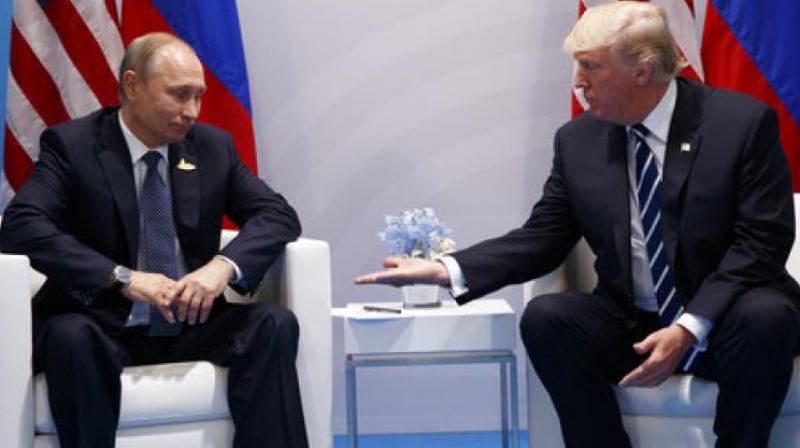 The Helsinki summit between Presidents Trump and Putin on July 16 reinforced these trends.

The world order that emerged in the aftermath of the Second World War under the leadership of the United States had, in the words of Henry Kissinger, the following features: “An inexorably expanding cooperative order of states observing common rules and norms, embracing liberal economic systems, forswearing territorial conquest, respecting national sovereignty, and adopting participatory and democratic systems of governance”. It was rooted in the Westphalian consensus of 1648 which comprised “a multiplicity of political units, none powerful enough to defeat all others, many adhering to contradictory philosophies and internal practices in search of neutral rules to regulate their conduct and mitigate conflict”. Thus, the post-war system had two basic components: “a set of commonly accepted rules that defined the limits of permissible action, and a balance of power that enforced restraint where the rules break down, preventing one political unit from subjugating all others”.

The first major jolt to the post-war balance of power was when the Soviet Union collapsed and the Cold War ended, leading to the emergence of the “unipolar” world led by America. But this was challenged when a non-state transnational actor struck at the heart of America’s sovereignty on September 11, 2001. Since then the world order has been in flux. Global norms are being violated. Territorial conquests are being undertaken. The national sovereignty of other nations is not respected. The world is seeing the birth pangs of a new balance of power. The shape it will take remains unclear.

The most significant development is China’s rise in the 21st century. China’s economic growth, spurred by Deng Xiaoping’s 1978 economic liberalisation, brought miraculous results by the beginning of the 21st century. China’s GDP jumped from 2.3 per cent of the world total in 1980 to 7.3 per cent in 2000, 17 per cent in 2015 and is estimated to be 18.5 per cent in 2018. By 2017, it was the biggest exporter, capturing 13 per cent of world exports. Exports constitute 38 per cent of its GDP. In 2017, its military expenditure was 13 per cent of the world total, making it the second biggest arms spender. China’s growing power led Xi Jinping to enunciate the “Chinese Dream” concept in 2013, that implied restoring China’s “national glory”, making it the sole superpower by 2049, the centenary of its 1949 revolution. China’s global behaviour acquired arrogance and aggressiveness, which became manifest in the South and East China Seas and the India-China border. China rejected the Permanent Court of Arbitration’s award in 2016 which upheld the Philippines’ view that China’s claim to the nine-dash line was invalid under international law. China continued to reclaim the strategically located islands in the South China Sea and build military structures on them, violating the principle of freedom of navigation. Chinese behaviour thus reflected attempts to make territorial conquests, violate the national sovereignty of others and disrespect the rule-based international order. The next important dynamic was Russia’s resurgence in the 21st century, which is really the Putin era. He has been Russia’s President since 2000, except for the 2008-2012 period. Mr Putin sought to reassert Russia as a great power and to restructure international order, which he believed was heavily tilted in favour of the US. He strove to build a robust military able to project power and safeguard Russia’s strategic interests. Russia’s defence spending, which was $27 billion and just 2.4 per cent of GDP in 2006, reached $61 billion in 2016, that was 4.5 per cent of its GDP. Russia annexed the Crimea from Ukraine in 2014 without any Western resistance, and continued to intervene in Ukraine to not allow it to become a part of the Western bloc. Russia’s military intervention in Syria has successfully strengthened its ally Bashar al-Assad, forcing the West to accept Russia as a power to be reckoned with. But Russia has clearly shown its ability to commit territorial aggression and violate the sovereignty of other nations with impunity. The rule-based international order is thus fractured.

The third obvious power contributing to the breakdown of the post-war order is the US itself. The US is doing the maximum damage to the international system by proclaiming the “America First” doctrine under President Donald Trump, which cuts into the very spirit of “collective security”, the basis of the United Nations. Mr Trump’s “unilateralism” and arrogance derive from the fact that US remains militarily the most powerful nation in the world. Mr Trump’s unilateralism is evident in his withdrawal from the Paris climate change pact, the Trans-Pacific Partnership, the Iran nuclear deal and his admonition to Nato members over inadequate military expenditure. His humiliating remarks to Nato leaders, imposition of tariffs on European imports and bouts of coziness with the authoritarian leaders of China, Russia and North Korea have weakened the Western alliance. The fact that neither he nor his predecessor thought it prudent to militarily resist China’s territorial expansion in the South China Sea means that violation of national sovereignty is now being seen as permissible.

The increasing importance of the Indo-Pacific region, China’s attempts to dominate it and the rise of the “Quadrilateral” to counter the domination is another set of variables which have disturbed the existing balance of power. About 25 per cent of the entire seaborne oil traffic, amounting to over 15 million barrels per day, is handled by the Malacca Straits. China and Japan are dependent on it upto 80 per cent and 60 per cent of their needs respectively. The rising energy needs of China and India make the Indo-Pacific region a fiercely competitive battleground between China and India. The coming together of the US, Japan, Australia and India to collectively ensure freedom of navigation in the entire region is therefore an important strategic initiative which is likely to impact the emerging world order.

The Helsinki summit between Presidents Trump and Putin on July 16 reinforced these trends. It also further widened the rift within US politics and weakened the Western alliance. On the other hand, Russia’s stature got elevated. As a result, the Russia-China alliance will get greater salience.

In this volatile international situation, one can only discern the contours of the emerging order which may need some more years to take shape. It is very clear that the United States will no longer be looked upon as a dependable partner. Alliances and partnerships will be a thing of the past. Relations will be conducted on an ad hoc basis. There will be a power sharing struggle between the US, Russia and China as major military powers. They will dominate global decision-making in matters of peace and security. Europe, India and Japan as significant economic-cum-technological powers will emerge as the “swing” states, casting their votes in accordance with their national interests. So also will be the behaviour of most regional powers. The UN Security Council, whose permanent membership may remain unchanged in the foreseeable future, is likely to be disregarded more than ever before because of a lack of consensus among the major powers. As far as India is concerned, it has to register much faster economic growth and military modernisation to graduate to the status of a principal actor from a mere “swing state”.