I am deliberately mentioning the Naxal problem in the end but the main area of focus for the government remains Kashmir, says Prakash Singh. 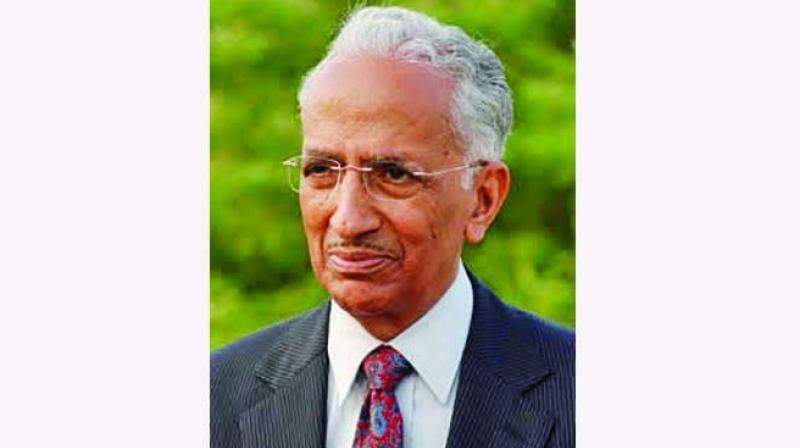 Prakash Singh, a highly decorated former IPS officer, is one of the leading voices in the country on issues of internal security, police modernisation and functioning. He has had the distinction of not only heading one of the biggest Central paramilitary forces, the Border Security Forces, but was also the director general of police of the country’s biggest state, Uttar Pradesh. He spoke with RAJNISH SHARMA on issues ranging from security challenges and priorities for the new NDA government to some of the recent and important changes introduced in the National Investigation Agency Act and the Unlawful Activities Prevention Act.

I am deliberately mentioning the Naxal problem in the end but the main area of focus for the government remains Kashmir. I feel strong measures like the recent attachment of properties of separatist leaders like Asiya Andrabi should have been taken long back and don’t know why the security agencies were dragging their feet. I welcome tough measures like separatist leaders being booked in terms of funding or other anti-national activities because such elements have already been given a very long rope. But the government needs to urgently address the issue of radicalisation in the Valley because if one is to analyse the recent trend in the Valley it reveals that more local Kashmiri militants are being killed when earlier it was more of the foreign subversive elements. However, the government and other agencies working in Kashmir need to be more imaginative in dealing with the overall issue rather than trying to steamroll it. So issues of radicalisation and overall development, growth and ensuring that the Kashmiri youth join the mainstream also should be looked into.

On the Maoist front, the government claims that the situation is far better and it needs to go in for a final push. However, I feel that one needs to be extremely cautious. Even in the past, whether it was during the 1980s or in 2004, there was a view that the Naxals were in a state of retreat, but they managed to resurrect themselves in a more dangerous manner. So if the government feels that the Naxal problem is going away, it should be very careful. Apart from the security aspect, one needs to urgently address issues related to the tribal populations in Naxal-infested states — those dealing with their land issues and forest rights. Taking away land from tribals in the name of development should be handled immediately.

On the Northeastern front, I feel that the framework agreed on with the NSCN(IM) is not working on the ground as the group is actively involved in extortion, collecting funds and other subversive activities. NSCN is also helping other terror outfits in the region. Though we have a good interlocutor like N. Ravi on the NSCN issue but the activities of this group need to be checked.

And you talked about priorities for the government.
Yes, as a priority, having a long-term policy on dealing with terrorism is a major issue. Now, even outfits like the Al Qaeda have issued a statement over targeting Kashmir. So one needs to closely monitor what would be its impact and spread among the minorities. For instance, if you see how effective the Indian Mujahideen was in carrying out serial blasts between 2006-09, we need to ensure that such external factors to not lead to a repeat of this.

Though the focus is on Pakistan-sponsored terrorism, we cannot ignore the involvement of China as well. There are now confirmed reports that China has been funding and even providing weapons to some militant groups in the Northeast.

Like I mentioned earlier, another priority area for the government should be on dealing with administrative problems in tribal dominated areas in Maoist affected states. The government must address the problems and concerns of tribals, particularly regarding their lands and forest rights.

Another major priority for the government should be to insulate the security forces and police from any kind of political and administrative interference. The government must ensure that the common man has complete faith and trust in getting justice from the police and security forces.

The government has recently amended the National Investigation Agency (NIA) Act and Unlawful Activities Prevention Act (UAPA) to give more powers to the NIA and even designate individuals as terrorists. What do you think of this move?
I feel that this is a very good development as investigating agencies, specially like the NIA, need to be given more powers to deal with terror-related offences. Those subversive elements who are working against the interests of the country need to dealt with very firmly. Now, with threats from outfits like the Al Qaeda and ISIS we need to have a stronger legal framework in place. Though the Al Qaeda does not have much of a presence, but terror groups like ISIS are able to attract followers due to the use of the social media and radicalise them — so this is a big challenge for the country as a whole. Maybe we can have tougher laws to deal with it.

So are you suggesting that we need to have more stringent laws despite amendments to the NIA and UAPA Acts?
Yes, I am in favour of more stringent laws to deal with subversive or terrorist elements. Stringent laws will work as a big deterrent for those working against the country and I feel that some of these elements, particularly the separatists in Kashmir, have already been given a very long rope.