In Mizoram, in the Northeast, the governor hoisted the flag at an empty ground, with only the security forces present. 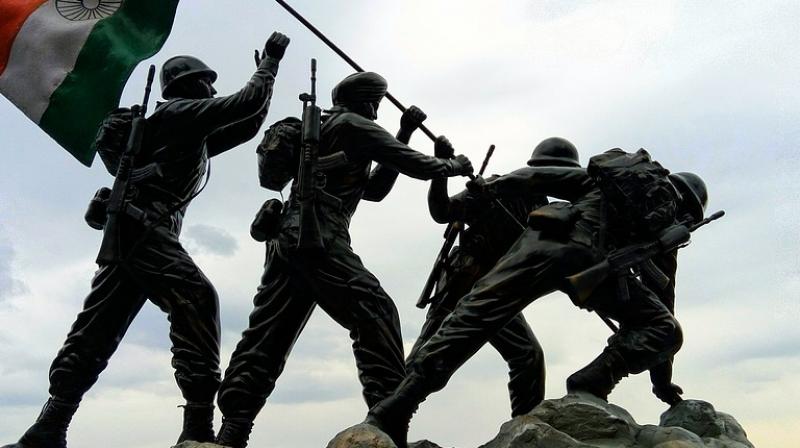 In Assam, the police ensured no one who stepped out carried any black cloth as there was a blanket ban on showing the colour black as a mark of protest against the government. (Photo: Pixabay)

This is something that we should reflect upon as a nation. In the most sensitive parts of the country, Kashmir and the Northeastern states, in which the security situation frequently remains unpredictable, the Republic Day celebrations were practically a washout.

This was not on account of anything done by the residents of these states, but for the reason that the policies of the Centre or security agencies guided by it have been short-sighted and whipped up needless concerns among the public in these regions.

In Srinagar, half a dozen video and photo-journalists, among them well-known individuals working for reputed national and international organisations and who have been security-cleared for decades, found themselves barred from entry at the Sher-e-Kashmir stadium to cover the official Republic Day function. They had been issued invitation cards and had security passes. Yet, the CID held that there were “adverse” reports on them.

In a state where not a bird moves without the security apparatus knowing, it is surprising that invitations were issued to these professionals in spite of CID’s adverse findings. No less surprisingly, the journalists in question were not informed by the authorities about the negative entries against them, and no explanations were sought before Republic Day.

Consequently, the journalist community as a whole boycotted the R-Day function and held a silent protest march, and of course there was no coverage of the most important day having constitutional significance for the country.

It may not even have occurred to the wooden security bureaucracy and the wider dispensation under President’s rule in J&K that only Pakistan can draw satisfaction from such a development, politically and psychologically. The alienation in the valley — that invisible thing for which there is no barometer — would have got that much deeper. If the matter is a result of bureaucratic bungling, no time should be lost in penalising the guilty or overzealous officials.

In Mizoram, in the Northeast, the governor hoisted the flag at an empty ground, with only the security forces present. The public had boycotted the event. In some other states too in this ultra-sensitive region, the people took no part in celebrating Republic Day. The security was tight. In Assam, the police ensured no one who stepped out carried any black cloth as there was a blanket ban on showing the colour black as a mark of protest against the government.

The states of the Northeast have seen waves of protests in the recent period on account of the Centre’s zealousness to push through the Citizenship (Amendment) Bill whose aim is to permit illegal Hindu immigrants into India. The relevant country in the context is Bangladesh, from which illegal Hindu immigrants are sought to be settled in India because the BJP is making a big push to win Lok Sabha seats in West Bengal. Politics affecting the security situation should not be played.