Opinion   Edit  26 Apr 2020  AA Edit: Are we winning or losing after one month of lockdown?
Opinion, Edit

AA Edit: Are we winning or losing after one month of lockdown? 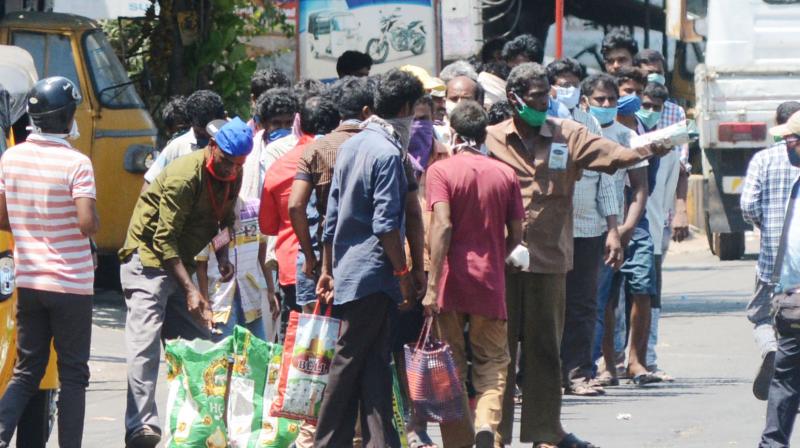 The results of the national lockdown, announced by Prime Minister Narenda Modi to contain Covid-19 pandemic, are still hazy. It was originally intended to be in force for 21 days, and has since been extended by 19 days.

India had 536 cases of infections and 10 deaths the day it began, March 24; the number of new cases that surfaced each day used to be between 100 and 200. A month later, as per the data available with the Indian Council for Medical Research (ICMR), India has 21,797 samples confirmed positive for the disease as on April 23; the number of deaths is 686 and the number of new cases varies from 1,000 to 2,000 with no clear pattern.

An analysis of the data shows that the number of days it took to cover the first 10,000 cases was about 72 days but the count doubled in the next eight days. In the meanwhile, India has ramped up testing, and the number today stands at 5,00,542 samples, which is commendable.

There are some nations that have performed very well in the same period, like South Korea. The Asian nation had 9,037 cases on March 24 but it has almost plateaued today with 11,000. Italy, which had one of the worst runs of the virus, had reported 69,176 cases on March 24, and the number today is two-and-a-half times the original one with over 25,000 deaths. The new hotspot, the United States, has recorded close to nine lakh cases, which is about 20 times the figure it was a month ago.

We are nowhere near the target of flattening the curve but there has been no exponential growth of infections either, and the lockdown must have played a role in it. As a nation, we must sit down and take an honest account of its real impact.

True, new hotspots keep emerging, but there have also been successful containment models the rest of the nation can emulate. The common feature of all those bright spots has been aggressive contact tracing, screening, testing and quarantine. This worked in Kasargod in Kerala and Bhilwara in Rajasthan. The success of Kerala, by and large, owes it to this fool-proof strategy. The sad part of the story is that the Union government, apart from locking down the nation, has taken no lead in ensuring that this pattern is followed across the country.

The devastating impact of lockdown on the lives of millions of poor and on the national economy should not be lost sight of. India saw the unacceptable visuals of thousands of migrant workers with no guarantee for food and employment walking to their home villages thousands of miles away from the towns where they had been working for years. It was a collective failure of the Union and state governments that led to this reverse migration. The nation benefited from the lockdown but the jury is still out whether it matched the losses it incurred when it completes a month.