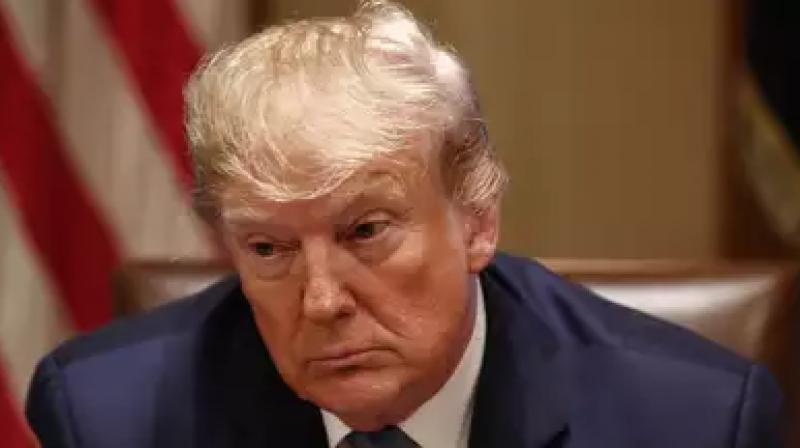 The jingoism of the US President Donald Trump is seen coming to the fore in his government suspending a range of work, business and university research-related visas for the rest of the year.

The president has for four years been building more than a metaphorical wall between the country seen universally as the land of opportunity and the rest of the world and these restrictions are a part of larger aims that go against globalisation.

The H-1B visa ban, coming on top of a suspension in April of green cards for 60 days, further fulfils Mr Trump’s narrow view of the impending November poll. As the incumbent he is using every means to retain his seat.

The curbs on visas, green cards and asylum-seeking applicants would appeal directly to the people of his essentially white and right wing constituency who have been fighting to “Make America Great Again”.

The Democrats may dismiss Mr Trump as the “xenophobe-in-chief”, but he has been clever in using the pretext of the pandemic to issue a series of policy changes affecting the whole immigration system.

The move may immediately open up more than five lakh jobs for Americans at a time of economic distress even though many may not be qualified or willing to take up those jobs.

While Mr Trump can be expected to stop at nothing in his bid for a second term, what his visa ban does is to shatter the dreams of Indian techies as they have been the biggest beneficiaries of a pioneering IT-enabled US system that has excelled while redefining several paradigms of modern life.

No wonder then that IT Czars like Sundar Pichai, Satya Nadella and Elon Musk, all US immigrants, are protesting volubly.

Apart from businesses and universities, thousands of individuals will also be left stranded abroad for much longer, among them mothers of children who are American citizens. The Indian diaspora will have to contend with a dampener on the furthering of the “American Dream”, which means so much in the absence of similar opportunities in India.

The domestic IT scene has had more to do with playing the back office for the corporate world rather than leading from the front as scores of CEOs of Indian origin do in heading America’s global behemoths. It is simplistic to say India can use the talent in reversing the brain drain.

This is a difficult proposition since India is likely to be badly affected in any post-Covid scenario.

Mr Trump may believe he has charmed his voters, but he may have made many more determined to down him on November 3 even as American IT has been given a reason to boost the prospects of Democrat Joe R. Biden.

The question is, in the historically weak position he finds himself in amid the coronavirus pandemic and Black Lives Matter protests, can the authoritarian Mr Trump’s work visa curbs be sufficient to tilt the scales?