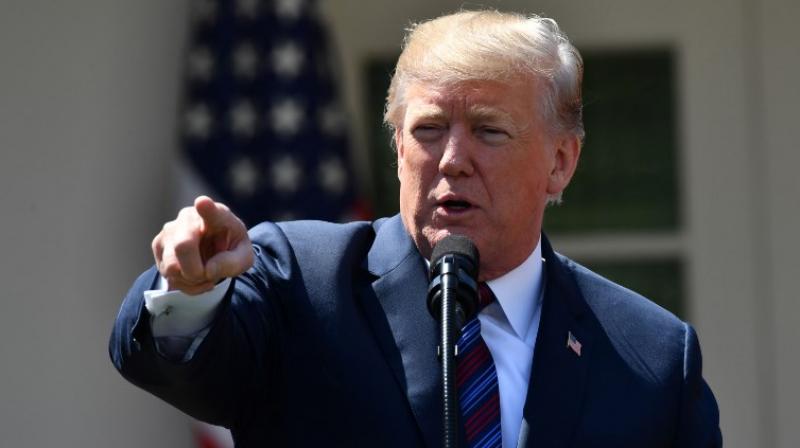 A deflated Donald Trump left his Tulsa campaign meeting on Sunday wondering why more than two-thirds of the seats were empty at the Bank of Oklahoma Center.

His campaign managers, including his son-in-Law Jared Kushner, would be clutching at straws if they place their faith in reports that Tik-Tok teenagers and K-pop fans had booked tickets only to not turn up and hence show what they thought of the US President seeking re-election in November.

Truth to be told All who sit on elected seats will resemble lame ducks in the last days of their term. In Trump’s case, not even the fear of the virus and youth who spurn him can explain the plunging pre-poll popularity numbers.

His former NSA John Bolton is handing out sinister warnings about what this President, if reelected, could do to damage American democratic structures. “He is a danger for the republic” was Bolton's most charitable comment, prior to the official release of his book - 'The Room Where It Happened' - on Tuesday, on Trump’s cavalier attitude to the checks and balances of democracy.

'Beware of Trump' is the larger message and one very valid for India because out here he is seen as the friendliest other half of ‘bonhomie bear hugs' from Indian Prime Minister Narendra Modi.

At a critical moment when India is still not far enough away from the brink of war, empty promises of helping out neighbours coming to blows replaced the regular Trump offer to mediate.

Far from demonstrating the spirit of special ties in difficult coronavirus times, Trump is said to be ready to sign a suspension of H1-B visas, a move that will hit Indian techies the hardest.

Such are the indications and side effects of India's current foreign policy, driven by personal chemistry and not built on solid foundational principles.

Anyway, all that Trump bombast has done nothing to solve Iran, North Korea or China trade issues for USA. The lesson is India should stand on its own feet.