Trump has decided to strike friendship with the Sunni world and denounce Iran, headquarters of the Shia sect. 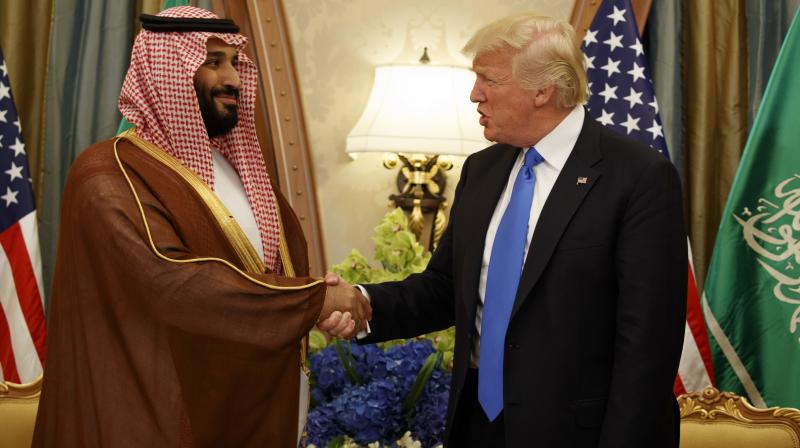 American President Donald Trump’s choice of Saudi Arabia as the first country to visit — early in his tenure — is understandable. It is the centre of Sunni Islam, the largest Islamic sect; it is among the world’s richest nations and leading petroleum producer; and it’s a state that fights Islamic radicalism and terrorism for survival while ironically propagating a vein in Islam — Wahabism — from which Islamists draw sustenance.

Given Mr Trump’s record, it was at first puzzling he should be received with warmth in Riyadh. But the mystery cleared in no time as it became clear the US leader was signalling a major policy shift in which the even-handedness of the Barack Obama years towards Sunni and Shia Islam would go.

Mr Trump has decided to strike friendship with the Sunni world and denounce Iran, headquarters of the Shia sect. Sitting beside the US President, King Salman of Saudi Arabia declared: “The Iranian regime has been the spearhead of global terrorism.” This would sit perfectly well with America’s key ally Israel, Mr Trump’s next stop.

The West’s nuclear agreement with Tehran signed during the Obama period — under which economic sanctions against Iran would be lifted in exchange for Tehran scaling back its nuclear capabilities — now looks as good as dead. In that event, Iran will continue to be economically strangulated and Saudi Arabia can push for nuclear parity with Iran.

It is to be seen what this presages for the limited cooperation against the Islamic State between the US and Russia in the Syria-Iraq theatre, where Iran is influential against ISIS.

In Riyadh, the American leader avoided denouncing “Islamic” extremism as before and hit out against “Islamist” extremism and terrorism instead, quite correctly pointing to the risk from political Islam rather than Islam itself. He was rhetorical rather than sharp as he urged his hosts and other Muslim nations to do more to fight terrorism.

It also became plain that Mr Trump has given his endorsement to the Islamic Military Alliance, created only recently by Saudi Arabia as a force against Shia Iran though ostensibly it is meant to be against terrorism. The IMA’s commander is Pakistan’s recently-retired Army chief Raheel Sharif.

Mr Trump’s Saudi sojourn turned out to be a US-Arab-Islamic summit with 50 Sunni heads of state/governments, including Pakistan PM Nawaz Sharif, in attendance. This should caution India that it can’t take America’s political outlook towards Pakistan for granted.

A $110 billion defence deal signed with the Saudis, with much more in terms of commerce and investment in the air with the Sunni world as a whole, is a sign of the deepening of US ties with Islamic nations other than Iran, suggesting no ambiguities in foreign policy priorities.