A new era for royals?

The Meghan effect may soon help redefine the future of royalty. 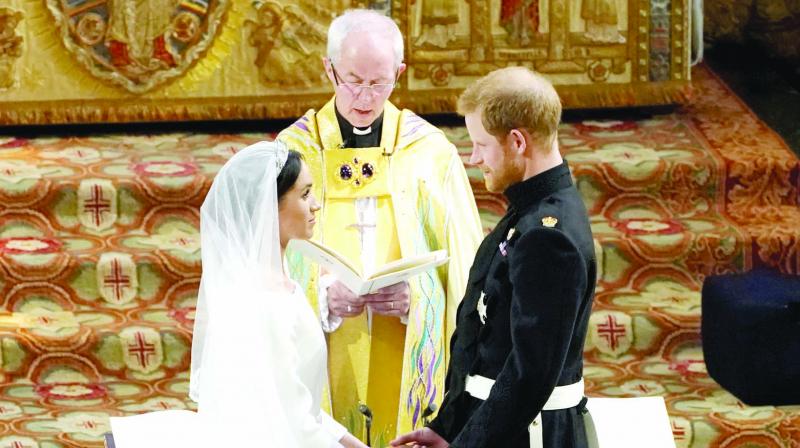 The picturesque royal wedding in the medieval setting of Windsor Castle wasn’t just about the pomp and pageantry associated with the House of Windsor. It was also about celebrity and how much Britain’s monarchy needs the combined charisma of succeeding generations to keep itself relevant to modern days. A constitutional monarchy in a democracy might be a modern anachronism but the apolitical royals have lived up to lending Britain an image and dignity, if we forget minor scandals like Prince Charles’ flings that the late Diana, Princess of Wales, openly lamented in her worst moments. The wedding of their second son may only have helped enhance how useful royalty has been, such as in driving tourism and sustaining imagery. But a break from tradition may have come already with Prince Charles, the groom’s father, walking Meghan Markle up the aisle due to the family troubles of the American bride.

The Meghan effect may soon help redefine the future of royalty. Comparisons are already being made of Diana’s effervescent public persona and Meghan, who has never been chary of taking a stand on big issues, that too in activist mode. Whether that goes with the stiff upper lip tradition the Queen was brought up in remains to be seen. Given a previous marriage of an American divorcee to British royalty (King Edward VIII) ended in abdication, allowing Queen Elizabeth II’s father George VI to ascend the throne, the 2018 event shows how times have changed, with the bride personifying contemporary America’s melting pot of races and cultures. Diana’s sons, with their easy conviviality with “commoners”, also show how change is the only constant. What this will do to the image of royalty we leave to the future to decide.