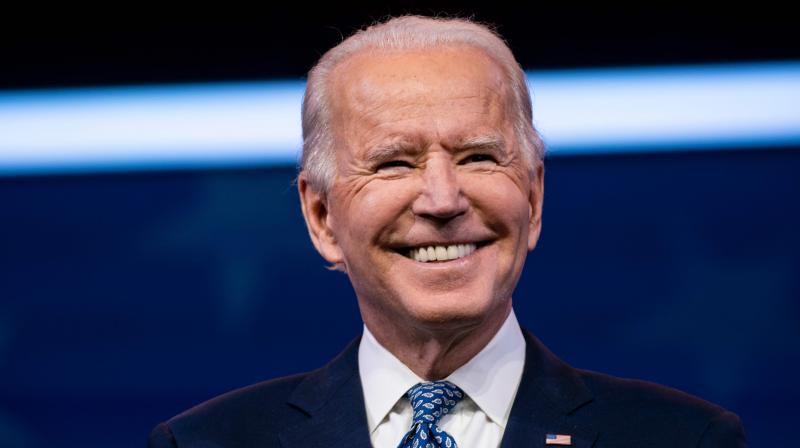 It is at a particularly tense moment in American history that Joseph Robinette Biden Jr will take the oath of office on Wednesday. He will be tasked with reuniting a nation fractured by the misrule of Donald Trump, who has disavowed even the normal decorum of transfer of power rituals that exemplify the elegance of democracy. Mr Biden and his deputy Kamala Harris inherit a fractured nation ravaged by the Covid-19 pandemic, economic turbulence and cultural fissures caused by deep racial divisions. Between them, Mr Biden and Ms Harris represent vividly the true state of the United States of today of a mixed racial and cultural milieu but they will be up against a white supremacist cult living in a world of alternate reality that Mr Trump cultivated with his lies and converted into a bankable core of a dangerous vote bank.

The taut atmosphere in fortress Washington as it prepares to deal with violent threats to national security after the Capitol Hill invasion of January 6 is illustrative of what the new presidential team is up against. However distracting and divisive the prospect of convicting Mr Trump in the Senate trial and disbarring him from holding high office in the future may be, Team Biden will have to address the more immediate and impressive actions he has lined up like the $1.9 trillion pandemic response that would need bipartisan legislative support and overhaul of health care, education and criminal justice systems with executive decisiveness. And all of that has to be done while attempting to “restore the soul of the nation” that he has promised. There will not be much place for the middle ground when it comes to dealing with facts like institutionalised racism and xenophobic anti-immigration.

Major reversal of policies are anticipated on the mix of sources for the energy grid with greater emphasis on alternative energy sources to keep in line with the Democrats’ belief that climate change is real. A greater impact on the people will, however, depend on impetus to the US jobs scene but many nations will be pleased that the country will be rejoining the collective effort to try and bring down global warming. Putting a full stop to the beliefs of Trump Republicans that climate change does not pose a threat would in itself be a great contribution to protecting science and advancing solutions based on it. Leadership from the US in this fight for humanity would be even more welcome.

Sweeping American foreign policy changes can be expected and India, as a more trusted ally of the US in recent history, can hope to do much better than at a time when Mr Trump’s empty promises came to nought and India is paying a price in not being able to pick up Iranian oil just as its techies faced hurdles in the H-1B visa program. As a driver of the India-US nuclear deal, Mr Biden is an old hand in dealing with India and his White House administration will have, besides vice-president Kamala Harris, as many as 20 persons of Indian origin with a majority of them in key positions. Pinpricks there may be in US views on J&K, CAA and other matters, but the chances of more meaningful country-to-country ties just got brighter.