How Tehran got Reagan elected US Prez in 1980

Claims about Putin helping Trump defeat Hillary are passé even if true. 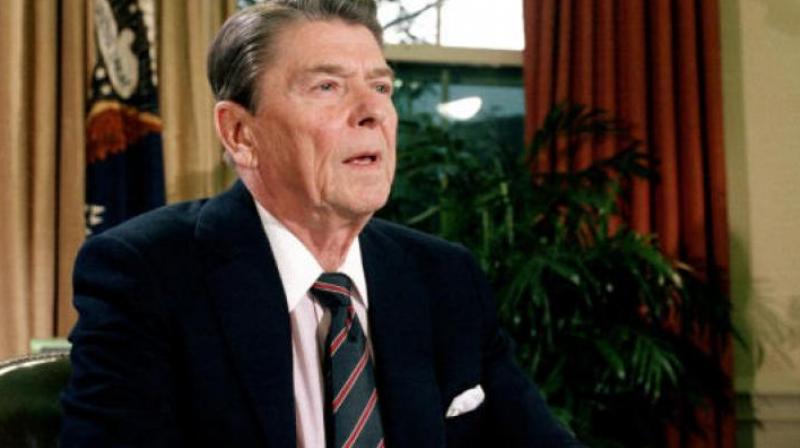 What would the world be like had Khrushchev been assassinated instead of Kennedy? Chances are, as the wag said, Onassis would not have married Khrushchev’s widow.

There are counterfactual possibilities we all conjure from history. Some stick to the hard reality. For better or worse, Donald Trump is the reality. Hillary Clinton stands relegated to the counterfactual corner. This is not to say if there were a doomsday war tomorrow Clinton would not have set it off. Between the two, one has been teasing China, and the other ribbed Vladimir Putin with threats to impose no-fly zones over Syria’s rubble.

There is in all this the third view as always. Noam Chomsky, who sees all American Presidents in his lifetime as invariably harmful, finds Kennedy to have been the most dangerous resident of the White House. Chomsky’s views offer evidence of how the liberal world of “power and glory”, to borrow from Kennedy’s Camelot, rests on a primeval, destructive instinct. Will Trump usher in peace and prosperity for America or drag it over the precipice from where Kennedy had fortuitously pulled it back?

Claims about Putin helping Trump defeat Hillary are passé even if true. Sanctimonious American journalists, nudged by the deep state are scarcely even handed the truth. And the truth here is that Putin may or may not have had a preferred candidate in the US polls, but Iran, yes that very reviled entity, deftly airbrushed Jimmy Carter from the 1980 race. Ronald Reagan’s Iran-Contra deal flowed from that favour.

Claims that the Russians have details of the President-elect’s sexual romps to blackmail him are equally overcooked. Imagine global capitalism’s fate sealed by Russian sex workers. Should we weigh in with the CIA as worthier of our trust against someone who proved the pundits wrong? As for his locker-room fantasies, how do they compare with the sexual profligacy of Messrs Bill Clinton and JFK among other possible White House worthies?

Unlike the other two, however, if Trump explicitly wants to build bridges with Moscow in a world crammed with disaster-tipped weapons, why should anyone, barring the deep state, resent it? If Trump has rattled the American state to the core, it should be less disagreeable than the deep state rattling the world at will.

As for hacking, who doesn’t do it? Ask Angela Merkel the victim, or Edward Snowden the former US insider, about the deep state’s intrusive capabilities. Or lean on Salvador Allende’s memory to recall a less invisible method of “hacking” to negate a people’s will.

There’s another form of hacking that delivers foolproof verdicts of the hacker’s choice. Let’s call it the Masood Azhar and Hafiz Saeed way. Without their ample help, Hindutva Nazis would not swamp India. Every terror attack in India they applaud adds swagger to the Hindutva stride while undermining the voters’ resolve to change the narrative. If Putin can change electoral fortunes of foreign countries, so does the man who drove a truck into a packed promenade in Nice and spurred the rise of Marine Le Pen in France.

So everyone picks someone else’s teams and candidates in these days of globalisation.

Why don’t American journalists and Senate committees, instead of spewing venom on Putin’s alleged support for Trump, open the aperture to the larger truth? It was Iran, possibly with Israel, that manipulated the American people’s will in 1980.

Hashemi Rafsanjani, who passed away this month, was the speaker of the Iranian majlis during the American hostage crisis, triggered by the seizure of the US embassy in Tehran. As a close aide of Ayatollah Khomeini, Rafsanjani shepherded the crisis to a controlled and profitable climax for his country. In other words, the affable, white-turbaned cleric from the saffron-rich city of Bahraman took away the election from the peanut farmer of Georgia. Within minutes of Reagan’s inauguration, Iran released the American hostages. Carter blamed his loss on his failure to bring the hostages home. The quid pro quo saw Reagan lavishing Iran with arms from Israel, money from which was siphoned to support the Contra rebels in Nicaragua.

Iran and Israel had their calculations to back Reagan. Iran knew Reagan would be more severe than Carter’s failed commando mission to free the hostages. Also, as a cluster of oil traders, the Republicans would be amenable to end the Palestine-Israel stalemate. Israel, which usually prefers Democrats, saw the risk of having a second-term Carter, unfettered in forcing his choice for Palestine. Israel was right. Carter went on to describe Israeli occupation of Palestine as apartheid. There’s a view that American Israel Public Affairs Committee runs the American media, something that Putin must envy, and Trump may finally profit from. For that, however, he must first shift the US embassy to Jerusalem.