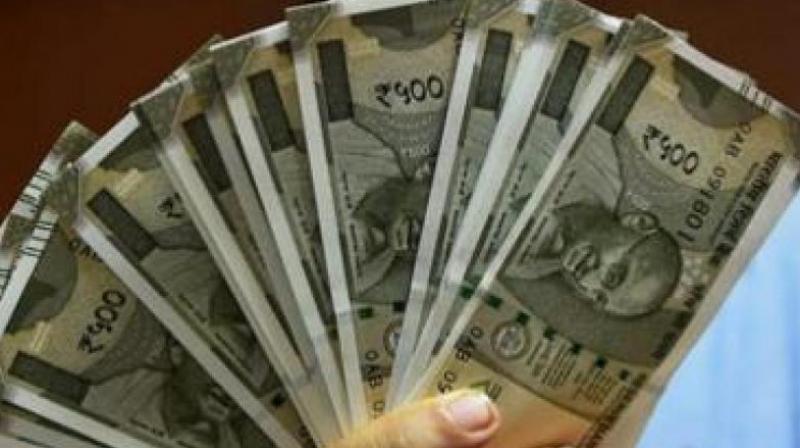 The levels of literacy in India may not be phenomenally high — to be precise 124th rank, according to Unesco, sharing the space with some of the most backward countries from Africa. In spite of the levels of ignorance, most Indians remain touchy about the rupee’s performance against the US dollar. They look at the rupee’s performance as a matter of pride. In fact, they are so touchy about the issue that Narendra Modi, in his earlier avatar as the BJP’s Prime Ministerial candidate, sought to cash in on when the rupee breached the 60-mark in 2013.

Given the people’s sentiment on the issue and the rupee continuing its unprecedented slide in comparison to the dollar, it is quite natural that finance minister Nirmala Sitharaman had to defend the government’s efforts in keeping the rupee strong. And she did put up the most valiant defence of the government stating the rupee had not weakened but it is the dollar that has strengthened. It is a fact that the dollar is strengthening against almost every currency in the world.

In fact, the rupee has performed better than the currencies of other emerging market economies as the Reserve Bank of India (RBI) had spent nearly $100 billion to prevent the rupee from sliding — a fact which neither the government nor the central bank would like to admit. As India failed to stem the rupee slide and external conditions continued to remain in flux, the RBI became less aggressive in its defence of the rupee allowing it to slip to 82.68 against the dollar. India’s forex reserves stood at $532.87 billion in the week through October 7, a far cry from $642.45 billion seen a year back.

While people face the brunt of cheaper rupee at fuel stations, gold shops and all other imported goods, a weak rupee will also give a great opportunity to boost its low-skilled manufacturing exports to the United States, which is one of India’s largest trade partners.