Opinion   Edit  12 Jul 2017  Attack on pilgrims is a shock to Kashmiriyat
Opinion, Edit

Attack on pilgrims is a shock to Kashmiriyat

In August 2000, a camp of Amarnath yatris had been attacked. Militants lobbed hand grenades and went on a shooting spree, killing 17 persons. 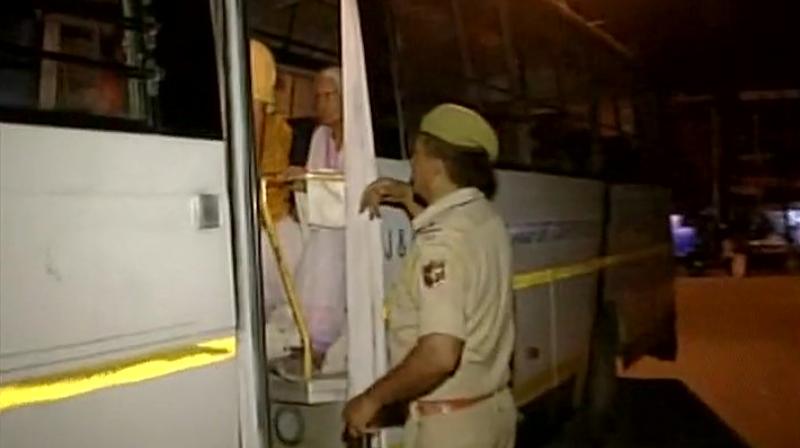 No words can be too strong to condemn those who on Monday night ambushed a busload of pilgrims returning from the Amarnath yatra, near Anantnag in south Kashmir, killing seven people — six of them women — on the spot, and injuring scores of others, some of whom are in a serious condition. This wanton killing of pilgrims, or groups at prayer, marks a first for India, although terrorist groups in some of our neighbouring countries and farther afield have not flinched from such depraved actions.

For the Kashmir Valley in particular, whose syncretic culture — the overlay of Sufi Islam in the past seven centuries on an ancient foundation of Shaivite Hinduism — is taken deep pride in by the humblest Kashmiri Muslim, the cold-blooded attack on pilgrims returning from the Amarnath cave, among the holiest of holy for Hindus, must be a moment for deep cultural shock and grief.

In August 2000, a camp of Amarnath yatris had been attacked. Militants lobbed hand grenades and went on a shooting spree, killing 17 persons. But some security personnel too lost their lives. It was officially said later that the attack was on the security personnel deployed on Amarnath duty by Lashkar-e-Tayyaba, a Pakistani group.

Attacks on shrines — Muslim or Hindu — and pilgrims are met with deep disapproval in the Valley. This is the reason why prominent Hindu places of worship, and worshippers visiting them, are deemed completely safe from attacks. As such, the authorities are once again suspecting the Lashkar-e-Tayyaba, a foreign outfit. The separatist leaders have also come out in condemnation.

However, we will be blind to reality if we fail to see that the face of the militancy in Kashmir is changing. The spread of Wahhabi influence is being felt in the Valley among a section of the youth. In such a situation, will it be any surprise if some Kashmiris, admittedly still a small number, allow the deep-rooted syncretism of their personality to be overrun by dogmas current among Islamist radicals these days?

The attack on the pilgrims’ bus occurred not in the wilderness but just 2 km from Anantnag, the principal city of south Kashmir, on the national highway. This speaks of a serious security lapse, and security in Kashmir is controlled by the Centre in reality, with only a notional nod to the state administration and police.

It appears the bus in question was not registered with the authorities running the pilgrimage, and was not a part of the pilgrims’ convoy for which tight security was provided. How come? Is this not a part of the failure of the system? A judicial probe is needed to pinpoint responsibility and to ensure that similar lapses don’t occur in future.