AA Edit | To save public money, start to disinvest fast 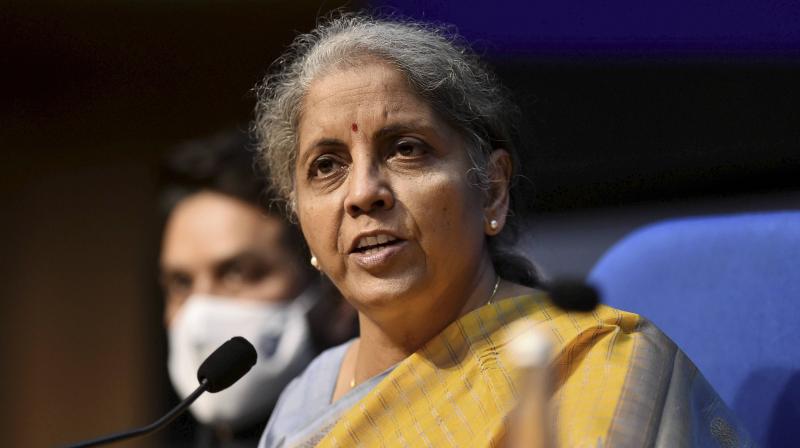 Despite his stated belief in the concept of “less government and more governance”, Prime Minister Narendra Modi had done very little in terms of reducing the government’s ownership of companies. (Photo: PTI)

Finance minister Nirmala Sitharaman’s announcement to privatise two public sector banks and a general insurance company marks a clear departure from a cautious approach adopted by the Narendra Modi government since 2014 over the disinvestment policy. This move reaffirms the government’s intent, announced last year, to exit all non-strategic sectors.

Despite his stated belief in the concept of “less government and more governance”, Prime Minister Narendra Modi had done very little in terms of reducing the government’s ownership of companies. In fact, the Department of Public Enterprise’s data shows that there are 339 CPSEs (excluding insurance companies) as on March 31, 2018, compared to 290 CPSEs on March 31, 2014.

Several attempts to sell state-owned companies that have become a burden on exchequer were skilfully scuttled by conditions framed by bureaucrats. If the political leadership becomes successful in implementing its plan, it could prevent taxpayer’s money from being invested in running inefficient companies, and that money could be fruitfully used elsewhere.

The core issue at the heart of the demand for privatisation is not so much about the propriety of the government’s role in businesses as it is about the uselessness of such presence. When the Jawaharlal Nehru government decided to set up large state-owned industries, it was more a need of the hour than an ideological statement because private industrialists had no financial muscle to bankroll such massive projects. This approach was also in tune with the recommendations made by the country’s eight top industrialists of the day, which was referred to as the 1945 Bombay Plan.

Though Indira Gandhi’s decision to nationalise banks was dictated by her political agenda, it brought about confidence among people in the safety of their money deposited in banks. From the year 1934, when the Reserve Bank of India was established to the time of bank nationalisation in 1969, over 1,500 banks had failed in the country, eroding people’s faith in the banking sector. An implied sovereign guarantee to people’s money in banks resulted in the greater formalisation of public savings which helped in creating capital for entrepreneurs.

While the earlier government’s intervention in critical sectors had helped the country in creating a strong industrial base, whereupon a new India was built, it is time for the government to move on and exit all sectors where private companies are strong. If there are no buyers, the government should give handsome compensation to employees and shut industries.

To protect itself from allegations of selling family silver and also to create the base for future high-tech industries, the government should chip in to create the ecosystem required for semiconductor fab factories or high-tech medical equipment companies or aircraft manufacturing using the Maruti model, where the government invests money and the private partner brings in the technology. If the government succumbs to pressure to continue with the status quo to please a few lakhs of PSU employees, it would be a great disservice to crores of Indians of the present and future generations.