The party won over the country and the very principles of constitutional justice. But at least one politician had the courage to say “no”. 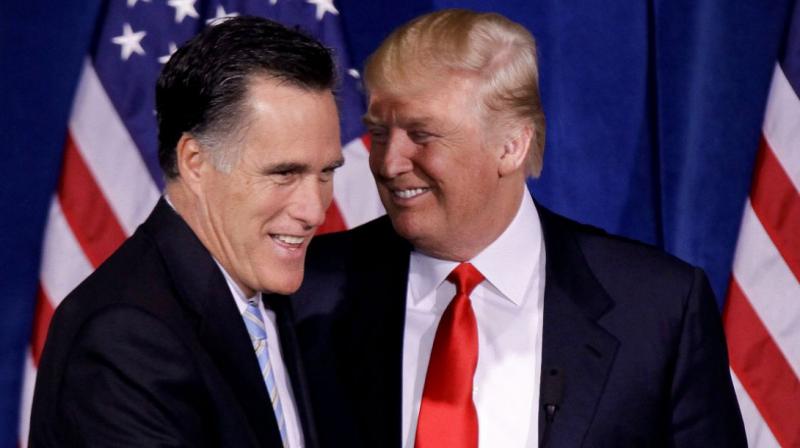 In an act of rare moral courage, Senator Mitt Romney voted last week to convict President Donald Trump of abuse of power for his pressure campaign on Ukraine to investigate his political rivals. There will no doubt be a place in posterity for the former Massachusetts governor and Republican candidate for President against Barack Obama in 2012 as he became the first senator in three impeachments in American history to vote against a President from his own party.

Till now thought of as a fickle politician without core beliefs, Mr Romney changed the perception with a vote of deep moral conviction against a President he accused of acting with “a personal and political purpose”. The populist demagogue, who is now likely to win another four-year White House term, acted true to form in hate-tweeting an ad attacking Mr Romney within hours of the Senate vote.

Politicians rarely act against their own interests. If something is in your personal best interest, the mind rationalises that as the right thing to do, Mr Romney, 72, said while explaining the difficulty of casting a conscience vote.  His forceful speech condemning the President was sufficient for Mr Trump’s son to seek his expulsion from the Senate Republican conference. The party will, no doubt, hound Mr Romney much more as his vote was more symbolic than significant as the Republicans otherwise held ranks to acquit Mr Trump on both charges.

Mr Romney may have voted with his party against the second article of impeachment — obstruction of Congress — as he believed the Democrats hadn’t presented the case well enough. However, he acted courageously in sticking his neck out though the US Senate, disappointingly, seemed to impeach the very concept of democracy by exonerating Mr Trump. The party won over the country and the very principles of constitutional justice. But at least one politician had the courage to say “no”.