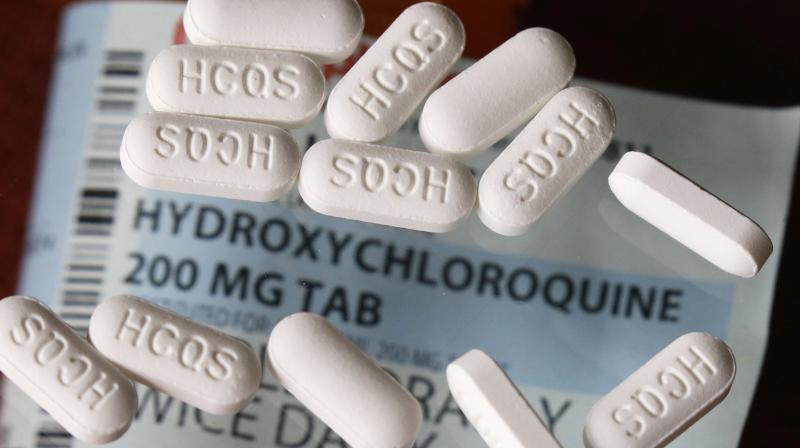 Hydroxychloroquine is an anti-malarial drug that has been anecdotally, but not scientifically, linked to treatment of Covid-19. (AP)

India’s decision to lift its embargo on the export of HCQ (hydroxychloroquine) to USA, Brazil and several other countries is not only pragmatic but also a humanitarian gesture in this hour of crisis caused by the novel coronavirus.

The strident appeal for the drug, said to be useful in the treatment of Covid-19 patients, may have come with typical Donald Trump bluster of retaliatory action. In view of the long-term strategic ties with the United States and the convergence of a vast set of interests between two citadels of the free world, it was up to India to take a positive call in this regard.

But it did call for a certain level of maturity to make a change to the drug policy that was put in place as recently as the end of last month to restrict exports in vital drugs like HCQ and paracetamol that are needed in India to treat malaria and influenza.

Trump’s threat became the focus of internal politics with sections of the major opposition picking on the need to serve Indians first. Their criticism is misplaced. But then they may not have been privy to New Delhi's decision to clear shipments having been conveyed to the US State Department some time prior to Trump’s obstreperous bleating at his White House media briefing on Sunday.

It was unlikely that the stability of India-US ties would have been unduly affected by any one decision on trade like HCQ tablets or Harley Davidson motorcycles. Such a relationship may have been enhanced by the Trump-Modi bonhomie as evidenced in Houston, Ahmedabad and New Delhi, though there is good reason to believe the ties go much deeper than the personal rapport between the current leaders.

India has the capacity to produce about 20 crore HCQ tablets of 200 mg each in about 30 days. A couple of busy months at major pharmaceutical factories would not only leave international customers satisfied but also a domestic surplus built for the drug’s primary use, which is in treating malaria, a disease tropical countries are still battling with and which causes more deaths annually than the coronavirus in many parts of the world.

Regardless of the efficacy of the drug against this particular virus and the possible after-effects like heart arrhythmia it has been known to cause, India’s duty is to allow the free sale of HCQ to friendly nations, especially as it handles 70 per cent of the world’s production of this drug.

Quite curiously, Trump has been advocating the miracle effects of HCQ taken in combination with drugs like the antibiotic Azithromycin in combating Covid-19. This flies in the face of the opinion of Dr Anthony Fauci, the expert on infectious diseases who is on the White House Coronavirus Task Force. However, ICMR too has advocated its use in India as a preventive medication by the high-risk population such as nursing staff who deal with Covid-19 patients in close proximity.

Given the alarming nature of the virus threat, it is imperative on our part to realise that nothing is cast in stone and whatever seems to work against the coronavirus must be experimented with, except of course outlandish cures without any basis in science.