The crime is not to be viewed in terms of communities as it hardly matters what religion such hardened criminals belong to. 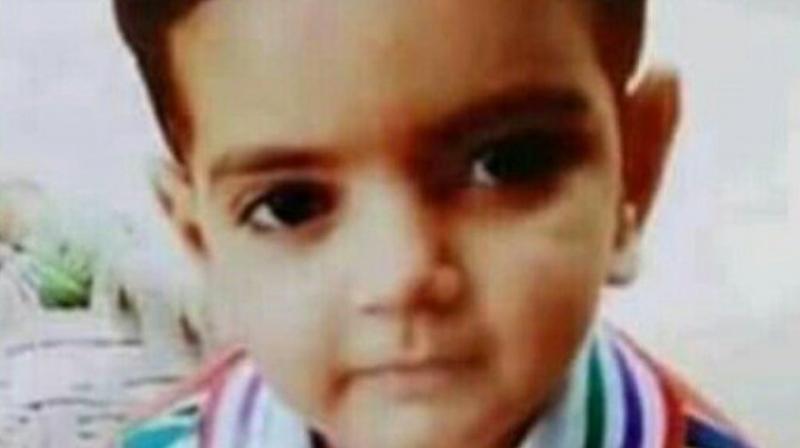 On May 30, the two-year-old girl from outside her home was kidnapped by a man and his accomplice Zahid over a loan dispute with the girl's grandfather. (Photo: Twitter)

The murder in Aligarh of a girl child as retribution for an unpaid debt brings forth once again what beasts men can be. The inaction of cops in the case of a missing child complaint is par for the course as they are basically understaffed. But not to put a watch over one of the perpetrators who was a previous offender charged with the rape of his daughter showed how ineffective policing generally is. Invoking the provisions of the National Security Act means very little as there are any number of laws already in the statute books to deal with sexual assaults against children and murder. The courts must take a more serious view of those accused in assault cases against minors rather than routinely give bail as they may have done in the case of one of the two accused in this outrageous crime of premeditated murder.

The crime is not to be viewed in terms of communities as it hardly matters what religion such hardened criminals belong to. As in the Kathua case, it should matter little what community the victim or the perpetrators belong to. It is to be viewed purely as a criminal act that calls for the highest punishment possible in the rarest of rare cases, which is the death penalty. However well-meaning the argument is over capital punishment, a society which is witness to brutal crimes against women and children must do more to serve warnings to men that they cannot get away. The tardiness of the justice delivery system is reflected in the very long periods the guilty serve on death row. However, it is effective policing at the Thana level that will bring about the best protection for the most innocent members of society like children. We fail as a society if we do not do enough to ensure their safety and security.