Can killing of ISIS’ Baghdadi save Trump in 2020 polls?

In the initial few hours after the raid, it seemed that the operation in which Abu Bakr al-Baghdadi died had saved Donald Trump. 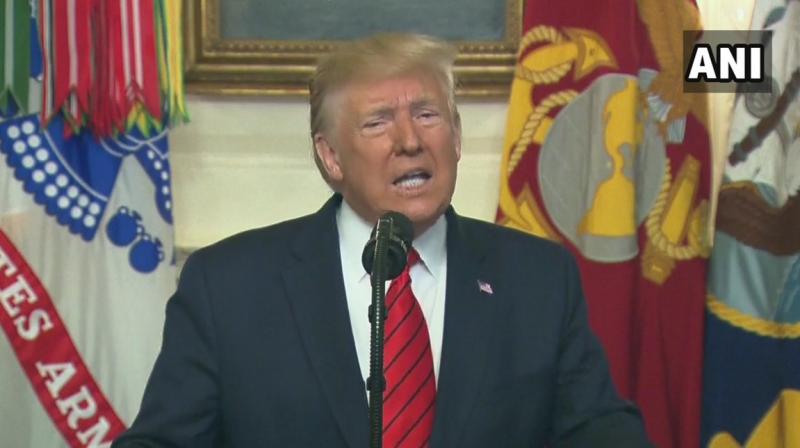 President Donald Trump could barely contain himself. On the evening of Saturday, October 26, he couldn’t stop himself from tweeting a hint: “Something very big has just happened!” he announced cryptically on Twitter. Most Americans were likely not paying attention to what the President was saying, used as they would have become to the copious amounts of nothingness that their commander-in-chief puts out on a daily, even hourly, basis.

The “something very big” was a United States Delta Force raid on a compound in Idlib in northern Syria. It was Sunday morning by the time President Trump could deliver his official address. It was, unsurprisingly, full of hyperbole and blather. The President stated that the self-styled “Islamic State” leader had died a coward’s death and was “whimpering and crying” towards the end.

Then, in a near 46-minute free-wheeling exchange with the media that had been gathered, he opined on many other things. This included but was not limited to the fact that he had been the first and only person to point out that Osama bin Laden had been a terrorist and needed to be taken out — but that no one had listened to him. This raid and operation, Mr Trump pointed out, was more important than the raid that led to the killing of Osama bin Laden.

In the initial few hours after the raid, it seemed that the operation in which Abu Bakr al-Baghdadi died had saved Donald Trump. In dire straits, with an impeachment inquiry under way and increasingly damning proof surfacing regarding his underhand dealings with Ukraine (he appears to have asked Ukraine to investigate his electoral rival Joe Biden’s son Hunter Biden), President Trump definitely needed something miraculous to deliver him. A raid in Syria during which the “most wanted living terrorist” died seemed to be just the thing that would (like Osama bin Laden’s raid did for President Barack Obama) deliver the boost required to win a second term. Yet even though the event had all the ingredients of a huge political win, the Baghdadi raid seems to have fallen flat, unable to provide the boost that was required.

Proof came just that evening. On Sunday night, President Donald Trump and First Lady Melania Trump attended a World Series baseball game. The Washington Nationals, DC’s local team, was playing the Houston Astros. A crowd estimated at nearly 50,000 people was in attendance. And yet at the end of the third innings, when Mr Trump was introduced, the entire stadium began to boo the President. If that were not enough, the booing was followed up with loud chants of “Lock him up”, a variation on the chant that Trump supporters use in relation to Hillary Clinton at the 2016 Trump rallies. If the stadium was at all a sample of Americans, President Trump was disliked, even detested, whether or not he had caught Baghdadi or anyone else.

The reception of the Baghdadi raid by the US foreign policy establishment has also been interesting. Analysts from a variety of think tanks, the people who make up the terrorist analysis industrial complex (that has grown into a behemoth in the 18 years since the 9/11 attack), seemed terribly circumspect in their statements. Unlike the cooing and self-congratulation post-Bin Laden, many pointed out that terror networks and organisations are not eliminated if a leader is killed. At least one pointed out that it was incorrect to claim that the Americans had got Baghdadi when in fact he had killed himself using a suicide vest.

For the world beyond the United States, both the circumspection and the lack of attention and admiration for the raid are positive things. While it is indeed a cause for celebration that a cruel man like Baghdadi is dead, the fact that high-profile killings of terrorists are no longer yielding enormous political dividends at home suggests that the US terror policy can finally move away from its obsession with high-value targets. Terrorism analysts in South Asia have repeatedly pointed out the questionable nature of decapitating leadership. Terrorism is not something that can be eliminated, only something that can be managed and contained. In the aftermath of the raid, the US Special Forces destroyed the compound and took Baghdadi’s remains with them. They were, like those of Osama bin Laden, buried at sea, except for the parts that have been used for DNA testing.

In the coming months, as the campaign for the next US presidency heats up, President Trump will undoubtedly claim that he has singlehandedly defeated ISIS. Based on the first few days following the death of the most wanted man in the world, it appears that Americans, who will vote for a new President in almost exactly one year, are not impressed.