Bela Bhatia | Getting away with murder in Bollywood 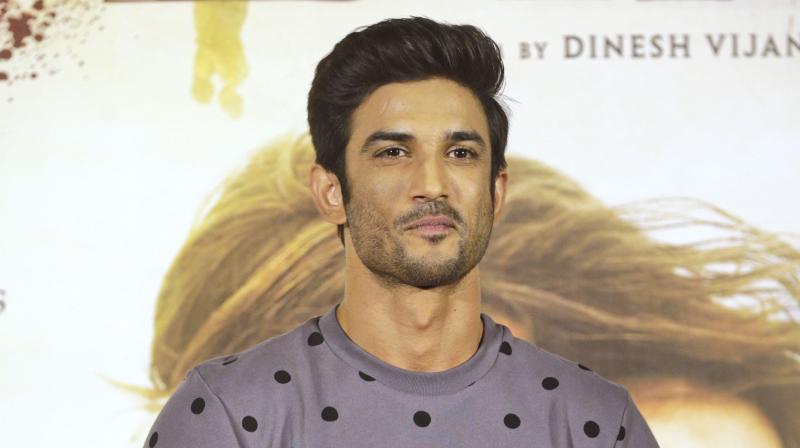 One hypothesis is that Sushant had visitors, or perhaps a small party, the previous day or evening, and that the crime was done by people known to him

On 24 July, millions of people across the world watched the release of the much-awaited Dil Bechara, the last film of 34-year old Sushant Singh Rajput who played the male lead.

The film, based on the novel A fault in our stars (John Green, 2012), explores the love that blossoms between two young cancer patients, Kizie and Manny, of Bengali and Tamil origin respectively.

Despite the looming finality of death, the film is for the most part spirited and hopeful, like Kizie and Manny’s special word seri–okay in Tamil. They managed to be more than okay until the last part when Manny, the character played by Sushant, dies.

Manny’s laughter was suddenly cut short and he became “And then there was me” on the tombstone after cancer claimed his life.  Sushant, too, died unexpectedly a few weeks ago. His life was also cut short by a cancerous growth – nepotism, gangs, greed and power in the industry that he was part of.

Sushant’s dead body was found close to mid-morning on 14 June at his Bandra residence. From the beginning, the death was called a “suicide by hanging” by the police and media, and attributed to depression, setting the tone for subsequent discussions of the incident and the police investigation.

This explanation, however, has not passed muster with Sushant’s fans. Thousands of them have joined online investigations, assigning themselves different roles as per their individual expertise - journalist, detective, doctor, forensic expert, even paranormal communicator and tarot reader, amongst others.

These are not always sophisticated efforts, nonetheless they have raised important questions and reached a consensus that Sushant Singh’s death was not a suicide but a murder.

Experts and fans have pointed to many reasons why Sushant’s death is likely to be a murder. First, the shape of the ligature mark around his neck does not suggest hanging: it is a deep purple mark circling towards the centre, while a typical hanging mark is V-shaped.

The police said that there are no injury marks on the body, but the ligature mark itself is an injury mark. Besides, his left eye has a blue patch and there are also bruises on his forearm, stomach, and his right leg and foot appear to be broken, all according to independent forensic experts who have seen the first photographs of the dead body where he is seen lying on the bed.

Further, in a typical suicide by hanging, the eyes pop out, the tongue protrudes and there is saliva drooping from the side of the mouth. In Sushant’s case, none of this applies.

Second, Sushant is said to have hung himself from the fan above his bed, but the distance between the bed and the fan is just one inch more than his height. The cloth he is supposed to have used was a kurta and could not possibly have carried the weight of his body (the tensile strength report is awaited). Many days after the event, the police produced a bathrobe with a string and suggested that he had used that.

But the ligature mark shows that something like a dog’s belt was used. Also, the mark made by a cloth-rope is different.

Third, an anonymous video of the crime scene as it looked when the police arrived has been circulated on social media. It is not known who circulated this video (shot with a spy camera), but it is assumed that he or she felt that whatever was being seen and heard was suspicious.

In the video, someone (possibly a police officer) is heard saying something in Marathi to the effect that Sushant has been killed, if our investigation leaks out there will be trouble. From this video we can also see that the crime scene was not protected.

Later, the house was not even sealed, again pointing to the shoddiness of the police investigation.

Fourth, based on the photo of Sushant’s dead body, some doctors have pointed out that the body seemed to be free of rigor mortis (post-mortem stiffness).

The latter would mean that Sushant might have been killed on 13 June itself, with the hanging being simulated later.

Further, his phone memory showed that he had made late-night calls on the 13th and 14th morning and also played a video game and done google searches on 14th morning.

All this could have been done by someone else to deflect attention from his death much earlier. One hypothesis is that Sushant had visitors, or perhaps a small party, the previous day or evening, and that the crime was done by people known to him.

Therefore, Sushant’s family recently lodged an FIR in Patna and the Patna police are now in Mumbai to investigate some aspects of the case pertinent to the FIR.

However, rather than cooperate with the Patna police, the Mumbai police maintain that the Patna police cannot work on the case in Mumbai and have also categorically ruled out a CBI enquiry.

Meanwhile, lakhs of people have become part of the Justice for Sushant campaign and have been demanding that the case be shifted to the CBI. Many are asking who is being shielded by the Mumbai police or Maharashtra government, and why they are resisting the involvement of the CBI.
The CBI is not flawless (it has its own history of biased investigations such as the famous Aarushi Talwar case), but there is more hope from it in this case than from the police because the CBI is not under the control of the state government.

Sushant’s case is not an isolated incident. It is part of a string of deaths in Bollywood that have remained unsolved including those of Divya Bharti, Jiah Khan, and Disha Salian (who died a few days before Sushant).

In all these cases it is widely suspected that a murder has been passed off as suicide. We should not forget that the world of Bollywood involves vast sums of money and is mixed up with all kinds of nexuses and vested interests involving sections of the police, the government, big business, political parties and the underworld.

Another disturbing aspect of this cover up is the convenient equation that has been drawn by the police and media between Sushant’s alleged suicide and his supposed depression.

The entire discussion of depression around this case has shown how little this terrible illness is understood by most. Depression is the common cold of mental illness, affecting more than 250 million people worldwide.

While some depressive persons may be suicidal, most of them are not. Those who suffer from it have to struggle with it, sometimes on a daily basis; medication may or may not help. I have also suffered from depression for close to three decades now so I write on the basis of firsthand experience.

It would be unfortunate and dangerous if mental illness were to be used to disguise a murder as suicide.