The United States is leading the world in corona infections and deaths, with President Trump’s dysfunctional leadership in glaring display 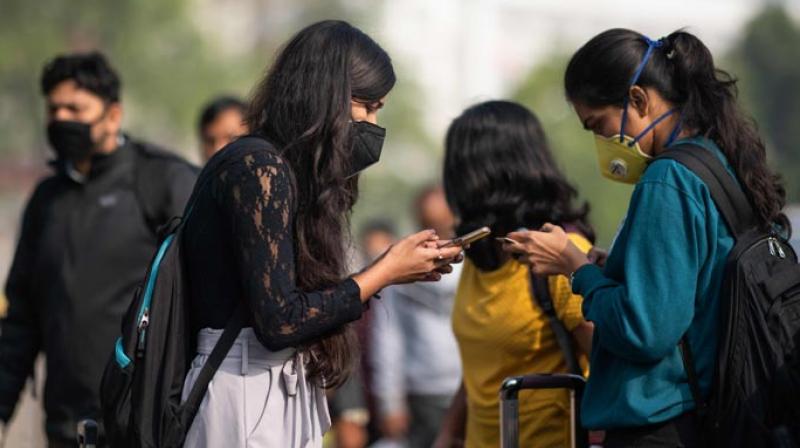 Prime Minister Narendra Modi has compared India’s relatively comfortable coronavirus situation with other countries that have suffered calamitously. He has contrasted his “quick and decisive” interventions guided by a “holistic and integrated approach” to “the world’s big, powerful countries”, which have been pummelled by the pandemic.

There is more than a grain of truth in Mr Modi’s assertions. The United States is leading the world in corona infections and deaths, with President Donald Trump’s dysfunctional leadership in glaring display. His vacillation over preventive actions owing to electoral considerations and big business lobbying cost precious lives. America’s top corona combat expert, Dr Anthony Fauci, himself admitted that had it “started mitigation earlier, you could have saved lives”.

So demoralising is the public health outlook in America that no less than 24,000 American citizens are still in India and opting to stay put here though the US government is willing to organise emergency evacuation flights. The confidence these Americans have placed in India as a safer bet to save themselves from the pandemic speaks volumes.

Across the Atlantic, Europe is paralysed by the corona rampage. In per capita terms, European countries like Italy, Spain, France and Britain are the worst affected in the world, with the highest positive cases and fatalities. Like the US, most Western European countries dilly-dallied about preventative measures until it was too late. And like the US, sharp socio-political polarisation, low legitimacy of elected governments and an ingrained culture of individual libertarianism hampered Europeans from curbing the virus.

It is a major irony that rich Western nations whose health infrastructure is the most advanced have taken the worst hits from coronavirus. Medically well-equipped countries collapsed like a house of cards in the absence of robust political and social strategies against contagion.

No analysis of what Mr Modi calls “big, powerful countries” is complete without China, where the coronavirus originated. Although China says it has stamped out the virus through extraordinary state controls, its initial failure to check the epidemic from spreading has not won applause domestically or internationally.

Doubts persist about China’s statistical claim that only 4,600-odd of its citizens succumbed to the virus. The opacity of the Chinese model of pandemic management, and the audacity of its public relations boasts of aiding other afflicted countries with medical relief, leave gaping question marks about it being held up as an example to emulate.

Relative to all these major power centres, India has so far fared better in saving lives and checking the spread of the virus. Mr Modi imposed a stringent lockdown from March 24 midnight at a time when the known cases of infection and deaths were few. It was a pre-emptive strike to grapple with an invisible enemy, accompanied by strenuous efforts to trace contacts and contain infection clusters to avert a public health disaster.

Backed by overwhelming support from the population and unique mass mobilisation skills, Mr Modi led from the front in this crisis with clarity of priorities. Even if the business community would suffer enormous losses from shutdowns, he made the call that nothing mattered more than the life and health of ordinary Indians. His coordination with state governments has also been a strong point compared to Western nations where different units of government have been at loggerheads.

India has shipped most sought-after supplies of drugs and medical gear to over one hundred countries including the US, without Chinese-style pushiness and conditionality.

The corona crisis portends a completely altered world order where public health performance and good samaritan behaviour on the world stage are as important yardsticks of influence as the traditional measurements of power like economic or military might. India is inferior to China, the US or Europe in material and military terms, but it may emerge as a world leader from the ashes of the corona carnage.

With the virus yet to peak in India, one cannot sound triumphant about India’s superior response. Many countries where the virus had appeared to be tamed are grappling with resurgent second waves. No one can declare a conclusive victory against this threat.

India is likely to suffer as much or worse of an economic depression as any other “big, powerful country” in the coming months. Marginalised groups like poor migrants and the elderly are bearing a severe brunt and will need more robust social safety nets.

The low level of testing leaves little room for complacency about the virus’ potential penetration of the world’s second most populous country. India’s creaky health infrastructure is also cause for anxiety.

But it is precisely because of these structural weaknesses that Mr Modi realised that the only path to salvation lay in the harsh medicine of pre-emptive lockdowns and inspired social compliance.

When an under-resourced country has its back to the wall, it enhances its chances of survival by coming out firing all the cylinders it has got. Thus far, India has done a comparatively efficient job by combining a strong governmental hand with democratic societal consent.

Many international observers and some Indians themselves are sceptical and fatalistic about India’s capacity to withstand the virus, predicting that it is destined to sooner or later repeat the same catastrophe that has befallen the US and Europe.

But such prognoses are condescending and underestimate India’s enduring qualities. If India can hold steady and eventually limit the deaths and infections from the coronavirus through its model of “state embedded in society”, it will prove a historic point to the rest of the world.