Sunanda K Datta Ray | As US, China spar; India needs to fend for itself 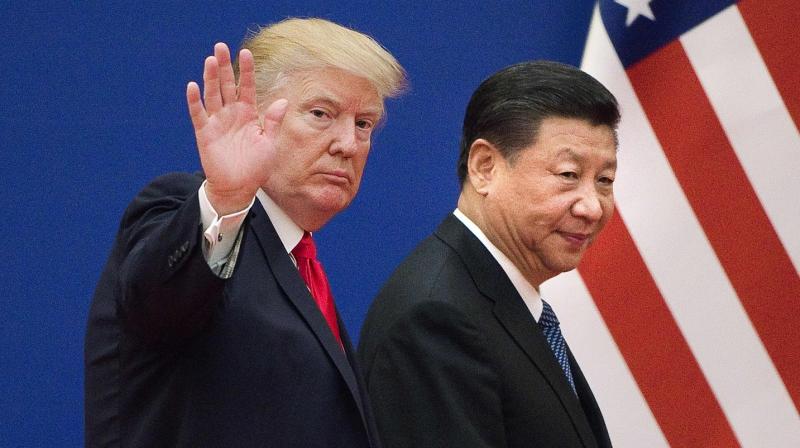 Although India steered a relatively safe course between Tweedledum and Tweedledee during the Cold War, friction with one of the two adversaries makes partisanship seem attractive this time as history repeats itself with different contestants.

But India must consider its own long-term geopolitical imperatives more than American overtures and remember that the tit-for-tat closures of China’s Houston consulate and America’s in Chengdu are without any ideological significance.

Perhaps because of its Puritan heritage, the United States cannot bring itself to admit that it is only another global entity, like the British or Soviet empires, seeking to preserve its power and safeguard its profits.

The insistence on being an “exceptional” nation committed to the Holy Grail of a shining cause invites international scepticism, confuses uncommitted nations that seek amicable relations with both sides, and prompts dissension even within America’s own Republican ranks.

Hence, the sharp rebuttal by Richard Haass, president of the Council on Foreign Relations, of secretary of state Mike Pompeo’s recent blistering attack on China.

Correcting Mr Pompeo, the state department’s former director of policy planning, who was also a close adviser to secretary of state Colin Powell, clarified there was no question of disappointment because China had not evolved into a democracy.

That was not the motive that impelled Richard M. Nixon and Henry Kissinger in the early 1970s. They aimed “to use China as a counterweight to the Soviet Union and shape China’s foreign policy, not its internal nature.”

True, they “are many and deserve US condemnation”, but Washington’s right to criticise “would be immeasurably greater” if it “were equally tough on Russia, Turkey and Saudi Arabia”.

Americans have been victims of their own propaganda ever since John Foster Dulles sanctimoniously denounced “neutralism” as immoral.

The United States chose to camouflage its rivalry with the then Soviet Union as ideological competition. If that were so and if democracy were indeed the prize, Washington would not have sponsored an army of dictators from South Korea to Iran.

Even if Franklin D. Roosevelt did not actually say “Somoza may be a son of a bitch, but he’s our son of a bitch”, about the long-time Nicaraguan dictator, the comment attributed to him expressed the pragmatism of American foreign policy.
Much in China’s conduct causes concern to friends and neighbours.

But it is not within America’s power to shape China’s internal policies. The enormous challenges that China faces will take their toll sooner or later unless President Xi Jinping feels confident enough to undertake domestic reorganisation.

If not, Beijing may have to pay heavily for an aging society, a damaged environment, inadequate public health, an unsustainable economic model that relies on massive investments, and a top-heavy and autocratic leadership that stifles creativity. But it’s only the external dimension that directly concerns the US or India.

Here we encounter the perilous blind spots of what can be described as the China lobby in the West, which is more anxious to fault Donald Trump than identify flashpoints in Chinese muscle-flexing.

Mr Haass is both specious and facile when he claims that China “has not fought a war with another country since its 1979 border conflict with Vietnam”.

While that may be technically correct if the Doklam impasse and the current surreptitious road-building and encroachments in the Ladakh sector are excluded, China’s unilateral annexations in the Paracel and Spratly Islands would have provoked hostilities if the aggrieved parties had not been so vulnerable and dependent on the US, which needs a modus vivendi with China. Nor can Tibet and Xinjiang be dismissed as only internal issues.

As for Taiwan, the Chinese have obviously calculated that pressure and tension serves mainland interests much better than outright coercion. It is also no credit to China that despite the constant threat of invasion, Taiwan “has emerged as a thriving democracy”.

With its 799 billionaires against 626 American, according to Forbes, China is formidably wealthy. Rupert Hoogewerf, an old Etonian financial analyst, says: “China today has more billionaires than the US and India combined.”

A Barclays Wealth Report found in 2014 that around half of China’s rich intended to move to another country within five years. Several of these incredibly wealthy people have already relocated in Singapore, Australia, Canada, the United States and Hong Kong-London.

China holds more than $1.1 trillion in US reserves. It imports over 70 per cent of its oil and has huge trade interests in Texas, which is one of America’s largest exporters of crude: Texas can’t eat its oil, to adapt another US President’s comment on disobliging West Asians.

A glance at the list of China’s holdings in Britain — media, water, energy — makes one wonder what the native Briton can still call his own. “How much of Europe does China own?” the BBC asked last year.

The US and China are engaged in trying to reset a complex multi-level interaction with the greatest advantage to each side. Uncertainty will continue until this balance is achieved.

In Lewis Carroll’s verse, as the Dum-Dee quarrel worsened, “Just then flew down a monstrous crow,/As black as a tar-barrel;/Which frightened both the heroes so,/They quite forgot their quarrel”.

There’s no one to frighten them this time, save the looming economic threat. Washington knows that the loss of cheap Chinese imports will substantially raise American living costs.

As during the Cold War, Tweedledum said Tweedledee will again set aside the disputed rattle and achieve an uneasy equilibrium of power.

But that won’t include countries that have bilateral problems with China. Vietnam, the Philippines, Malaysia, Brunei … and India must fend for themselves