India was headlined on the front page — fortunately, in a way, it was a compliment, not a criticism 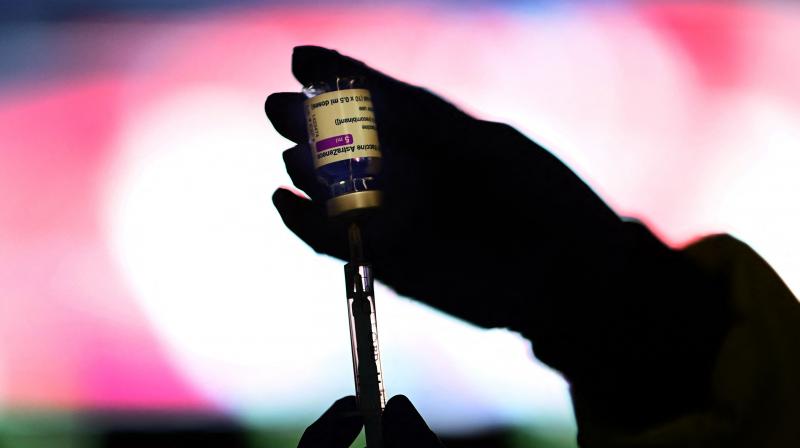 Now the news that our vaccine supply may be interrupted because the new wave in India will impact vaccine exports to the UK has spread gloom. (Photo: AFP)

At last, the Sun is shining both literally and figuratively. This is “Happy Monday” as another phase of lockdown comes to an end and we can meet in groups of two families. Or so we were told a while ago. But the Covid situation keeps changing like the London weather, and strict international travel bans come into force.

Earlier last week, India was headlined on the front page — fortunately, in a way, it was a compliment, not a criticism. But now the news that our vaccine supply may be interrupted because the new wave in India will impact vaccine exports to the UK has spread gloom. We have had only the fantastic success of the vaccination programme thus far to cheer us. By now, 32 million doses have been delivered catering to 43 per cent of the population, Second only to Israel. All adults were due to be “vaxxed” by the end of April. Now we are not sure and have to wait.

There is awe and wonder at how the Serum Institute has become the largest supplier of vaccines with special features on Adar Poonawala appearing in the media every day. (Makes a change from debates on farmers’ protests being discussed in Parliament.)

And so now we have stories on the “prince of vaccines”, with a fortune of 11 billion pounds, hiring a mansion on Mayfair for 50,000 pounds a week. We also know all about his property portfolio including the homes in India and about his fleet of 35 luxury cars which includes a Mercedes redesigned as a batmobile… Of course, it may be modelled on the vehicle owned by the fictional superhero, Batman, but with Covid, bats have a special significance, wouldn’t you say, hmm? But to be honest, while he vaccinates the world, Adar has become a superhero as well… who can grudge him his reported collection of Picasso and Dali? Well deserved — as lives have been saved after Adar took a risk and invested in the “Oxford” vaccine, long before anyone else thought of it.

The country remains obsessed by vaccines. On the news channels, in newspapers in daily conversations, Covid and vaccines dominate, as now we await the Covid annual booster jabs just like we have for flu.

We are also eagerly awaiting our final release in end-June. Even so, Boris Johnson keeps on hedging his bets. Twice bitten, three times shy is his story. People are demanding a final decision but no luck. The angry ones want an inquiry into the mistakes made over the last fifteen months but Boris is in no hurry. These inquiries take so long that he may have retired by the time they give their report.

The half-serious speculation is that Boris will quit being Prime Minister — not because he can’t win — but because he can’t afford it. Compared to what he made as a columnist (at £2500 per column) the Prime Minister only gets a low six-figure salary. The house at No. 10 Downing Street has just the top floor flat for living purposes. There is no government budget for decoration.

So when they moved, his fiancée decided that the place needed redecoration. There was no money from the government kitty. So private donations had to be made to buy a decent sofa and repaint the walls. This created another scandal, which has been running for some time… Where did the quarter-million come from? This must be the only country where the citizens don’t want their rulers to spend money officially on their homes but also don’t approve if they help themselves to their friends’ money. So what can a poor Prime Minister do? Unlike in India, no one here gets huge budgets to redecorate their homes when they shift into an “official residence”. But in India — politicians to bureaucrats — everyone is entitled to a redecoration spree.

Perhaps the saddest event of the week has been the accidental death of a seal, who had made his home in the Thames. Freddie, as the locals called him, had washed up from colder climes into the river some time back and decided to settle down. He had become a much-loved attraction. Alas, the other day, a woman, QC no less, was walking her dog by the river when the dog escaped her control and mauled poor Freddie. Freddie died but there are no guilty parties. The dog owner was helpless, as the dog would not let go. It was as if they had known each other and had a score to settle. Seals may be cute but the English treasure their dogs. After all, we are told that highly placed advisers to the Prime Minister have been transferred for being rude to Dilyn the Number 10 dog.