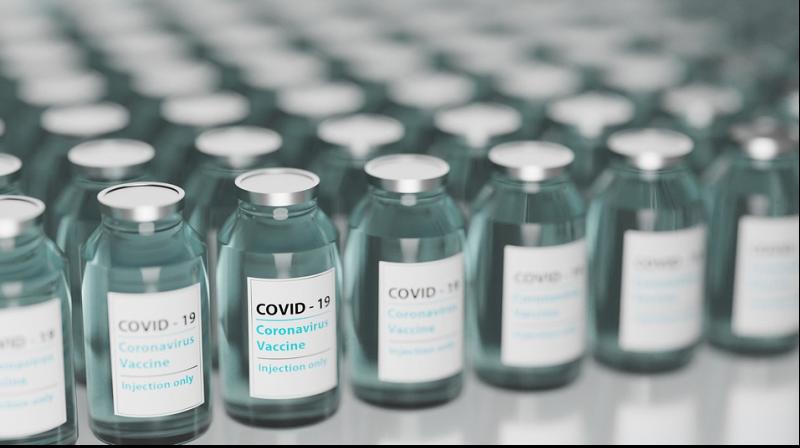 Operation “Vaccine Maitri”, which was launched earlier this month, is a milestone in the history of India’s assistance to fellow developing countries. As millions of India-made Covid-19 vaccines, packed in boxes labelled with the uplifting Sanskrit verse Sarve Santu Niramaya (may all be free from disease), reach countries across South and Southeast Asia, Africa and Latin America, India’s stature as a Good Samaritan and a responsible power in the world is rising.

The most remarkable feature of India’s mission to supply the much- sought-after doses to a pandemic-plagued world is its timing. Within days of approval from India’s regulatory authorities and their foreign counterparts, the export of vaccines began in earnest. India’s domestic vaccine rollout, which is a humungous task in itself due to the vast size of its territory and population, did not in any way delay its health rescue diplomacy towards countries near and far such as Bangladesh, Bhutan, Nepal, Sri Lanka, Myanmar, the Maldives, Seychelles, Mauritius, South Africa, Bahrain, Morocco, Saudi Arabia and Brazil.

A friend acting speedily in a time of need is the best. Bhutan’s Prime Minister Lotay Tshering articulated how important India’s support at the present critical juncture was by saying: “It is of unimaginable value when precious commodities are shared even before meeting your own needs.” Unlike some countries that imposed export bans on essential medicines, protective equipment and vaccines in order to attend solely to their own citizens’ pressing needs, India has threaded the needle right since the coronavirus pandemic broke out to share whatever it could with less endowed nations.

The ethos driving “Vaccine Maitri” and the earlier export of Covid-19 treatment drugs and medical gear is summed up by external affairs minister Subrahmanyam Jaishankar’s formulation that “we are more nationalistic, but at the same time we don’t see a tension between being nationalistic and being international”.

Guided by the holistic philosophy of Vasudhaiva Kutumbakam (the world is one family), India is extending a helping hand to others with the conviction that if sickness prevails in any corner of the world, then Indians themselves remain vulnerable. In today’s interconnected world, the well-being of 1.3 billion Indians cannot be isolated from that of the remaining 6.3 billion inhabitants of the planet.

With many recipient countries getting Indian vaccines either free of cost or minimally priced at actual production cost, and India also training medical personnel in some nations to administer the vaccines, the global public goods India is supplying are truly invaluable. “Vaccine Maitri” is India’s reputation-enhancing initiative, not a money-making enterprise or a bargaining chip to extract concessions and impose conditions. Unlike China, which has explicitly demanded diplomatic, geopolitical and economic quid pro quos for its masks, gowns and vaccines, India is not expecting anything material in return.

That is why the gushing gratitude from the recipients towards India is so genuine and quoteworthy. Brazil’s President Jair Bolsonaro tweeted an image captioned “Dhanyawaad Bharat” and “Obrigado India”, depicting the epic hero Hanuman carrying vaccines by air, all the way from India. The analogy was to Hanuman bringing the lifesaving Sanjeevani medicinal herb by lifting an entire mountain with his superhuman power and flying from the Himalayas to the battlefield in what is considered to be present-day Sri Lanka.

For Brazil, one of the worst sufferers from Covid-19, the Indian vaccines mean a lot because of its tortuous experience with Chinese vaccines. Mr Bolsonaro’s political rival,  João Doria, governor of São Paulo state, had bypassed the federal government and banked heavily on Chinese vaccines. In the end, for all the propaganda and hype whipped up by China about its Covid-19 vaccines, clinical trials in Brazil found their efficacy to be barely 50 per cent. India-made vaccines, both indigenously researched ones as well as foreign- contracted ones, are more reliable.

India has a huge comparative advantage in terms of credibility and capability of development and manufacturing of vaccines. Like space exploration, commercial satellite launches and information technology-enabled services, this is a niche scientific area where India is way ahead of many countries, even richer ones. Extensive manufacturing contracts and partnerships with Western pharmaceutical companies, such as Britain’s AstraZeneca, give Indian firms a distinct edge over their Chinese and Russian competitors.

India’s vaccine diplomacy rests on this qualitative and quantitative leverage. It does not take a lot of persuasion or salesmanship by New Delhi for countries to ask for Indian vaccines because their track record is proven, given the multiple dozens of Indian vaccines which have previously been pre-approved by the World Health Organisation. While China beats India overall in manufacturing, in this particular sector, one must place on record that China’s top vaccine maker Shenzhen Kangtai can’t hold a candle to India’s Serum Institute in Pune in churning out billions of doses per annum.

With China ending 2020 as the only major economy eking out a positive economic growth rate, some have adjudged it as the big winner riding out the storm of a global pandemic that China itself had spawned. But given its plummeting soft power resulting from hegemonic overreach, as evident from public opinion surveys, and the cloud hanging over Chinese vaccines owing to their safety and debt trap risks, it is obvious that others have to step up and show leadership in a world reeling from the pandemic.

To argue that India rose to the occasion and is winning the hearts and minds of the world is not a public relations claim but an internationally recognised reality. It bears reiteration here that India’s altruism does have concrete goals and objectives. The goodwill being accumulated from India’s vaccine diplomacy is expected to yield longer-term benefits of increased bilateral and regional trust and faith, which is why New Delhi prioritised neighbouring nations to be the initial beneficiaries.

Vaccine Maitri’s scale, speed and positive reception in country after country mark India’s finest hour as a net provider of international security. Playing to one’s strengths and maximising potential gains from them in the global arena have been cardinal principles of Prime Minister Narendra Modi’s foreign policy. Critics who instinctively pounce on him for all acts of omission and commission should tip their hats for a job well done and well planned.