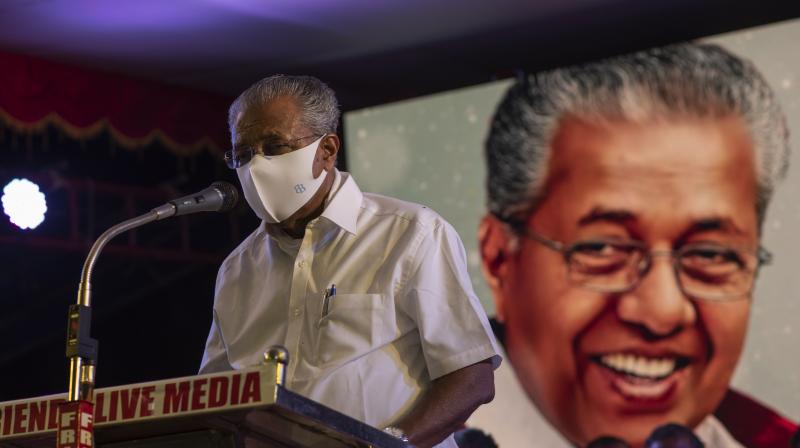 Sources say that Mr Rajamony was chosen by chief minister Pinarayi Vijayan based on his long innings as a career diplomat. (AP Photo)

In a first, the Kerala government has named Venu Rajamony, a former Indian Foreign Service (IFS) officer, as its point man to deal with the Malayali diaspora, especially in the Gulf states. Unlike many other states, Kerala has a large diaspora spread across the world. Given the strong links between the global Malayali community and the homeland, the government felt the need to have a seasoned person to deal with the needs of the wider Malayali community abroad. Mr Rajamony has been hired on a year’s contract as officer on special duty (OSD) for external cooperation.

Sources say that Mr Rajamony was chosen by chief minister Pinarayi Vijayan based on his long innings as a career diplomat. His experience, the state government believes, can be used to advantage in dealing with diaspora issues in coordination with the ministry of external affairs (MEA) and also to promote cultural, economic and academic alliances with foreign governments. In particular, Mr Rajamony will explore collaboration opportunities for the state government in overseas education, financial skill development and employment.

The task seems to be much bigger than one person can handle. But it is certainly an idea that Punjab, which also has a large diaspora, can take a cue from.

The bureaucracy in India moves at a slow pace is a truth that needs no explanation. The public knows it as well as the politicians. But now Haryana’s chief minister Manohar Lal Khattar is getting impatient with the inordinate delays by officials who are conducting inquiries against Class 1 and 2 officers facing disciplinary action. He has reportedly directed the state chief secretary Vijai Vardhan to set a deadline for the completion of the pending inquiries.
The CM has further ordered that the inquiry officer who is found to be shielding the guilty officers by delaying the inquiry will face “deterrent disciplinary action” if it is discovered that there has been an unjustified delay in completing the inquiry.

Disciplinary proceedings for a major penalty have to be finalized within six months, but it has been found that these are routinely delayed by the inquiry officer. Now Mr Vardhan has issued an order putting the onus on administrative secretaries to ensure that all pending inquiries against Class 1 and 2 officers be finalised before November-end. To twist their arm further, the government has said that officers who are facing inquiries of this nature will be barred from field postings and all posts that require dealing with the public.

Strong words, but we’ll have to wait and see whether this directive can snap the administration’s inertia into meaningful action.

Reading between the lines

The government has finally moved and filled the 13 secretary-level vacancies (reported here earlier on Sept 22) and also calmed the nerves of some 1989-batch officers who had been empanelled back in February but were despondent about not being appointed to fill the vacancies. The 22 new appointees are from this batch, except for three — P.K. Tripathi, Rajiv Bansal and Anuradha Prasad. Among these, 13 have been appointed as regular secretaries while the remaining nine have been elevated as special secretaries in the rank and pay of secretary.

Clearly, the government hopes to achieve several things here, besides plugging critical gaps, but mainly it wants to tilt the balance in favour of domain specialists. Steel secretary Tripathi has been appointed secretary of department of personnel and training (DoPT) since he has worked there earlier as an establishment officer. Similarly, Air India CMD Rajiv Bansal is the new secretary for civil aviation.

With time running out, the Centre realises that any further delay in critical appointments would harm its claims about good governance. Each of these appointees will be critical for implementing the Modi sarkar’s key policies. As secretary of the department for promotion of industry and internal trade, Anurag Jain, a Madhya Pradesh cadre officer, for instance, will be critical for the government’s FDI and startup policies and ease of doing business. Sunil Barthwal, who is the new labour secretary, will lead the implementation of the four labour codes and put in place a mandatory national minimum wage.

But, sources inform DKB, more needs to be done. Several critical vacancies still need to be filled, and any further delay could prove costly.