The separation of the haves and have-nots through walls and legal barriers can be characterised as anti-globalisation. 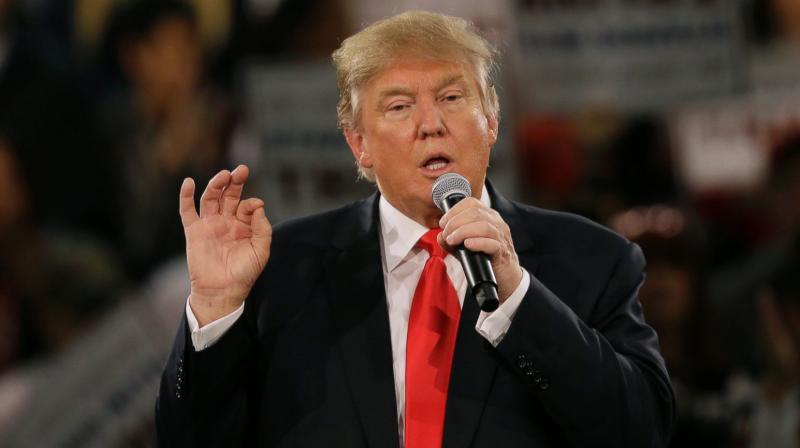 “Separated socks, they say,
Go to some sock
paradise
Separated lovers stay
In some valley of the sighs
Separated rain drops fall
From the clouds that were the sea
Separated echoes call
From a faded mimicry...”
From Hai Rabh To Hi Rob by Bachchoo

English-speaking Indians should know that on the death of Pandit Jawaharlal Nehru a handwritten fragment of a poem by Robert Frost was found on his office desk. It read:

Now, after the American presidential election of 2016, another of Frost’s poems comes to mind. It begins:

Something there is that doesn’t love a wall,
That sends the frozen-groundswell under it…

Frost is talking about a wall between his apple orchard and his country-neighbour’s pine forest. He says he doesn’t mind the stones of the wall being mysteriously or deliberately fractured by ground-swells, natural frost or by hunters, but his neighbour is dedicated to keeping the divide intact.

US President-elect Donald Trump built part of his campaign on building a wall between the United States and Mexico. He did explain. It would keep Mexicans from coming into the US. I don’t know if walls can do this. There are nowadays ladders of all sorts — wooden, metal, mechanical, self-elevating, wall-hopping to let you down the other side etc. Then there are helicopters and boats that go round the wall by being in the sea.

Of course, Trump and his “wallabees” will argue that there are also machine-guns, searchlights and watchtowers, just as there were along the perimeters of Nazi concentration camps — we’ve all seen them in the movies, haven’t we? Then there are anti-aircraft emplacements to shoot down helicopters and there are coast-guard patrols to blast unwanted boats out of the water. Some of these enforcements are bound to work and some of them, as is the world’s experience, along a border which extends to 1,950 miles and a coast which is 3,000 miles long, are bound to fail.

What perhaps even Trump’s followers may not know is that already their Mexican border has a 580 mile fence along it, one the Mexicans didn’t pay for.

Trump’s wall was endorsed by his friend Sarah Palin, the Alaskan candidate who announced that she had heard of the Great Wall of China which hadn’t let even a single Mexican pass.

The Berlin Wall, built by the East German regime, was constructed to keep people in, rather than out. The population, a groundswell as Frost would have it, tore it down in 1989 when it became clear that the troops manning it would not slaughter the mobs intent on demolishing it. The wall came down and Germany pronounced its reunification.

Those two, and perhaps Hadrian’s wall built in British Roman times to keep marauding Scotsmen from launching raids into England, are famous. Lesser known is the fact that India is still in the act of building a 2,500-mile barrier of a three-metre-high barbed wire fence, reinforced with concrete, along its Bangladesh border. As with Germany, divided after the Second World War, this “wall” is a consequence of the partition of Bengal which may have entrenched itself along religious lines, but is still testimony of the economic disparity that compels populations to cross the porous boundary.

No surprises in pointing out that Israel has built 450 miles of concrete wall and forbidding barbed wire along the borders of its settlements in Palestinian territory.

The refugee influx from Syria, Turkey, Afghanistan and parts of Africa into Europe over the last year have prompted Hungary to build a 110-mile four-metre-high fence along its Serbian border to attempt to stem the flow. It doesn’t. “Something there is that doesn’t love a wall” and there are people and people-smugglers who find their way around and over it.

Morocco has gone a step further to keep the inhabitants of the Western Sahara out. It has constructed a 1,700-mile sand barrier, two metres high and seeded with landmines to blow up people who attempt to cross it.

In every case the built or proposed walls, and even the Berlin Wall, are being or have been built to keep the poor and desperate from entering the realms of what is, comparatively, plenty. And now they find their metaphorical avatars in Brexit — which is not so much a reaching out by the British population to greater trading partners and markets in the world as an attempt to erect a legal barrier to the influx of immigrants or a workforce from Europe. Its American manifestation is the expulsion of people whom the Trumpeteers deem to be illegal and the trumpeted ban on people who are Muslims from entering the country.

And there’s more to come. If Marine le Pen comes anywhere near winning the French presidential elections, there will be barriers built against the French-speaking immigrants of France’s former African colonies and expulsions on the same illiberal grounds.

The separation of the haves and have-nots through walls and legal barriers can be characterised as anti-globalisation.

The very word “globalisation” has in our times meant nothing but an accessibility of Internet signals in very many parts of the globe and, much more importantly, the export of capital to places where labour is cheap.

Globalisation should have, with this fluidity of capital, meant a flow and exchange of labour — and it has to a very limited extent. The triumph of Brexit and Trump and the threatened triumph of Le Pen promise to limit the exchange even more.