Given the BJP’s inverse Midas touch, should Trump worry?

Within a year of Khomeini’s rule, Vajpayee’s emissaries were standing with heads bowed in front of the new helmsman of Iran. 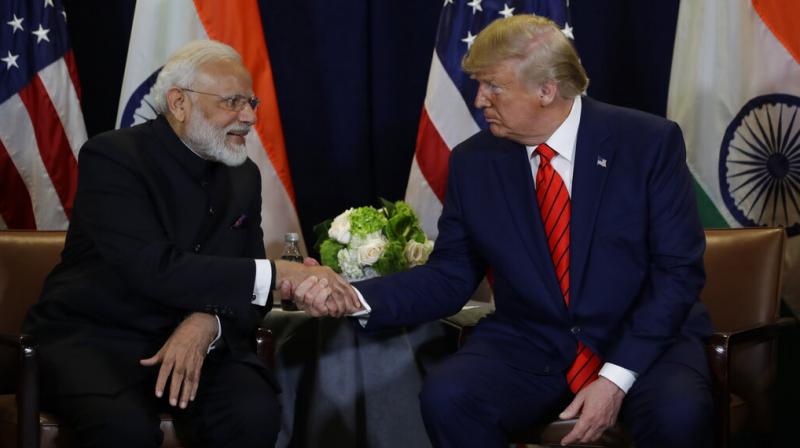 Narendra Modi affectionately called him “my friend Bibi”. Now the loud, foaming-at-the-mouth Benjamin Netanyahu has been shown the door again, for a second time since the country voted in a hung parliament in April. With that should go the Israeli leader’s boast of annexing another Arab territory. (Not quite a morale booster for anyone seeking to annex territories.)

If he survives yet with a desperate sleight of hand, Netanyahu would be too emaciated politically to worry his many adversaries. Should he fail, which is likelier, he would almost certainly be slapped with corruption charges leading to a possible jail term. This inverse Midas touch is par for the course with BJP leaders, almost with supernatural precision.

Atal Behari Vajpayee hugged Nawaz Sharif in Lahore, and within weeks, the latter was overthrown in a military coup. Years later, Mr Modi arrived at short notice ostensibly to bless a family wedding in Mr Sharif’s hometown. And sure enough, an uncanny claimant of divine (or mortal) blessings replaced him.

Most tellingly, perhaps, Vajpayee was foreign minister when the Shah of Iran, feeling abandoned by the US, found he had nowhere to go as he tried to quell a communist-led rebellion that was joined by Shia clerics. The widely disowned Shah was hosted and feted in New Delhi, possibly at Jimmy Carter’s prodding, his last outing as the ruling monarch anywhere. After the Delhi visit, there was not a single grudging foreign host wanting to welcome the Shah who died a lonely man in Egypt.

Within a year of Khomeini’s rule, Vajpayee’s emissaries were standing with heads bowed in front of the new helmsman of Iran. There was a Shia cleric from Lucknow who Vajpayee began courting because he claimed to carry a letter of recommendation from Khomeini. The cleric accompanied the first Indian delegation to post-revolution Tehran. The man in his black turban, a Shia sign of clerical pedigree, was berated publicly for falsely claiming to be the ayatollah’s man in Delhi. The maulana has been ruing the day he befriended Vajpayee. The pattern of a proverbial kiss of death should, therefore, worry Donald Trump after Mr Modi wished him a second term.

As Shakespeare was inclined to show, prophecies and pious hopes do go eerily wrong. John Lennon made it sound only more agreeable by saying: “Life is what happens to you while you are making other plans.”

Just a day ahead of their Houston circus a surging Senator Elizabeth Warren was challenging Joe Biden’s dominance in the Democratic race, a veritable nightmare for Trump. Add Bernie Sanders’ double digit numbers to her kitty and Warren could be all set to make a fight for it next year against Donald Trump.

Something worse is brewing for Mr Modi’s Kashmir policy. In the UK, even scornful bankers are embracing Jeremy Corbyn as a saviour against the Conservative Party’s penchant for playing havoc with Brexit. So, as things stand, neither the Hindutva jamboree in Houston, nor his embracing of Trump, has won Mr Modi an endorsement for his subversion of democratic decency in Kashmir. The backhanded compliment Mr Modi got at Houston should be additional proof if one were needed. There may be a larger spoke in the wheel for Mr Modi’s Kashmir policy. As it happens, much of India’s economic and political calculations hinge on its post-Cold War compact with the Middle East. It was Vajpayee’s national security adviser Brajesh Mishra who flipped the pro-Palestine policy, arguing that the future of India was aligned with the US and Israel. By courting Israel, he calculated, not without substance, Saudi Arabia would come as bonus.

The flaw in the script was that underneath the chador, Iranian women wear jeans. An Indian who went to Tehran to teach English lost his job because his accent was too British. Before the revolution, Iran and Israel were regarded as the two wings of the American warplane in the Middle East. Pakistan tried to step in for Iran, but was assigned another self-harming task, like tinkering with Afghanistan in a replica of Victor Frankenstein’s experiment with hideous consequences.

Imagine everyone’s calculations going awry — including Mr Modi’s gambit in Kashmir and Imran Khan’s decision to fly to the UN in a Saudi prince’s plane — if Iran’s President Hassan Rouhani succeeds in offering a new peace plan for the Middle East. Iran’s scheme, which gives no role to the US, could be a bid for the diplomatic high ground when the US and Saudi Arabia blame it for the Sept 14 air strikes on Saudi oil fields. But, can Modi and Imran succeed, if Rouhani fails? The event in Houston appeared like a sideshow, a ruse to mask a truer reality lurking in the omens not easy to divine.