TMC in a fix in Bengal as BJP’s appeal grows

The TMC has produced the unintended consequence of pushing the dissatisfied into choosing the BJP. 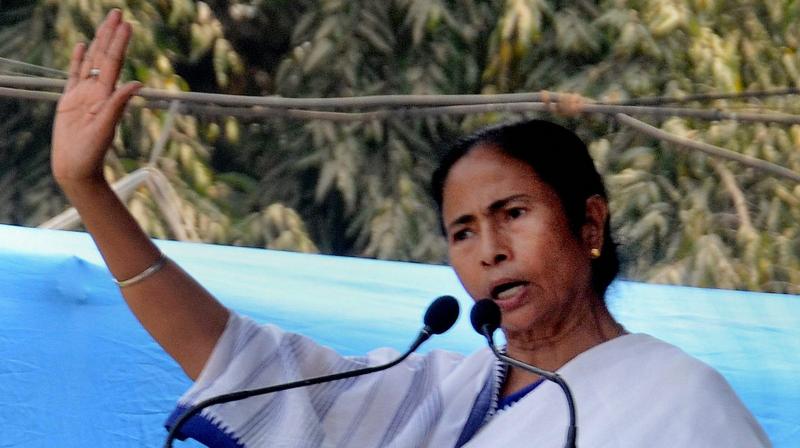 To build a bulwark against unwelcome change seems to be role assigned to the BJP in West Bengal. It is seen as the white knight, specially its leader Narendra Modi, and as the only political ideology that can prevent the equation of power between the majority and the predominantly Muslim minority, to resist the rumoured demographic changes that will tilt the balance of forces against the Hindu majority in the next decade and protect women against seduction, abduction and conversion.

The fast-moving spread of the BJP’s appeal in what is regarded as “progressive-liberal,” “communally calm-secular,” and “Liberal-Left” West Bengal has stumped the usual political rivals — the Trinamul Congress, the Congress, the CPI(M) and its Left Front partners. Apart from blaming each other, the parties are groping for an answer on why the right-wing, conservative Hindutva party has become so attractive to voters in West Bengal. The BJP now has three legislators in the West Bengal Assembly, with over 10 per cent of voteshare, and two MPs in the Lok Sabha.

While the BJP hasn’t yet emerged as the clear alternative, its hardworking media cell has certainly delivered targeted alternative facts on the social situation in West Bengal that is causing uneasiness among one level of voters, alarm at another level and outrage at yet another level. So much so that far ahead of the next election, due in 2019 for the Lok Sabha and 2021 for the Assembly, there is an articulation of choice that is beginning to be heard louder and clearer than ever before.

Out of the many moments when much of this wavering towards the BJP began crystallising as a choice the events in Dhulagarh stand out, partly because of its geographical location at an important crossing point for travellers by road, up and down and across West Bengal, and partly due to the later handling of the situation by the Trinamul Congress and the Opposition. In Dhulagarh, trouble started on December 11 and escalated with both sides turning to violence, hurling bombs and torching homes. There were attacks followed by retaliation by Hindus and Muslims. The West Bengal government used its maximum power to prevent the situation from turning into a full-scale communal riot. The effect was alienation of Hindus all around. Subsequently, the blacking out of all information on what happened has fed the alternative media network with enough material to confirm the deep misgivings of Hindu voters.

Political necessity prompted the Trinamul Congress, in the run-up to the transformational 2011 elections when it decisively defeated the CPI(M) and its Left allies to create a strategy that sucked Muslim voters towards it. In many constituencies, the balance of communities is such that Muslim voters can tilt outcomes. Its policies while in power deepened the connection to Muslim voters and clergy, which worked as a powerful advocacy group for Trinamul candidates in all elections — municipal, panchayat, Lok Sabha as well as the 2016 Assembly polls. Policies such as stipends for imams, however fitfully delivered, the rapid construction of Haj houses across the state, its promise to convert madrasas into government-aided schools, contributed to the growing perception that the active support to the “backward and deprived” Muslims is not an intervention or a necessary course correction, but active politics of appeasement.

The Trinamul Congress has therefore produced the unintended consequence of pushing the dissatisfied and disgruntled into choosing the BJP. Grievances against the Trinamul Congress have metamorphosed into anger over its Muslim appeasement politics. The CPI(M) is not the alternative here — its ideology and its past record of being overly protective of Muslims too, by allegedly enrolling them as voters after issuing ration cards and identity papers, converting illegal immigrants into Indian citizens, goes against it in the present situation. The Congress’ reputation is also compromised as it too has been associated in the public perception as “soft” on Muslims, regularising Bangladeshi Muslims as Indians and above all for its part in the history of Partition.

In 1977, it was transfer of Muslim support to the CPI(M) that pushed it over the winning line in an election that was truly historic. It was the same transfer of Muslim backing that pushed the Trinamul in alliance with the Congress over the winning line in 2011. Therefore, all three political parties are eliminated, by one measure, as offering any kind of alternative to the emerging narrative that has blossomed and spread of late — that Muslims have prospered and become locally assertive at the cost of the local Hindu community. The narrative has gained force as anxieties were stoked by the BJP, which took advantage by highly coloured portrayals of the Trinamul Congress as gifting political protection for assertion,  bullying, intimidation, corruption, criminal activities, in return for votes.

In contrast, the BJP and Mr Modi are seen as a purifying alternative. The message of fighting corruption and rooting out black money has begun to resonate in West Bengal. If a few powerful people were booked in the Saradha, Narada or Rose Valley scams, if economic growth translated into better work opportunities, greater stability of jobs on contract or otherwise, the buildup of frustration and disappointment with Trinamul Congress, that had promised “paribartan” (change) would have been far less. Instead, unfulfilled aspirations, which the promise of change offered, seem to be channelising themselves to the BJP as the alternative, that can deliver money, jobs, growth, prosperity and protection against the Muslim as the Other, prospering through patronage. Seduction is being delivered through the social media via mobiles, with lurid “true stories” of women abducted and converted, the transformation of the majority Hindus in a decade into a numerical minority.

The unfolding story is that it is only the BJP that can build a bastion to protect the Hindu majority and exclude Muslims. This is fuelling volatility and building the BJP’s base in places that have been known as the Trinamul Congress’ turf. The Trinamul Congress is now in a trap. It can’t afford to risk alienating its minority voter base; but also can’t aggressively woo the anxious Hindu majority. Its appeal to women has waned and the narrative now spreading is difficult to counter as the gap between credibility and distrust has widened since 2011.