The FM is fiscally bound this year, not least because the GST is performing below expectations. 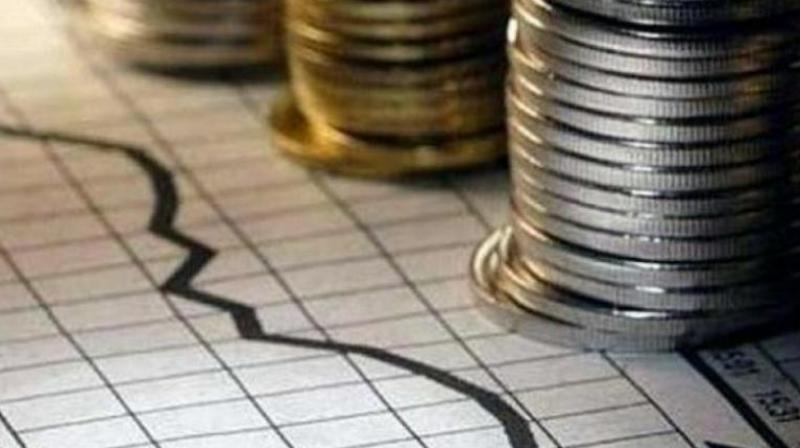 The four years since 2014 have been chock-a-bloc full of fiscal and financial reforms. India needs a rest from such frenetic reforms. It’s time to take a deep breath, consolidate and pull all the loose strings together. One hopes that fiscal 2019 is devoid of breaking news, dull as ditchwater but fulsome in terms of outcomes.

The most successful reform of the Narendra Modi government has been the restoration of fiscal stability. The Union government’s fiscal deficit is down to the targeted 3.2 per cent of GDP in fiscal 2018, from a high of 6.5 per cent in fiscal 2010, post the 2008 financial crisis. The revenue deficit has similarly trended down to 1.9 per cent of GDP. Consumer price inflation has been tamed at sub four per cent. This achievement burnishes the credibility of the government’s fiscal management.

Significantly, fiscal discipline was enforced despite a reduction in the net tax resources. The 14th Finance Commission had enlarged the share of state governments from fiscal 2015, in the divisible pool of Central taxes, to 42 per cent from 32 per cent. State government expenditures have consequently increased rapidly.

Tax receipts have been a traditional fiscal Achilles heel. Union government tax receipts are near stagnant at around 10 to 11 per cent of GDP. State governments additionally collect six to seven per cent of GDP as taxes. But there is a silver lining now. The Goods and Services Tax is likely to disrupt this placid tax regime, because it introduces positive incentives for paying taxes via the tax credit provisions. Honing the multiple GST rates to the specificities of India’s political economy will remain an ongoing exercise. Once the tax revenue stabilises, the government could consider reducing the multiple tax rates, thereby harnessing the efficiency gains of simplification.

Direct tax collection over the first three quarters of 2017 grew at 18.2 per cent over the previous year, versus a target of 15.7 per cent, courtesy the clampdown on cash transactions. India’s direct tax rates are not extortionary. There is little scope to provide tax breaks. In fact, existing tax breaks could be ended, like those for capital gains on equity held for just one year. The stock markets are defying gravity. So, this is a good time to tax capital gains. Doing so also aligns with reducing inequality. A common, rules-based, capital gains regime across asset classes is required. The current tax rate on long-term gains, other than equity, is 20 per cent. Short-term gains are taxed at the applicable income-tax rate. The case for taxing capital gains at a lower rate than income, is sound — it provides an incentive to take risk and invest. Inflation indexation of the capital gains and a common tax rate of say 10 per cent — across asset classes, would be eminently sensible.

India spends very little on education and health. While throwing money at either is not guaranteed to improve services, low allocations are a serious constraint. More fiscal space could become available for social sector spend, if private investment and management could do the heavy lifting in infrastructure and manufacturing. State-owned enterprises are strewn across transportation, telecommunications, power, coal, oil and gas, steel, metals and other minerals. Nearly all could usefully be privatised and the capital receipts utilised more gainfully in core sovereign areas. But India’s political economy has, for long, enshrined the perks and patronage, derived from public ownership of industries, as the fruits of being in power.

But private investment has dried up from fiscal 2016. Plagued by 14 per cent of stressed loans, banks focused on damage control adversely hitting new lending. The “twin balance sheet problem” of banks and their defaulting borrowers needs faster summary resolution for results.

Solutions must be found for alleviating poverty — one-fifth of our citizens remain poor and another one-fifth are vulnerable to poverty from shocks. Inequality is increasing. This reduces aggregate demand in the economy. Demonetisation and the attack on corruption has subdued consumption and investment, till businesses adjust to the new operational constraints.

There is a general expectation of sops from Budget 2018-19 in view of the impending elections. Finance minister Arun Jaitley is sure to resist this temptation. However, he might be tempted to withdraw subsidy benefits from urban areas, where incomes are higher and employment more easily available. The subsidy burden on food, cooking gas and fertiliser is an unsustainable two per cent of GDP — principally because it is badly targeted and inefficiently spent.

The finance minister is fiscally bound this year, not least because the GST is performing below expectations. He should frankly admit that the economy needs breathing time, before the numerous reform steps deliver results. In the meantime, keep breathing, if you can.