Opinion   Columnists  21 Jul 2020  Mohan Guruswamy | What my dog taught me about 'No Trespassing' signs
Opinion, Columnists

Mohan Guruswamy | What my dog taught me about 'No Trespassing' signs

Corruption is India’s favourite conversation topic, We love discussing it and bemoaning its all pervasiveness 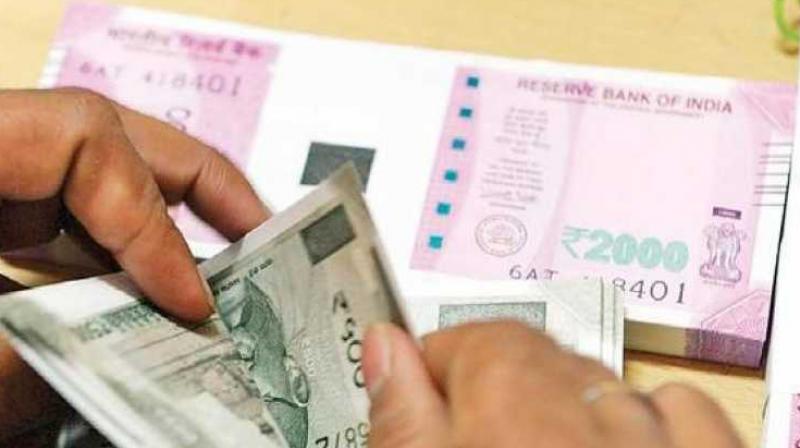 My dog Charlie is long gone. But Charlie, who was a brown Great Indian Mongrel, was wise in the ways of the world. He taught me a lesson in public policy I will never forget.

Corruption is India’s favourite conversation topic. We love discussing it and bemoaning its all pervasiveness.

We are experts at it and have all experienced it in some form or the other and at all levels. Yet with so much collective experience, it’s a difficult topic to write about. Like our gods, it takes so many myriad forms. It defies a simple definition.

But we all know what it is. What Justice Potter Stewart of America’s Supreme Court said in the context of obscenity “I know it when I see it”  is equally applicable to corruption. It is the most obscene of obscenities but a fairly common one.

Economists prefer to bandy about a different term when referring to corruption. They call it “economic rent”. The IMF says “it is the extra amount paid (over what would have been paid for the best alternative use) to somebody or for something useful whose supply is limited either by nature or through human ingenuity”.

Then he was a resident of Ahmedabad. Both were ordinarily residents of New Delhi. But if you and I were as cavalier as this in declaring our place of residence, say for the purpose of a passport, we could end up in prison.

The Ambassador car, that immortal symbol of a mindless and rapacious bureaucracy, actually gave its manufacturer and employees as much joy as it gave sorrow to those who owned or drove those cars.

Did you notice how all car tyres or batteries cost about the same? Or how all similar sized air-conditioners and refrigerators cost about the same? Adam Smith explained it best by noting that “people of the same trade seldom meet together, even for merriment and diversion, but the conversation ends in a conspiracy against the public”.

Our MPs have much to thank Dr Manmohan Singh for conjuring up MPLADS (MP Local Area Development scheme), but the then finance minister probably never contemplated the likes of Sakshi Maharaj, who turned it into one of personal development.

The business of taking money for sking questions in Parliament is as commonplace as a traffic cop collecting money from errant drivers. In the former, it’s an extra-legal payment for a service. In the latter it’s an unofficial punishment for truancy. In both cases, the money is tax-free and hence in the same class.

People who build or make alterations without the sanction of the authorities pay underhand for deviations, knowing it was against the law. But it is commonplace, and that seems okay. But when a high court orders them demolished, we are outraged.  What if the same high court ordered that MPs making false statements about their place of residence must quit? It might make us happy. This is clearly a subject that needs far greater deliberation and discussion.

Opinion polls show that there are some professions we believe to be almost entirely corrupt. Politicians and policemen top this list, with 99 per cent of those polled believing them to be crooks. Much of the corruption we witness in everyday life is a result of their unnecessary exertions.

When I lived in Gurgaon, I had an opportunity every morning to contemplate a vacant plot of land in the neighborhood. Roads bound the plot on all four sides and people walking to work naturally took a shortcut across it. Some officious soul had taken it upon himself to put an end to this practice.

First a sign came up demanding that people not do the most rational thing, that is taking a shortcut. The sign was ignored, and my dog Charlie began using the signpost to leave his signature. Then a small length of barbed wire pegged between two poles appeared astride the path.

The people who use the path still found it convenient to go around the poles and take the shortcut. Good old Charlie just slipped under the wire and seemed quite happy that he had two more poles to leave his daily markers.

The nature of most of our lawmaking is just like this. They are irrational and people will respond rationally to them, by circumventing them if not completely ignoring them. The only way that plot could have been prevented from being used as a shortcut was to build on it.

If the empty plot is just walled up, the walls will encourage another use, which will be odious to boot. Which brings me to another aspect. We have laws that prohibit pissing in public and on walls, private and public. Pissing is meant to be a private business.

Thoughtless laws corrode a state thoroughly. That’s why states built around tight regulations and appeals to a higher human idealism fail. Corruption is all-pervasive and a worldwide phenomenon. It comes built in with nature. Animals steal food from each other just as humans extort from others.

But human beings live in organised societies, which are nothing but systems based on laws. For laws to work, it must be clear that if caught, trials will be swift, and if found guilty retribution will be commensurate.

That’s where we have serious problems. Who makes the law? Politicians. Who enforces the laws? The various policing agencies. Both are believed to be overwhelmingly corrupt.