Opinion   Columnists  21 May 2018  India’s policy of isolating Pak: What has it achieved?
Opinion, Columnists

India’s policy of isolating Pak: What has it achieved?

A deliberate policy of confrontation was launched, at stages, almost immediately after Narendra Modi came to power in 2014. 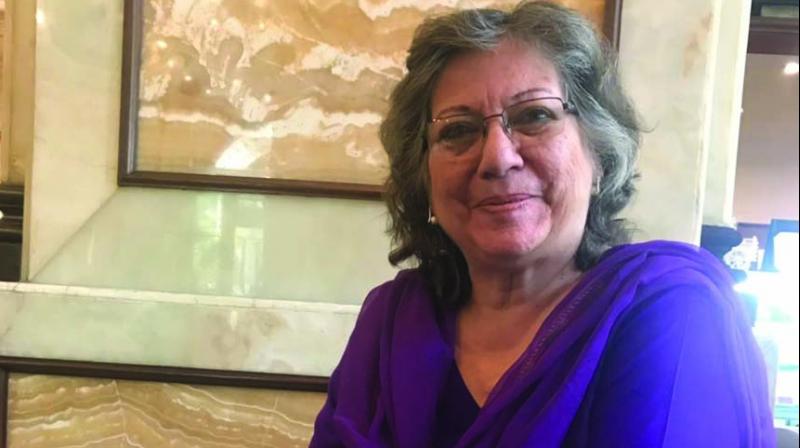 It is not possible to exaggerate the respect that Faiz Ahmed Faiz enjoys in India; his poems inspired and lifted the morale of many of those who were imprisoned during the 1970s’ Emergency. One of the dailies quoted, with unconscious irony, his famous line: “bol ke lab azad hain tere” (speak for your lips are free).

It is a shame, then, that his daughter Moneeza Hashmi was denied permission to speak at the 15th Asia Media Summit in Delhi after being invited to do so. This is not the first time that his two daughters faced such uncivilised behaviour. Only recently, both were invited to an event in Lucknow to celebrate Faiz’s birth anniversary in February. Only Salima Hashmi was given the visa — that, too, only two days before the event, to ensure her absence.

Representatives from nearly 40 countries participated in the recent summit. The organisers claimed ignorance of why Moneeza Hashmi was not allowed to speak. One of the co-hosts was the Indian government’s information and broadcasting ministry. Another was the Asia-Pacific Institute for Broadcasting Development, based in Kuala Lumpur, which is an intergovernmental organisation serving countries of the UN Economic and Social Commission for Asia and the Pacific in the field of electronic media. Could the US refuse visas to delegates to the UN General Assembly?

This year, Indian invitees to the prestigious Karachi Literary Festival faced an unprecedented hurdle. Since direct flights to Pakistan were off, they could only fly and return via Dubai. These are not isolated instances. They form part of a pattern in a policy of confrontation.

Confrontations can make sense only under four conditions. First, world opinion must support the policy because it perceives it to be justified. Second, the power equation must be very largely in favour of the state that launches the policy. Third, the demands that it makes must be susceptible to compromise and are not surrender terms. Lastly, that the state under coercion is not isolated. Cuba could survive American coercion for decades because it was backed by the Soviet Union.

A deliberate policy of confrontation was launched, at stages, almost immediately after Narendra Modi came to power in 2014. Cancelling the foreign secretaries’ talks in 2014, on specious grounds, was intended to convey a message: the BJP is fundamentally different from the Congress. The policy evolved since then to reach its menacing proportions of today. But they were always in view.

Confrontation with Pakistan is part of a two-pronged strategy. Its author, reportedly, is Ajit Doval, former head of the Intelligence Bureau and now Narendra Modi’s closest adviser. The Doval doctrine is now in full play. Over a year ago, the Indian Army launched Operation All-Out, described by a correspondent as “a relentless no-holds barred offensive against militancy in Kashmir”. Both prongs are doomed to failure.

Even if armed militancy is crushed, the peoples’ alienation from India will not subside; it will become deeper, only to fuel the revival of militancy later. There is not the remotest possibility of militancy being crushed either; the entire populace supports it.

Modi wants to “settle” Kashmir before the elections of 2019. As for confrontation with Pakistan, its military prowess apart, it is not diplomatically isolated, despite India’s prolonged efforts over the last few years. The fate of Saarc provides a graphic illustration. On October 26, 2017, Indian foreign secretary Dr S. Jaishankar said, “(T)he Saarc vehicle has sort of jammed because of two big issues — terrorism and connectivity.” The 19th Saarc summit, which was due to be held in Islamabad in November 2016, was indefinitely postponed after India, Bhutan, Afghanistan and Bangladesh pulled out of the event. The last two are unlikely to decline for long. The Bay of Bengal Initiative for Multi-Sectoral Technical and Economic Cooperation (Bimstec) cannot replace Saarc — or spell Pakistani isolation.

Last month, India spread word that the time is still not ripe for a Saarc summit. But on the eve of PM Modi’s visit to Nepal on May 11, Nepalese foreign minister Pradeep Kumar Gyawali declared his country’s support for reviving Saarc. “We cannot compare Saarc and Bimstec.”

Countries merrily join India in denouncing militancy in joint statements, but do not let it affect their relations with Pakistan. What has the policy of confrontation through isolation achieved? Russia’s relations with Pakistan have improved markedly. Neither Pakistan nor India is “isolated” in the councils of the world. True, India’s clout has risen. But every great power seeks friendship with Pakistan in its own interest. It cannot be quarantined.

The policy is not based on cool rational calculation but on the worst of emotions — hate. It is a matter of time before the confrontation is ended. Meanwhile, it will be pursued with the gaucheness that has always been its companion; Faiz sahib’s daughters had a taste of it.