The Uighurs are Turkic Muslims, and official Chinese fears of fundamentalist radicalisation are not exactly unfounded. 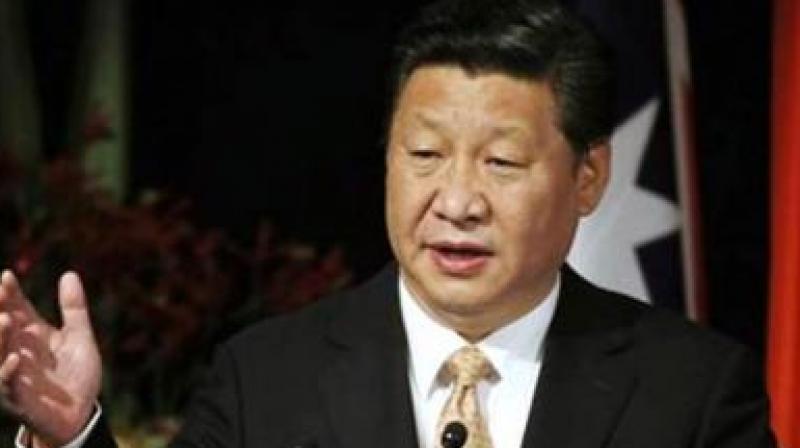 Nowhere in China has the extraordinary wave of authoritarianism that has accompanied the rise of Xi Jinping been more evident than in the supposedly autonomous Central Asian region of Xinjiang, where an estimated million or more members of the Uighur minority are reportedly undergoing a process of “re-education”.

Chinese officialdom bristles at the term, yet the facilities where Uighurs are incarcerated alongside Kazakhs and others are officially labelled as centres for “concentrated transformation through education”, where breakfast is withheld unless you know all the words to hymns such as Without the Communist Party There Would Be No New China. That is by no means the worst punishment for failing to measure up to the required standards.

The Uighurs are Turkic Muslims, and official Chinese fears of fundamentalist radicalisation are not exactly unfounded. Ethnic riots back in 2009 claimed scores of lives, and there have been sporadic instances of terrorist violence in the interim. There is reportedly an Uighur group among the vast variety of extremist combatants in Syria. After 9/11, American forces took into custody about 20 Uighurs, who ended up in Guantanamo Bay but have since been resettled in various countries.

However, such outbreaks involve tiny numbers. A response that involves mass repression could only prove counterproductive.

Its scale can be judged from the calculation, based on official data, that whereas Xinjiang accounts for just 1.5 per cent of the overall population of China, 20 per cent of nationwide arrests last year occurred in that region. This does not include the roughly 10 per cent of the Uighur population subjected to re-education, which entails widely varying periods of incarceration. However, it includes ’day scholars’ who are permitted to go home at night, provided they return the next morning for further indoctrination in the unquestionable virtues of President Xi and the vices of adherence to their faith.

Behaviour that can lead to involuntary enrolment in “concentrated transformation” programmes ranges from sprouting suspiciously long beards and “inappropriate” attire, particularly veils, to offering prayers anywhere other than a mosque. Devotion to halal food can also arouse concern, but the alarm bells clang even louder if someone suddenly stops consuming alcohol, tobacco or ham.

Whatever one may think of religious culture, one thing all of humankind ought to have learned as a consequence of various experiments through much of the 20th century is that state repression does not work, and often backfires. Attempted assimilation that entails some kind of “cultural genocide” is more likely than not to generate an eventual backlash.

The Uighurs are by no means an exclusive headache for Beijing. The fact that the region’s Communist Party chief, Chen Quanguo, was previously associated with bringing Tibetans into line speaks volumes, but ethnic minorities are far from the only issue that is concentrating minds in the party hierarchy. China’s reputation as an economic powerhouse has been built on state-sponsored and private enterprises that have far more to do with capitalism than with any form of communism, but these usually involve levels of control that many countries where capitalism is the official doctrine would find hard to implement.

The BBC reported last month, for instance, that 50 student activists in Huizhou, near Shenzhen in Guangdong province, went missing “after police raided an apartment where they had been mobilising support for factory workers demanding union rights”. It may seem ironic for a country that still takes pride in its communist credentials, but exploitation of the labour force in China often exceeds the norm in capitalist nations where the working class still retains some of the 20th century’s social-democratic gains.

Xi has lately been facing a bit of pushback from power structures within his nation, especially in the wake of Donald Trump’s declaration of a trade war, with several other Western countries perturbed by indications of growing Chinese militarism in a broadening international sphere, including a base in Djibouti and an under-construction “counter-terrorist” training camp for Afghan troops in Badakhshan, not far from the border with Xinjiang. Tensions with Taiwan have lately increased, and the latter portion of the “one country, two systems” arrangement with Hong Kong sometimes tends to be honoured in the breach.

As a rising power that will within a couple of decades, if not sooner, boast of the world’s largest economy, China is playing the (relatively) long game — which in part seems to involve increasing the indebtedness of certain Third World countries as a means of rendering them beholden to Beijing. There are hidden dangers therein, but perhaps the most alarming aspect of Chinese party policy at the moment is its apparent devotion, especially in the Xinjiang context, to expanding the likelihood of the enemy within.