The 24-year-old Lebanese Muslim, Hadi Matar, has been charged with the attempted murder of Salman Rushdie 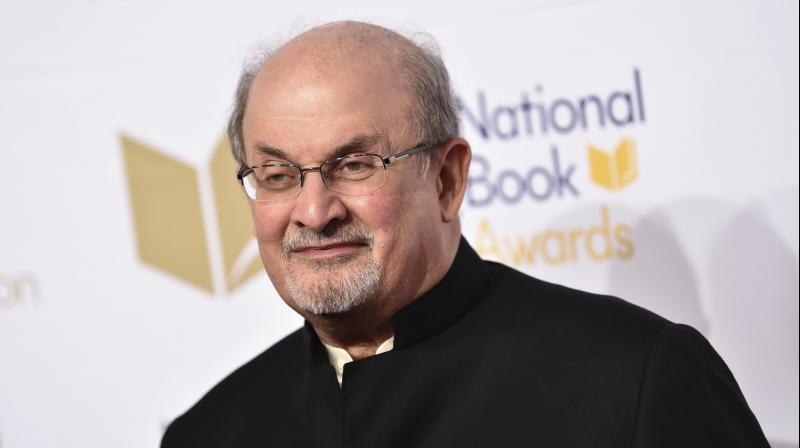 “The furtive magpie crouched and stitched the ground
With ever still a watchful, wary eye
For any sign of movement all around
Which may cause it to panic and to fly
They say, O Bachchoo, one brings bad luck
And a pair of them will promise you joy
A trio of them won’t promise a f--antasy
Counting thieving birds can only annoy…

Murder is personal, assassination is political. John Wilkes Booth had nothing personal against Abraham Lincoln and Nathuram Godse thought he was putting the world to rights. So with the assassin of Rajiv Gandhi.

The word “assassin” itself comes from the Islamic cult of hashish-crazed killers who killed for some belief in religious purity. The Sikhs who assassinated Indira Gandhi acted out of their conviction that they were avenging an assault on their religion.

The 24-year-old Lebanese Muslim, Hadi Matar, has been charged with the attempted murder of Salman Rushdie. He should have been charged with “attempted assassination” — though the statutes aren’t subtle enough to make that distinction.

Matar wasn’t born when the Ayatollah Khomeini pronounced his 1989 fatwa against Salman for writing The Satanic Verses. The Iranian authorities have, since the fatwa was propagated, offered mealy-mouthed explanations for it, never openly withdrawing it — they say a fatwa is an “opinion”, not a command.

There is no concrete evidence that the Iranian regime was behind this attempt on Salman’s life, though the media, supported by defence specialists, speculate that the attempted assassin was inspired by Iranian surrogates. It is known that Matar travelled to the Iranian “controlled” area of Lebanon in 2018. His mother, who lives in the United States, said that he returned from the trip in a sultry and reclusive mood and seemed obsessed with the Islamic doctrines he had acquired on his trip. He even adopted a pseudonym which was a combination of the names of the leaders of Hezbollah, the Iran-supported outfit.

Obviously, the indoctrination he had undergone in what he must believe is Islamic teaching ignores the undeniable fact that the Quran, without qualification, adopts with the nine others, the sixth commandment of Moses: “Thou Shalt not Kill!”.

Was Matar’s attempted assassination a defiance of the word of God? No doubt he thought that even if he was apprehended for the murder and given the death sentence, he would go to heaven as a martyr, be assigned 72 virgins and have a glorious, if exhausting, after-life.

In this contemporary world the absurdity, this cancerous shadow of the dark ages on the consciousness of an individual, is confounding.

And so, gentle reader, to some personal recollections. In the late 1980s I befriended Salman and, as a commissioning editor at Channel Four TV, commissioned him to make several programmes, including a journey to India to track the lives of people who were the real Midnight’s Children.

In early 1988 Salman gave me a blue-paper-covered, uncorrected pre-publication proof copy of The Satanic Verses with a note on the front page asking what I thought of it. I read it and told him he would be shuffling from TV studio to TV studio answering questions from outraged mullahs.

I lent this proof copy to my friend Ray Bruce, a theologian and producer of religious programmes. I can’t recall his exact words on reading it, but he certainly said that the reaction would be more than a shuffle through the TV studios. He was right. Protests and book-burnings took place. At the time I frivolously thought that book-burnings may have been an expression of hatred, but if the book-burners were serious they could buy a thousand or more copies of any of my books and burn them, which would be good for sales. Yes okay, I am now ashamed of the notion.

Soon after these book-burnings and bans all over the world came the fatwa. I was invited by ITV, UK’s leading commercial network, to appear on a programme called “Hypotheticals” hosted by a charming QC called Geoffrey Robertson. The producer said it was to discuss The Satanic Verses, and the recording was to take place of an evening in a hotel in Manchester. I accepted the invitation and as I passed through the lobby of the hotel noticed that a group of people in white Muslim uniforms, men and women, were assembled there as fellow guests.

The programme had ten or twelve invitees, including one of the people whom I had spotted in the lobby, the pop singer Cat Stevens who now called himself Yusuf Islam. He sat next to a fellow who had led the book-burnings in Bradford, and Burnley, whom I recognised, from TV programmes of these events, as a stooge of the Iranian regime.

The format of the programme required Robertson to ask hypothetical questions and when he turned to me, he asked if I would consider commissioning a film of The Satanic Verses. I said the book had three strands and it would depend on a screenwriter turning one of them into a convincing, attractive screenplay. Immediately, Cat Stevens and the Iranian bag-man pointed at me and began to shout “kill him”, or words to that effect.

Did I panic? No! Barking dogs is what I thought. The producer asked me if I wanted to change hotels. I said no, but I did barricade my hotel room door with the room’s desk before I slept.