The hectic legislative schedule of the BJP on establishing a proto Hindu rashtra with lawful approval masks a curious and intriguing deletion. 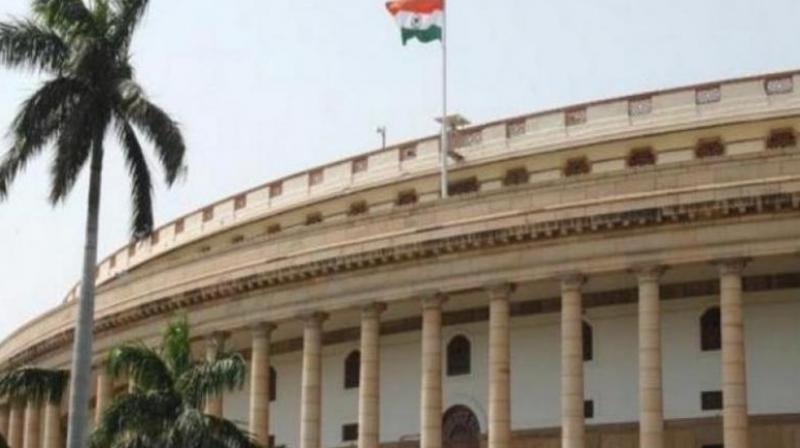 Top of the list of legislation in the Winter Session will be further changes to the essential structure of the Indian State.

The best homily about the role of Parliament in an electoral democracy, and that too a legislature that is almost wholly modelled on the practices and codes of Westminster, is that it belongs to the Opposition. That was all too evident in the House of Commons legislation that stopped Boris Johnson from bulldozing his way over a “no-deal” Brexit.

The Opposition in the United States Congress has been equally successful in holding President Donald Trump to account and initiating impeachment proceedings. The idea of the Opposition is so strongly embedded in these systems that voting with the Opposition is not a cardinal sin. In contrast, parties in India tend to be inflexible. Positions once adopted remain largely unchanged. What does tend to happen is that compromises are worked out on the basis of a consensus that is achieved that does not compromise the original stand.

The BJP, however, has little time for such niceties. It railroaded the Opposition in the Monsoon Session with its 303-seat majority. It did not send even one piece of legislation to committee to allow the Opposition to have time to work its way to agreeing on the proposed laws. The fact that over three months after its unseemly hurry in legislating the end of Articles 370 and 35A, thereby dismembering Jammu and Kashmir, and making Ladakh a separate Union territory, normality is nowhere restored speaks for why acting in haste makes for repentance. Not that the BJP is willing to admit it is clueless about how Jammu and Kashmir will return to normal, the occupation will end and an elected government will take responsibility for running the new Union territory.

Given this backstory, the Winter Session of Parliament starting Monday will be a session where the BJP, minus the Shiv Sena’s 18 MPs who will sit in the Opposition, is set to make more changes to the principles and structure of the Indian State. From the Monsoon Session, it is evident that the BJP is on a mission to legislate as much of its election manifesto “Sankalp Patra” vows that are vehemently opposed by the significantly weakened Opposition.

The course for the BJP in its second term has been set; it is oath-bound to fulfil its agenda as announced in the manifesto. That was obvious when all it took for the transformation of India’s map by changing J&K’s status and its breakup was railroaded through Parliament and declared the law, in less than eight hours.

Top of the list of legislation in the Winter Session will be further changes to the essential structure of the Indian State. The Citizenship Amendment Bill for the “protection of people of religious minorities” is in reality a law to exclude the Muslim minority from protection. The bill as listed in the BJP’s manifesto is only for Buddhists, Sikhs, Jains and of course Hindus. It is glaringly obvious that the BJP has no commitment to protecting minorities; it has an agenda of stripping Muslims, as the largest minority, of all and every protection under the Constitution. As an interpretation of the BJP’s intentions, this may appear to be a harsh judgment; but the impact of the Citizenship Bill will be just that.

There is reason to be suspicious of the BJP’s intentions. Its manifesto is specific. By prefacing the rollout of National Register of Citizens for border states with the Citizenship Amendment Bill, the BJP is expecting to bamboozle illegals who have sneaked into India by promising effortless inclusion. Just as it hopes that the opposition to such legislation from states like Meghalaya, which fears an influx diluting its cultural and ethnic identity, can be soothed away.

By framing the influx of illegals as triggering an “adverse impact on local people’s livelihood and employment”, the BJP is standing on its head the incontrovertible evidence that proves that migrants are cheap labour and needed because the local population either chooses not to perform those tasks or it is too expensive. Internal migration research confirms that labour from Bihar is essential for the survival of Mumbai, despite the Shiv Sena’s rhetoric. Internal migration research confirms that as much as the Tea Tribes, the Muslims were brought and settled in Assam because industry and agriculture needed them. Even if the BJP and its entranced vote base chooses to ignore the evidence, labour contractors and those they service know the facts very well.

The hectic legislative schedule of the BJP on transforming the essential structure and establishing a proto Hindu rashtra with lawful approval, albeit of a brute majority of 303 seats, masks a curious and intriguing deletion. Development has been removed from the to-do list. The deletion is not surprising. The manifesto or Sankalp Patra focuses on vague and wispy offers — vows to double farmer incomes, enable access to more credit (and therefore more debt, as though the farmer was not already in despair and choosing suicide), development of agriculture’s allied sectors, linking agriculture and technology, increasing irrigation.

Rising inflation and the common woman’s hardships in feeding young families, rising unemployment, contraction of the economy, the shame and misery of malnourished and stunted children, declining numbers of women’s participation in the labour force have no place the idyllic rajya that the BJP has promised its voters. These realities are too immediate and politically awkward for the party in power, for over five years now, to handle as part of its claims of successfully running the country.

The economy and the consequences of its distressing state, quantified by ratings by agencies like Moody’s that keep falling, overall growth that all estimates show to be shrinking to the point when it is mortifyingly close to what was once scornfully described as the “Hindu rate of growth” notwithstanding, the Narendra Modi government and the BJP steered clear of addressing the most urgent problems in India today.

Before, during and after the elections, the BJP and its army of associates and spokespersons were promising that India would soon become one of the Big Five in terms of the size of the economy. That this particular claim, repeated ad nauseam, has been abandoned for now, is a pointer to the BJP’s awareness that it is doing badly. Poverty, economic deprivation and exclusion, unemployment are uncomfortable truths. The Winter Session will test how the Opposition addresses these and what the BJP does to evade responsibility.

The writer is a senior journalist in Kolkata