Patralekha Chatterjee | Politics of nostalgia hides the problems of the day 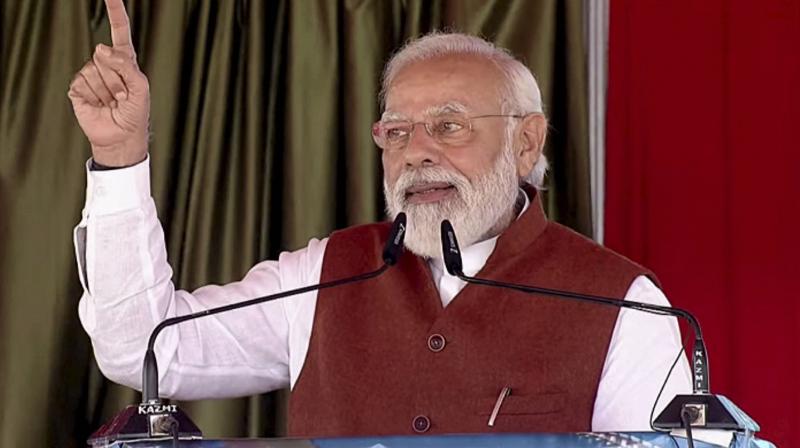 Imagine that your car has a flat tyre. Would you get it fixed or would you hold forth on the glory days of the automobile industry, of horsepower and passion? Would rejuvenation of pride in the old car help? When does an obsession with the past start affecting the present?

Most ordinary Indians have no choice but to be anchored in the present. That means dealing with inflation, economic uncertainty, livelihood issues, pandemic woes, Omicron, children’s schooling, polluted air and a whole lot more.

India’s wholesale price inflation shot up to 14.23 per cent in November, the highest in more than a decade. For households, what is really hurting is the spike in food and fuel prices. All through November, the price of tomatoes and onions soared. Ditto with edible oil and pulses. In December, the price of vegetables has come down a bit and there has been a slight cut in excise duties on petrol and diesel by the Centre and state governments. However, many experts say double-digit inflation could remain for the next few months.

But guess who is in the news in these turbulent and uncertain times?
Move over Jawaharlal Nehru, Aurangzeb is here. India’s first Prime Minister, who died in 1964 and was the pet peeve of the BJP, is no longer being blamed for every conceivable problem in the country. Mughal emperor Aurangzeb who was born in Dahod, Gujarat, and died on March 3, 1707 in Bhingar, in today’s Ahmednagar district of Maharashtra, is the headline-grabber du jour, and an integral part of the political discourse in the country.

The most recent reference was in Prime Minister Narendra Modi’s speech after inaugurating Phase I of the Kashi Vishwanath Corridor in Varanasi. “History is witness to Aurangzeb’s atrocities. He tried to change civilisation by the sword. But the soil of this country is magical. If an Aurangzeb comes, a Shivaji also emerges.”

“There is only one government in Kashi and that is the one ruled by Damaruwala (Lord Shiva),” Mr Modi added.

Of course, this is not the first time that Aurangzeb is making headlines in present-day India. Aurangzeb and the BJP have been clashing long after the Mughal emperor died. New Delhi’s Aurangzeb Road was renamed Dr A.P.J. Abdul Kalam Road by the New Delhi Municipal Council on the request of a BJP MP on August 29, 2015. In March this year, BJP MLA Vasudev Devnani from Rajasthan had objected to what he labelled as the “glorification” of Aurangzeb in the Class 12 NCERT textbook, claiming that the contents were beyond historical facts. He demanded their removal.

Central to the BJP’s ideology is the juxtaposition of a glorious Hindu golden age followed by an era of Muslim oppression.

With Assembly elections in Uttar Pradesh and several other states around the corner, talk about invaders, glories of ancient India — key ingredients in the politics of nostalgia and score-settling — is back in full throttle.

Of course, the BJP puts it differently. “New India is proud of its culture and also has confidence in its ability. There is virasat (heritage) blended with vikas (development),” says the Prime Minister.

But here’s the catch. The politics of nostalgia, which typically means galvanising the masses around the yearning for the glories of a romanticised past and projecting the same to the future, tiptoes around the inconvenient truths of the present.

The government’s narrative of vikas is a partially-told tale. The roads and flyovers, the mass toilet construction, the houses for the poor, the LPG cylinders distributed, the water pipes now being taken to rural homes — these flagship programmes are laudable but don’t tell the full story. As the latest National Family Health Survey shows, despite various government programmes on malnutrition, India is missing many of its nutrition goals.

And the fact that India looks bad in the Global Hunger Index is not the point. India’s own official data also shows a sorry state of anaemia and child under-nutrition.

The latest official figures point to more women in the country having operational bank accounts. But alongside, there is also the worrying fact of an abysmal female work participation rate and the percentage of women who worked in the last 12 months and were paid in cash stagnating.

Clearly, these are not the best of times for anyone except the super-rich in one of the world’s most unequal countries. The top one per cent of India’s population earned more than one-fifth (21.7 per cent) of the country’s total national income in 2021, according to the recently-released World Inequality Report. The bottom 50 per cent made barely 13 per cent of the money.

That nostalgia has a powerful political appeal is incontestable. As Hans Georg-Betz, a leading expert on populism and the radical right in affluent liberal democracies, argued in a May 2021 essay: “The evocation of a glorious past is a great way to make people feel good about themselves at a time when there is little to be cheerful about.”

Donald Trump is a prominent case in point. His campaign slogan “Make America Great Again” implied that there was a time when the United States was great, that today it no longer is, but that tomorrow it will be great again — as long as the people follow. Donald Trump is gone, yet his spectre continues to haunt American politics, Georg-Betz notes.

In Europe too, we are seeing similar trends. France goes to the polls in 2022, and Éric Zemmour, a far-right polemicist and candidate in next year’s French presidential election, is calling for reborn glory for France. Zemmour, who openly admires Trump, is “known for his exclusionary, racist views,” and “declared his candidacy through a YouTube video in which he vowed to ‘save’ France which is ‘in the process of disappearing’,” as commentator Radha Kapoor Sharma noted in a recent article in a national newspaper.

Nostalgia could be ignored if it was simply a mild craving for the “good old days”, going back to decades or centuries as in India’s case. But its political character is being leveraged by cherry-picking history and deflecting public attention from current, unpleasant circumstances. There are serious issues the government should acknowledge, and focus on right now — full vaccination, Omicron, inflation, pollution, nutrition, the sustained otherisation of minorities, urban joblessness, to name just a few. Instead, pronouncements from the Prime Minister and others indicate India’s ruling party is more interested in using nostalgia as a political tool.