The nation most likely to rupture Brics is Brazil, under its recently-elected populist President Jair Bolsonaro. 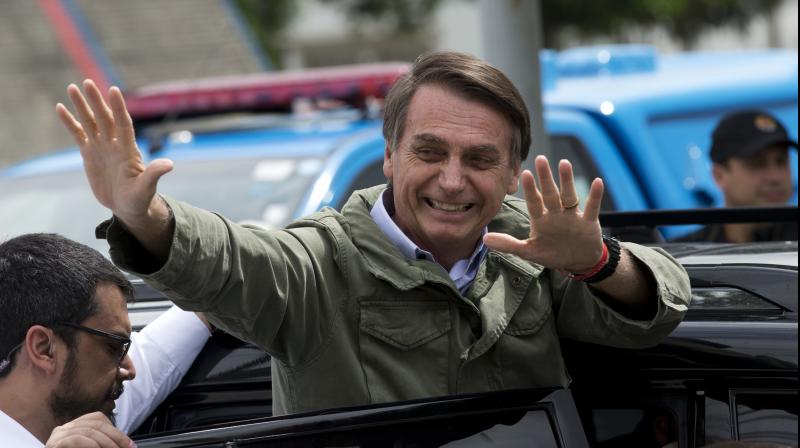 The rise of populist, right-wing leaders across the world, such as US President Donald Trump, raises questions about the groupings that India has assiduously helped to build in the past decade. Brics - one such grouping of five major emerging powers from different continents - was to bridge the divide as the world underwent an economic and political power shift from the Atlantic to the Asia-Pacific (or what is today called the Indo-Pacific). Although annual summits of the founding members - Brazil, China, India and Russia - began in 2009, South Africa was added to co-opt an African member in 2010, despite neither its population nor its GDP rivalling that of the other four.

Political churn in each nation is likely to impact Brics’ future. South Africa under its former President Jacob Zuma had faced an economic meltdown rendering South Africa’s membership lame duck till his replacement by Cyril Ramphosa in February 2018. The cleaning up of the financial mess is still underway, with the alleged “state capture” by outside agents like the Gupta brothers, who are of Indian origin. Reform of the National Prosecuting Service (NPA) and the South African Revenue Service (SARS) is also incomplete. Meanwhile, South Africa faces a general election in May this year, coincidently like India. To unify the ruling African National Congress (ANC), President Ramaphosa is compelled, paradoxically, to woo his predecessor while exorcising his ghost from governance. The African President will be the chief guest at this year’s Republic Day celebrations in New Delhi, when Mahatma Gandhi will be remembered with much warmth and fondness.The guest, on the other hand, will be focused on investment and trade to help revive the South African economy. So far China, the Saudi-UAE combine and Germany have shown interest in the tangled South African economy.

The nation most likely to rupture Brics is Brazil, under its recently-elected populist President Jair Bolsonaro. Brazilian foreign policy, whether under authoritarian rule till 1985 or as a democracy since then, has been conditioned by the legacy of the Baron of Rio Branco, foreign minister in 1902-1912. He settled the Brazilian borders with all 10 neighbours, combining respect for international law, peaceful deal-making and soft power. The appointment of a relatively junior serving diplomat Ernesto Araujo as foreign minister, who proclaims “God is back and the nation is back”, and thus swears by religion as the touchstone of diplomacy, has shocked several of its neighbours as well as the Brazilian elite. He is additionally a China sceptic and during the campaign had visited Taiwan, which would not have gone unnoticed in Beijing. He debunks “globalism” in a nation that has been at the forefront of various multilateral issues, including climate change. President Bolsonaro himself announced that Brazil will withdraw from the Paris climate change agreement. Not surprisingly, he is also candidly enamoured of US President Donald Trump and other populist-nationalists in Italy, Hungary and Poland.

It is possible that this new evangelism may be moderated by the pragmatic economy minister Paulo Guedes, but President Bolsonaro is unlikely to abandon his core beliefs, which could well disrupt Brics, particularly as Brazil is due to host the next summit. Brics had been nurtured by Brazilian governments led by the charismatic Luis Inacio Lula da Silva and his successor Dilma Rousseff of the Workers’ Party in 2003-16. Although Indian Prime Minister Narendra Modi is a populist-nationalist himself, he has kept his politics for domestic vote consolidation while adopting a more liberal stance abroad. How he deals with a kindred soul in Brasilia will be a post-election challenge, if he retains power after the mid-2019 election. A non-BJP Indian Prime Minister may find Brazil a less palatable partner.

Russia and China are the other two legs of Brics. It was the Chinese need to successfully hold the Xiamen Brics summit in September 2017 that had facilitated a resolution of the Sino-Indian standoff at Doklam that year. But there has been a growing Sino-Russian convergence alongside the escalation of the Sino-US trade standoff, which they are trying during a three-month time-out to resolve by discussions. But Chinese President Xi Jinping on January 2, in a speech marking 40 years of the 1979 message that moderated the Chinese approach to Taiwan from “liberation” to “peaceful unification”, conveyed his impatience with the delay in annexing Taiwan and held out the possibility of the use of force to achieve it. If anything, this has hardened Taiwanese domestic opinion against unification, with one poll indicating only three per cent of the islanders in its favour. A close reading of the report delivered by Chinese President Xi Jinping at the 19th Party Congress on October 18, 2017 reveals the Chinese strategy to get to the envisioned China 2025. The “national rejuvenati-on” touted is about moving China closer to the global centrestage to transform global governance as per the Chinese vision of their centrality. Prof. Xiang Lanxin has thus called the Belt and Road Initiative as a “post-Westphalian” integration of a 21st century Eurasia. This is a resurrection of Tianxia or Mandate of Heaven that the Chinese have used historically to rearran-ge other nations in a “dynamic equilibrium”, ensuring Chine-se supremacy. This bodes ill for the unity of Brics.

Russia under President Vladimir Putin has reinvented its role as the arbiter of peace in West Asia, Afghanistan and the Pacific, by drawing Japan into negotiations over the Kuril islands’ return. President Putin is now using China as an economic and strategic partner and main foil to the United States, ceding it supremacy in the Chinese maritime periphery in exchange for China accepting a similar lead role for Russia on the Eurasian continent. This deal may not hold beyond the Sino-US standoff but is the basis of a new order. The fate of Brics thus hangs in the balance with President Bolsonaro likely to pull in a different direction. India will be the outlier balancing the pulls and tugs of old players with new moves. Meanwhile, both the Indian and South African people are to decide in May their next governments. The old saying appears apposite - the Brics are now loose bricks!