Shobhaa De | V is for valour, victory… But V is also for vaccine!

Questions about decisions that will affect the heath and well-being of our planet will be decided by politicians! 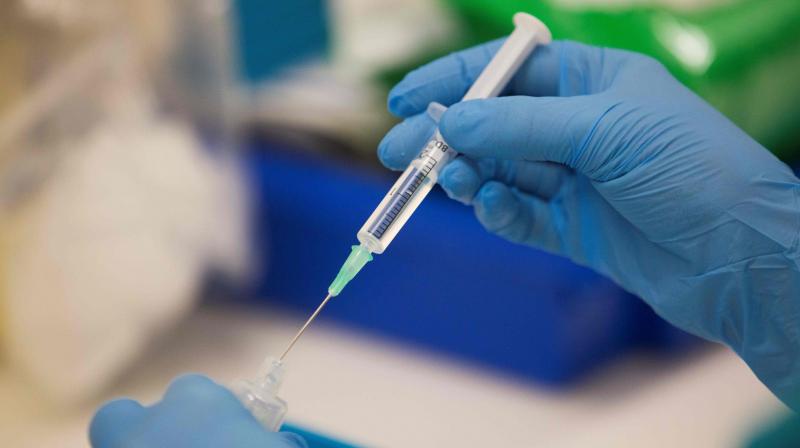 In this file photo taken on December 8, 2020 a member of staff draws the Pfizer-BioNTech COVID-19 vaccine out of a phial at the Southmead Hospital, Briston. (Graeme Robertson / various sources / AFP)

There is a joke doing the rounds on the social media which goes something like this: “Meanwhile, in Ulhasnagar, everybody is waiting impatiently for the original Covid vaccine to be launched… They say that their duplicate has been ready for two months!” That joke says it all, and is such an accurate reflection of collective angst as one hears the “latest” vaccine-waley breakthroughs, with sombre experts weighing in with their considered opinion on the V-word. In Mumbai, it is as if Covid never happened, or at any rate, even if it did, the virus has miraculously vanished, and the party can begin. In drawing room discussions, the conversation flits from, “Are you going to take it?” to “I hear SRK went to Pune and has already taken it”. I am asked if I plan to take it, and I hesitate before replying… truth be told, I am still sitting on the fence. When I saw pictures of 90-year-olds getting jabbed, I turned cynical because I found it hard to understand why they would risk it at this stage of their lives.

The Covid updates in the national dailies remain unread by me, and I switch off when prime time panel discussions breathlessly focus on “Who will win the vaccine race?” The point is, whichever pharmaceutical company wins that Covid Cup, it still won’t solve our problems here in India. But sure… shareholders who have invested in any of the big pharma players will be in a joyous mood over Christmas and New Year.

The off-site narratives of the vaccine story are most engaging. Kids and senior citizens, frontline workers and others in privileged categories, are busy boasting about being one up on the rest. Getting a shot will soon become a social test -- if you aren’t amongst the first to extend an arm for the jab -- hey -- poor you! The usual “janata class” jamboree will kick in, with folks who will try to jump the queue, bribe their way to “qualify”, forge certificates and documents, call up influential “contacts”, fake illness, do whatever it takes to stake a claim and brag about it. “I have taken the shot – and you haven’t? Arrey! You should have called me, na? I know somebody who would have arranged it for you -- that too, at home. Why go and stand in a line like all the others?” Funny… our “line complex”! We hate being seen standing in an orderly line anywhere. If you have to line up, it means you are a nobody -- that’s the thinking. I remember one of our most dazzling billionaire wives cribbing that she hated flying “commercial” because it involved lining up with the hoi polloi! She used to frequently berate her husband publicly for not getting her a private jet. “It is so humiliating to be seen at an airport standing with the public!” she would moan and groan. It didn’t matter that personalities in the league of Ratan Tata and Azim Premji not only fly commercial, but carry their own bags on board, with Azim preferring to fly economy class whenever possible -- but that is his special brand of eccentricity. I suspect we will see a similar scramble for the vaccine, with India’s swish set flying off to get their shots in London rather than wait it out for their turn back home. “Apna Time Aayega” holds no appeal for most self-styled VIPs, who consider it infra dig to be told they need to line up like everybody else.

My own state of denial has made me push Covid and the vaccine into the background. I am not convinced it is THE answer, no matter what the docs say. Neither have I understood the booster shot logic or the reactions to the vaccine -- the headaches, body aches and other symptoms. It’s being described as “The Post-Vax effect” and it isn’t sounding good -- pain swelling, fever. “The vaccine works! Crow those whose faith is undiminished, even if the statistics aren’t in place right now to make such declarations about this particular vaccine. But when it is pointed out that America has crossed the 15 million coronavirus cases, and people are still dropping like flies there, the writing on the wall is ominous indeed. What can be said to reassure citizens? Canada has already picked its vaccine of choice (Pfizer-BioNTech), the same one approved by Bahrain and the United Kingdom. Approvals are being rushed by several other countries, after stating just how rigorously the testing process is being imposed. I dunno! Call me a sceptic -- this unholy rush to “market” the vaccine seems more driven by commerce than humanitarian compulsions. To think such a swathe of people across the globe will be at the mercy of agencies and governments! If your government decides – “This is the one” -- then, that is the one! We will never know why this one was picked over that one. Who lobbied for it --who had the most to gain… Today, this one magic-vaccine is going to determine the future of the world -- and it will instantly become the single most potent factor when it comes to votes and elections. Its availability and efficacy will determine the fate of governments and political parties across the world. Citizens may never know why a certain pharma company was picked over rivals. Questions about decisions that will affect the heath and well-being of our planet will be decided by politicians! The almost unlimited power of the virus over our lives has been established. Now comes the challenge of how we can tame the microbe, save ourselves and keep the faith. What if we discover a few years down the line that our governments have shortchanged us by withholding vital information. Or that our leaders sold our safety in order to stay in power. That the wrong pharma horse was backed? That a corrupt system bought a vaccine it knew full well would not work as promised and made guinea pigs out of us? We have given the mandate a bit too easily. Was there ever a choice?