The rebuilding of Delhi: An imperial syndrome?

Many of them want to be remembered by future generations through their legacies -- physical artefacts, splendid buildings and gardens. 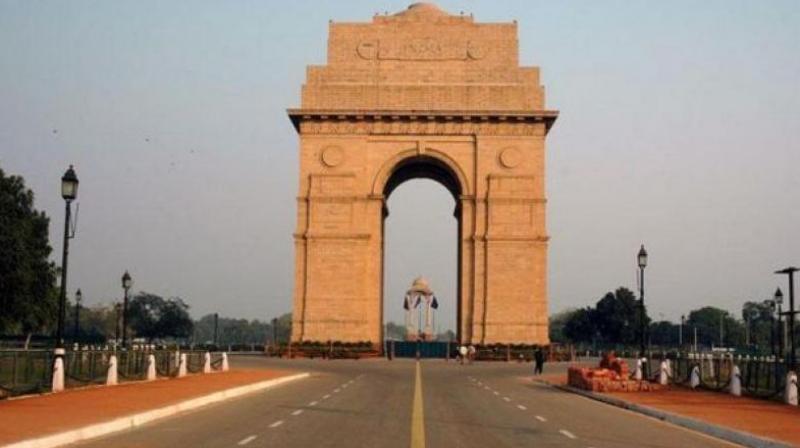 It has also been said that the Central Vista running from Rashtrapati Bhavan to India Gate was a reflection of a “colonial ethos”, a legacy that needed to be reversed.

Animals mark their territory with scents — spraying urine, scattering faecal pellets, rubbing secreting glands. Humans also mark territory by building boundary walls, naming roads, or even by just leaving a bag or handkerchief on a seat in an auditorium or a café. Nations mark their space through carefully demarcating and guarding boundaries —like the Qin dynasty’s Great Wall of China and more recently the Donald Trump inspired wall on the US-Mexican border.

However psychologists say that though animals struggle to keep their DNA alive, they do so instinctively. They do not have enough neurons to really think about the future. They cannot conceive of the world continuing to exist after they are gone. Human beings, on the other hand, are acutely conscious of their mortality. Many of them want to be remembered by future generations through their legacies -- physical artefacts, splendid buildings and gardens.

The plan to rebuild or redevelop the Central Vista in New Delhi as well as Parliament House is best understood in this context as an attempt to leave one man’s physical stamp on the world on a grand scale. One of his ministers has claimed in an interview that the idea of rebuilding Delhi is Prime Minister Narendra Modi’s dream project. Perhaps he wants to place himself in a long imperial tradition of capital building Prithviraj Chauhan and Qila Rai Pithora, Qutubuddin Aibak and Mehrauli, Allahuddin Khilji  and Siri Fort, Mohammad bin Tuglaq and Tuglaqabad, Firoze Tuglaq and Firozabad, Sher Shah Suri’s Shergarh or Purana Qila and Shah Jahan’s Shahjehanabad.

The various rationalisations given by the government to redevelop or rebuild the Heritage Zone of Lutyens’ Delhi are unconvincing. Among the justifications given are congestion, lack of parking facilities, buildings having outlived their purpose, lack of earthquake proofing and developing the area as a “world class tourist destination”. It has also been said that the Central Vista running from Rashtrapati Bhavan to India Gate was a reflection of a “colonial ethos”, a legacy that needed to be reversed.

The colonial ethos argument holds little water. The architects of the buildings and roads on the Central Vista, Lutyens and Baker, consciously modelled the British Indian capital drawing on Indian prototypes of imperial grandeur. They drew on the domes and railings of Sanchi, the chattris and roofs of Rajput palaces and Mughal sandstone monuments. If they are a sign of India’s subjugation, then so are many Western cities which are monuments to colonialism or built with capital extracted from the colonies. New York, for example, was superimposed on an earlier indigenous settlement, and Cape Town was founded to support the slave trade. They have not been destroyed or rebuilt for that reason.

Prime Minister Narendra Modi, it seems, wants to ensure that he is remembered through systematic renaming and “re-monumentalisation” of the national capital. He is not only rethinking the relationship of India (especially the capital, New Delhi) with its past but also of shaping its future. Reshaping public spaces to reflect the ideology of his government, and the Prime Minister’s vision of himself and of India. Therefore, not only colonial but also Mughal names will have to give way to “nationalist” nomenclature, and new monuments celebrating Modi’s India will have to be erected.

It is not sufficient to rename Mughal Sarai railway station as Deendayal Upadhyaya Junction or Aurangzeb Road after the Bhagwad Gita-reciting and veena-playing former President of India A.P.J. Abdul Kalam, an indigenous and “acceptable” nationalist Muslim. He will also have to erect definitive landmarks that will recall for future generations the important historical events and achievements of the Modi period. New historical memories will evolve around new monuments and landmarks. He will need to therefore redevelop old symbols into new landmarks that will be personally associated with him. Hence the appropriation of Mahatma Gandhi’s legacy by developing the Sabarmati riverfront and the legacy of Sardar Vallabhbhai Patel by memorialising him into the tallest statue in the world.

It is for this reason too that in the national capital New Delhi, the National War Memorial must be built opposite the colonial monument at India Gate commemorating the Indian soldiers who died for the British empire in the First World War. Surely, the “dream project” of rebuilding or redeveloping Lutyens’ Delhi follows from the same logic. Through it his rule will be fixed in the historical memory of future generations.

However, what is the guarantee that Prime Minister Narendra Modi’s historical legacy will be fixed through the landmarks he has created? People will not forget Mahatma Gandhi if the Sabarmati Ashram and the area around the Sabaramati river was rebranded or Birla House was obliterated. Mahatma Gandhi’s lasting legacy is not a physical monument. It was the principle of non-violence and his stewardship of a multi-ethnic and multi-religious movement against colonial rule. Nor will they forget Jawaharlal Nehru because the museum in his memory at Teen Murti House will now be made into a museum for all Indian Prime Ministers. Though he built large hydro-electric dams, public sector companies that produced steel and developed space technology, public universities and world-class research institutions, for India’s first Prime Minister they were not “signs” to mark that he had once lived. Sardar Vallabhbhai Patel’s legacy was a territorially unified India, not a larger-than-life statue.

These leaders will be remembered for how they lived their life and their public actions which made the subjects of the Raj citizens of a free nation. Their legacy was the way they lived for the public good.

What will be the historical burden of Prime Minister Modi’s life? Inaction and inefficiency during the communal riots of 2002 in Gujarat; the divisive nature of his administration, the mob lynching of minorities, the intolerance of dissent, the shrinking of India’s heart to declare millions of poor immigrants and nationals with inadequate documentation as non-citizens, and incarcerating more than 80 million people of the Kashmir Valley for months. These may well outweigh in historical memory the rebuilding of Delhi.