In new Mideast vision, India could play a role

Amid the pessimism and hopelessness that has shrouded West Asia over the past few years, Mr Zayani’s voice is an important “beacon of hope”. 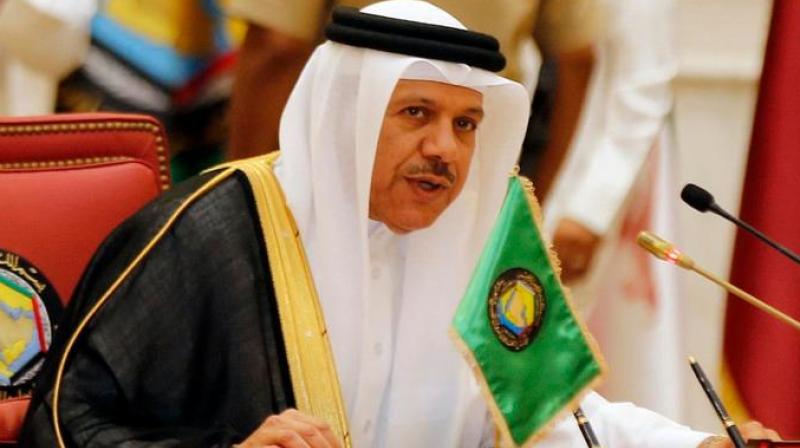 On July 31, as a few hundred scholars of Gulf affairs from across the world gathered at Cambridge University for their ninth Gulf Research Meeting organised by the Jeddah-based Gulf Research Centre, they could not but be aware of how turbulent and conflictual the region had become.

The two major regional powers — Saudi Arabia and Iran — have lost all mutual trust, and now indulge in acrimony and sabre-rattling, while being involved in disastrous proxy conflicts in Syria and Yemen that have taken several thousand lives and destroyed all civic amenities and national institutions.

Again, the countries of the Gulf Cooperation Council (GCC) are experiencing serious internecine differences, particularly the relentless year-long “siege” of Qatar that is threatening the very existence of the institution. Taking advantage of this mayhem, extremist elements are continuing their murderous spree across the region and far beyond.

The scenario has been further complicated by the disruptive policies and pronouncements of US President Donald Trump. Impelled by visceral animosity for Iran and full support for the agenda of Israel’s right-wing zealots, Mr Trump has withdrawn from the nuclear agreement with Iran. He has then gone ahead to shape battlelines that have ranged the United States, Israel and Saudi Arabia on one side against Iran, Syria and Iraq on the other, in a region-wide conflagration. He has also publicly affirmed his commitment to sponsoring regime change in Tehran, while pursuing a settlement in Palestine that would permanently extinguish all Palestinian aspirations.

As year by year the region has steadily descended into the abyss of recrimination and chaos, no power has stepped forward to promote confidence, engagement and dialogue among the nations in confrontation.

This situation has dramatically changed — in his inaugural address at the Gulf Research Meeting at Cambridge, the GCC secretary-general, Abdullatif bin Rashid al Zayani, set out his “path to regional peace and development” with what he called a “vision of interdependence”. This is the first presentation by a senior regional leader that firmly rejects regional divisions based on faith or ideology and encouraged by uncompromising local vested interests, and instead projects an alternative “dream” of peace and mutual accommodation.

As his panacea for regional ills, Mr Zayani has insisted on the need for a far-sighted vision and political will that would make all regional nations “interdependent” — based on their shared interests in stability, security and prosperity.

Interdependence would be achieved within the framework of a West Asian “Marshall Plan”, structured on the lines of the Marshall Plan that brought reconstruction and development to war-devastated Europe after the Second World War, and encouraged economic interdependence among European nations that had warred with each other for several centuries, and over a few decades promoted political cohesiveness and peace across the continent.

The West Asian “Marshall Plan” will bind the nations of West Asia in a resolute partnership for reconstruction, development, human resource upliftment and technological achievement. The initiative would yield such extraordinary benefits to participants that it would be near-impossible for nations to reject participation. The advantages of constructive partnership will be set against the billions of dollars being expended on ongoing conflicts that have wrought death and destruction, with no benefit to any party.

Mr Zayani realistically recognised that that moving “adversaries and doubters” to join the core group of willing participants would be a mammoth challenge. He proposed the shaping of the initiative on using “TRUST” as an acronym to mean: Truth, Respect, Uniformity of approach, Security, and Transparency on all sides.

Amid the pessimism and hopelessness that has shrouded West Asia over the past few years, Mr Zayani’s voice is an important “beacon of hope”. While being idealistic, even utopian, it is certainly not unrealistic — the European precedent ended visceral and destructive millennia-old conflicts across the continent.

What then are the next steps to realise this vision? Just as the European Marshall Plan was American-led, West Asia needs to give concrete shape to the vision by commencing the arduous diplomatic process of promoting engagement and dialogue, so that the contending nations can bilaterally address the issues that promote mistrust.

India is well-placed to shape and lead this initiative. It has relations with the region that go back several millennia, so that there is a high level of mutual comfort in its ties with the regional nations. These ties have remained uninterrupted over the centuries and have gone beyond commercial exchanges to embrace intellectual, philosophical, religious exchanges that have shaped shared civilisational values and ethos.

In contemporary times, India’s relations with the region include energy, trade and investment, logistical connectivity projects of great strategic value, and the presence in the region of its eight million-strong community, whose contributions to regional development are cherished and applauded in every country in the region.

Under Prime Minister Narendra Modi, all the principal nations of the region have enthusiastically responded to India’s overtures for political and economic cooperation, putting in place “strategic partnerships” that embrace regional peace and security. Thus, India can confidently step into the regional diplomatic vacuum and promote engagement between the estranged neighbours.

The challenges before India are serious since regional divides are deeply entrenched. Again, given the American hegemony over the region for several decades, no other role players have been able to enter the West Asian political theatre, even as the US itself has subjected the region to wanton violence and destruction.

Above all, for much of its life as a free nation, India has largely confined its diplomatic priorities to its immediate neighbourhood and has not undertaken a major diplomatic peace initiative outside South Asia. But, as West Asia faces breakdown, India’s crucial national interests are in jeopardy — it just doesn’t now have the luxury of sitting on the fence and watching the region go up in flames.

Mr Zayani’s remarks have heralded the possibility of peace in West Asia, proffering trust in place of suspicion, cooperation in place of hostility, and hope in place of despair. This is a clarion call to India’s academics, diplomats and policymakers to join this vision and turn it into reality.