'If the bloody virus is manmade, it makes sense to develop a vaccine for it, too' 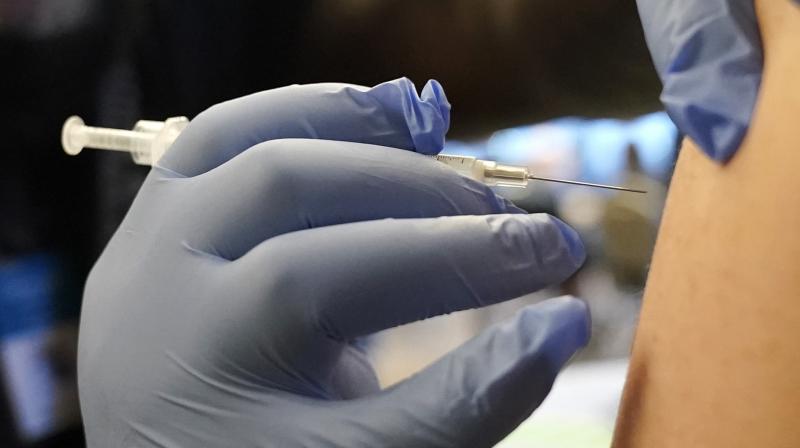 I’d heard much about the booster dose, both good and bad, and I looked it up on the Internet. (Representational Image/ AP)

Last month came news of tomato flu in Kerala and monkeypox flu and newer variants of Covid in other parts of the world. Then came a text message on my phone saying that it was time for me to take my booster dose for Covid, that I should report to the nearest vaccine centre on such-and-such a date to take it. I’d heard much about the booster dose, both good and bad, and I looked it up on the Internet. That provided a flood of information so full of contradictions that it gave me a headache, and I thought maybe a little good scotch — purely medicinal, of course — would help me deal with it.

That evening, just as I was uncorking the bottle, the bell rang, and there on the doorstep stood my friend Murthy, with his uncanny knack of dropping in just in time to demolish my supplies of scotch. I asked him in, sat him down, and poured him a large slug while my wife busied herself in the kitchen with samosas.

When his hunger and thirst had been assuaged, I thought it was time to ask him whether he thought I should take the booster dose, what with the new pox and the flu and the new strains of Covid. “Not sure the booster’s any good?” he asked. “Most people find themselves confused.”

“Yes!” I said. “You get so much conflicting information on the Internet. There are people who say you shouldn’t take the booster, and others that say you should, and they offer all kinds of reasons that I don’t understand. Then there are reports that some vaccines are 70 per cent effective, others that the same vaccines are 10 per cent effective… I don’t know what to think! Maybe you…”

He smiled kindly at me as if I were a differently-mentally-abled five-year-old. “I don’t know how I can help,” he said.

“You could tell me whether you’ve had your booster,” I said.

“I won’t,” he said. “You should decide independently, not going by whether I’ve taken the shot. You shouldn’t be influenced by anyone else’s decision.”

“But I trust your judgment!” I said. That was true, in a way. I intended to do exactly the opposite of what he’d done, but there was no need to tell him that.

“Right!” he said. “That’s why I won’t tell you. When you’re going to invest in the stock market or bet on a cricket match you should go by what you know and not by what someone else has decided to do.”

“Of course it is!” he replied. “Every decision is a gamble.”

“Sure,” he said. “I read up on Covid variants, and something about the names struck me. They’re named with Greek letters, alpha and beta and gamma and delta and mu and omicron. A series, if you see what I mean. Then I started wondering about the basis of the differences between these series of variants.

What was the principal difference between, say, the omicron series and the delta series? So I looked it up.”

“Omicron spreads faster than delta but is less likely to do serious damage,” he replied.

He looked at me expectantly, and I obliged. “What else did you find?” I asked.
“So I looked at all the variants and found that classification could be based on lots of things. It could depend on severity, for instance, or the region where it spread. It could be based on what they call the spike protein, which enables it to get into a cell into your body, or how easily it spreads, or even the sets of common symptoms.”

“Then it struck me that all these variants might have been named like cars. Like you have BMW’s 3 series and 5 series and 7 series… But then that seemed strange because car manufacturers name their series based on the kinds of clients they attract. So BMW’s 5 series is more expensive than their 3 series, and attracts a buyer with different concerns. You see what I mean?”

“About car manufacturers, yes,” I said, “but what’s that got to do with the strains of Covid-19?”

“What started me thinking about it differently,” he replied, “was when they named one of the variants a ‘stealth’ variant. When do you talk of stealth?”

“Exactly!” He smiled. “So then I went back to how they named the variants, and then I realised it was exactly like car manufacturers.”

“Imagine how you buy a BMW. You go to the dealer and tell him what you want, and how much you intend to spend, and, based on all that, they suggest a model.

If you want to drive yourself, for instance, they’ll probably suggest a different model from the one they’d suggest if you intend to keep a chauffeur. Right?”
“Right,” I said, “but what does buying a BMW have to do with coronavirus variants?”

“Oh, everything!” he said. “Whoever developed it made it to sell. To countries, or very rich organisations. So you can choose the variant you buy from them depending on whom you want to damage and how much. That’s bio-warfare.”

That vision of breathtaking evil left me speechless. When I recovered, I asked, “But what does this have to do with the booster shot?”

“Everything!” he said. He finished his drink and got up to leave. “Take the booster! If the bloody virus is manmade, it makes sense to develop a vaccine for it, too, don’t you think?”