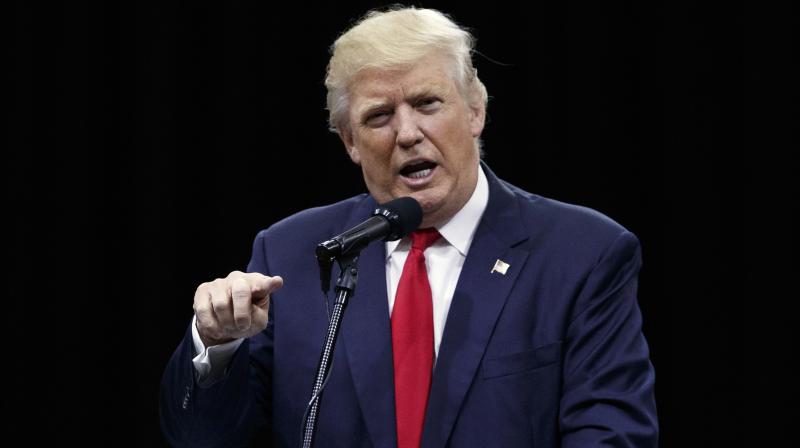 Earlier this week, America’s President Donald Trump finally withdrew the United States from the nuclear agreement that his predecessor Barack Obama, along with other world powers, had signed with Iran. Iran had then agreed to end its nuclear weapons programme in return for the lifting of economic sanctions on oil sales, trade and financial transactions that had crippled its economy and had made it a pariah in regional and world affairs.

Through the 2016 election campaign, Mr Trump had criticised the deal, but had indicated he would abide by it, ensuring Iran’s compliance through tough scrutiny. In office, his comments became increasingly harsh, finally reaching the sharpest level of vituperation during his withdrawal announcement when he described it as “one-sided”, “horrible”, “defective”, and above all “rotting” and “decayed”.

Mr Trump’s speech castigated Iran for the usual crimes he has held the country responsible earlier — leading state sponsor of terror, exporter of dangerous missiles and fomenter of conflicts. However, most of his criticisms of the agreement itself are without foundation, such as Iran being allowed to continue enriching uranium, collecting billions of dollars in cash, continuing to pursue nuclear weapons due to inadequate inspections mechanisms, and being on the verge of a nuclear breakout in a short period.

Mr Trump’s withdrawal from the nuclear agreement evoked widespread criticism. The leaders of Britain, France and Germany have expressed “regret and concern” at the President’s action and reiterated their “continuing commitment” to the deal. The European leaders have also urged the US to “avoid taking action which will obstruct its full implementation by all other parties”, signalling their disquiet over the reimposition of sanctions.

Former President Barack Obama called the step “misguided” and risking US credibility. Commentator Trita Parsi has described the withdrawal as “one of the greatest acts of self-sabotage”. Iran’s President Hassan Rouhani has described Mr Trump’s announcement as “psychological warfare” and said Iran remained committed to the deal, but was ready to resume uranium enrichment if its interests were no longer served by the agreement.

Mr Trump’s increasingly bellicose position on Iran and the agreement is the result of his close affiliation with Israeli Prime Minister Benjamin Netanyahu, backed by the right-wing sections of the pro-Israeli lobby in Washington and the hard-right pro-Israel donors to his campaign, all of them reflected in the set of hawks, Mike Pompeo and John Bolton, that he has placed around him. US commentators have also noted that Mr Trump seems to harbour an intense desire to overturn every aspect of the Obama legacy, impelled by his “petulant envy” of President Obama.

Mr Trump’s withdrawal appears to be based on the conviction that his tough posture, including threat of further sanctions and military action, had forced the North Korean leader to come to the negotiating table, and hence he can similarly achieve a “better deal” with Iran.

Observers believe that Mr Trump’s understanding is wrong: Kim Jong-un accepted negotiations after testing nuclear weapons and is confident that his regime and his country now face no threat of US military action. From this, hardline sections in Iran could draw the conclusion that nuclear weapons are the only currency of power that the US respects. It is also difficult to see how a “better deal” is possible when Iran now sees that the US is not to be trusted.

Mr Trump also seems motivated by the old American dream of seeking regime change in Tehran. He hopes that the new sanctions will add to popular anger which could lead to widespread demonstrations, causing the government to collapse. The other idea is that Iran might now be encouraged to revive its weapons programme, giving the US and Israel the excuse to mount pre-emptive military action that would bring the Islamic government down.

Both expectations are unrealistic. More stringent sanctions are likely to make the Iranians more united and nationalistic and rally around their government. Similarly, military attacks will not yield the results the US wants: Iran had endured eight years of war with Iraq in the 1980s, before it ended in stalemate.

Again, America’s own record in regard to military interventions in Afghanistan, Iraq and Libya should remind us that none of them delivered the results the US desired; in all instances, the principal beneficiaries were jihadi groups who now pose a far greater threat to US interests.

But it is this seeking of quick-fix military solutions that has made West Asia so dangerous. Mr Netanyahu is rejoicing in the US rejection of the Iran agreement, and, confident of US support, has become even more aggressive vis-à-vis the Iranian presence in Syria. Saudi Arabia has also welcomed the US decision, though it will be the first target if a regional conflagration breaks out.

The Israeli daily Haaretz has criticised Mr Netanyahu for dragging his country into “a risky, unnecessary war of choice” in West Asia. It noted that in Syria both Iran and Hezbollah were only interested in obtaining deterrent capabilities and neither had aggressive intentions. Given Israel’s air power and arsenal, neither in any case was a military threat.

The outlook for West Asia is grim. While every effort will be made by world powers to keep the deal going, it is quite likely that fear of US sanctions will discourage purchase of Iranian oil, trade and investment. The European Union, allied with Russia and China, will have to make a major effort to salvage the agreement by ensuring their companies do business with Iran.

India faces the same challenges. It has crucial energy and strategic ties with Iran that impinge on its wider regional interests. This will be a good occasion to convey clearly to the US administration that its unilateralism is no longer acceptable in the emerging world order, particularly since its actions are disruptive and do not respect international rules.

This latest US folly should encourage India, China, Russia and a more energised European Union to pool their resources to promote security in West Asia and realise the nascent new order. This will be Mr Trump’s best contribution to world affairs.