The Tibet Autonomous Region’s more than 40 ethnic minorities account for 95 per cent of its population. 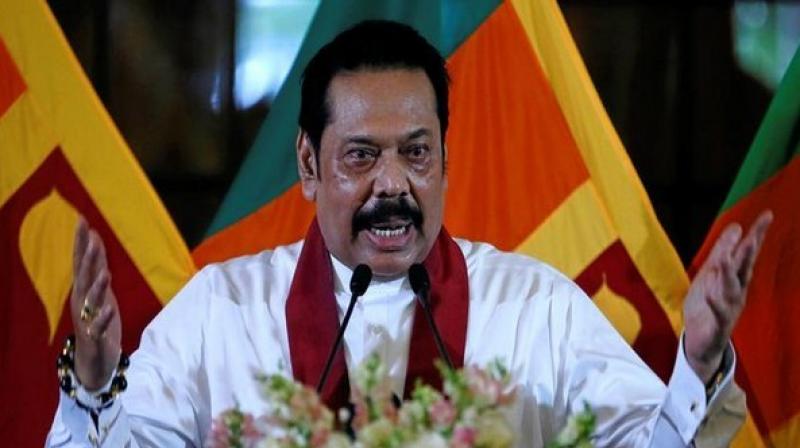 It’s not in India alone that a majority’s dangerous minority complex can make sections of the minority community feel under siege. The government of Sri Lanka, whose born-again Prime Minister, Mahinda Rajapaksa, is now visiting New Delhi, acts as if the majority’s Sinhalese language, culture and Buddhist religion are under constant threat from the minority Tamils and Muslims. It was even more comic (and also tragic) when the People’s Congress of Tibet obediently passed a law last month reflecting the nervousness of more than 1.2 billion Han Chinese about the aspirations of 3.2 million Tibetans and nine million Uighurs.

The Tibet Autonomous Region’s more than 40 ethnic minorities account for 95 per cent of its population. The new Ethnic Unity Act, which will become effective from May 1, resembles a similar law introduced four years ago in the autonomous territory of Xinjiang, which China has controlled since 1949 and where 90 per cent of the people are Han. Like Tibet, Xinjiang also houses multiple ethnicities. At least a million Uighur and other Muslims, along with some ethnic Kazakhs and Uzbeks, have been detained in “re-education camps” in recent times. The action against Muslims who are ethnically and culturally closer to Central Asians than to the Han Chinese intensified after riots in the regional capital Urumqi killed more than 200 people in 2009. Denying the crackdown, Beijing describes the facilities where detainees are held as vocational training centres. Both ethnic unity laws reiterate that these outlying regions peopled by non-Han races have always been inalienable parts of China, and that it is the common responsibility of all ethnic groups to “strengthen ethnic unity”, safeguard national reunification and oppose separatism.

This is not the first time that China has invoked ethnic unity. In October 2019, the General Offices of the Communist Party of China Central Committee published a guideline for enhancing ethnic unity, stressing efforts to improve the governance of ethnic affairs, guaranteeing the legal rights and interests of ethnic groups and cracking down on “criminal acts” that sabotage ethnic unity or cause ethnic separation. Before that, in 2016, China began a campaign in Xinjiang to promote ethnic unity and called on people to respect the cultures of the minorities who call the region home. Even Xi Jinping urged the people to strengthen the community spirit and called on ethnic groups to unite. In September 2019 he emphasised the importance of “patriotic teaching” at an event to honour role models and groups on ethnic unity and progress. In November 2019, the Communist Party of China Central Committee and the State Council published an outline for promoting “patriotic education” in what President Xi calls the “New Era”.

Obviously, “patriotic education” is seen as an important vehicle for promoting values that further “ethnic unity”. This is in line with “New Era” thinking which marks a departure from previous attempts at establishing a system of ethnic autonomy.

Understandably, Beijing resents any American criticism of these moves, especially a bill that the US House of Representatives passed by 407 votes to 1 on December 3 that seeks to impose sanctions on senior Chinese officials for their involvement in detaining Muslims. In order to become law, the bill needs to be first approved by the Senate before it goes to President Donald Trump for approval. His decision will be influenced by the post-Phase One Sino-US trade agreement talks as well as responses to the Hong Kong Human Rights and Democracy Act which became law on November 27, 2019 and obliges the US to impose sanctions against Chinese and Hong Kong officials responsible for human rights abuses in the former British colony. Already incensed, the Chinese media describes the Uighur Bill as part of Washington’s “smear campaign” and urges Mr Trump not to sign it.

India-Sri Lankan relations might become equally testy given Prime Minister Narendra Modi’s frank speaking to Mr Rajapaksa, as earlier to his brother, President Gotabaya Rajapaksa, who made New Delhi his first overseas destination after taking office in November. However, there is also a danger now that evidence of Islamist fundamentalist activity in Sri Lanka culminating in last year’s vicious Easter Sunday bombings might tempt New Delhi to make common cause with Colombo against terrorism. Mr Rajapaksa spoke appreciatively this week of Sri Lankan police officers “participating in anti-terrorism courses in India’s premier training institutes”, of intelligence-sharing and counter-terrorism capacity building. No doubt these are important matters, and India cannot deny its smaller neighbour assistance in overhauling national security. But the first charge on the Rajapaksa clan which now controls Sri Lanka is the unfinished business of the disastrous 27-year civil war which ended technically on May 18, 2009 but has left behind a trail of bitterness, broken lives and shattered hopes.

Sinhalese Buddhists account for 75 per cent of Sri Lanka’s 23 million population. The largely Hindu Tamils are 11 per cent while Muslims (Tamil, Malay and Moor) comprise under 10 per cent. Being so well-entrenched, the majority should have the confidence to share governance with the two minority communities, knowing that it is the only way of ensuring willing cooperation. The 13th amendment to Sri Lanka’s constitution, introduced at India’s urging as part of Rajiv Gandhi’s 1987 peace accord with J.R. Jayewardene, envisaged a federal dispensation instead of the present autocracy. The Rajapaksa brothers — Gotabaya and Mahinda — have a dual task. Not only must they tackle what the Lessons Learnt and Reconciliation Commission signally failed to achieve, but they must also live down their own roles during those 27 years of bloodshed. There may not be enough energy left for the Liberation Tigers of Tamil Eelam to rise again, but surly silence should not be mistaken for peaceful cooperation. The Rajapaksas’ decision to drop the Tamil version of Sri Lanka’s national anthem from last week’s Independence Day celebrations doesn’t augur well for the future.