The most significant aspects of this period were the nationwide lockdown 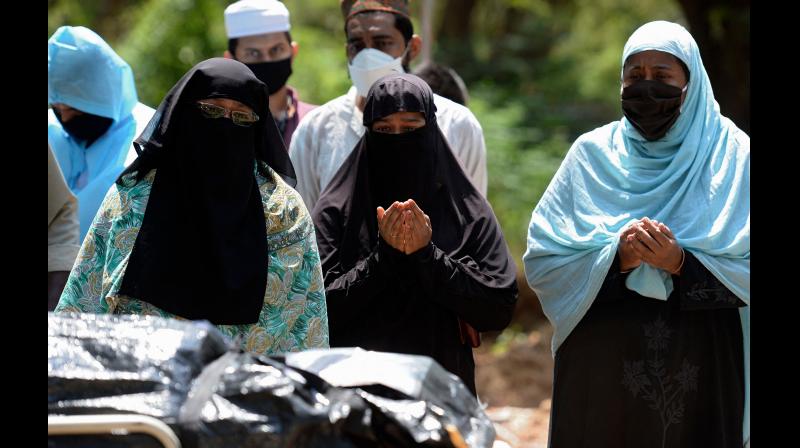 It’s not fully depleted, but it’s hard to escape the feeling that solving the problems of 2020 and 2021 will require something special which at the moment is not on view. (AFP)

The Narendra Modi government began its second term with a mandate for change. The NDA won more seats, more votes in 2019 than in 2014 and its performance was endorsed by the electorate to the extent that’s possible in a first-past-the-post system like ours.

This mandate for implementing its ideology was acted on immediately. The Supreme Court had invalidated triple talaq in August 2017 and said it was unconstitutional. But the BJP decided it must be acted on and in July 2019 the practice, which was already declared unlawful, was now criminalised. Implementation of a uniform civil code was part of the BJP/Jan Sangh agenda since the 1950s, and the criminalisation of triple talaq was a victory in this sense. The next month, Article 370 was gutted in Jammu and Kashmir and all its non-BJP politicians were jailed indefinitely. This was the second part of the BJP’s agenda, also going back to the 1950s. Three months later, the SC delivered the goods on Ayodhya and gave a judgment handing the mosque property to the Hindu party in the dispute.

Within six months, Mr Modi was able to make good ground on all three issues the party was campaigning on for decades. The next month, the BJP said it would implement its manifesto promise on citizenship.  Under the section named “Combating Infiltration”, the 2019 BJP manifesto reads: “There has been a huge change in the cultural and linguistic identity of some areas due to illegal immigration, resulting in an adverse impact on local people’s livelihood and employment. We will expeditiously complete the National Register of Citizens process in these areas on priority. In future, we will implement the NRC in a phased manner in other parts of the country.”

As the first part of this process, as described by Amit Shah through his famous chronology, the BJP passed the Citizenship Amendment Act. This law would give asylum to non-Muslims from neighbouring countries, while the NRC would then come house to house to weed out “infiltrators” and “termites”.   The BJP didn’t anticipate the pushback from India’s Muslims and the law, though passed, has still not been implemented 20 months on. The NRC, which was a 2019 manifesto promise, has also been shelved. The February 2020 Delhi pogrom was the reaction to this failure.

At this point, however, the spirit of implementing the mandate was still strong. The farm ordinances came in June 2020, and the government and its allies did not anticipate that the laws would be resisted. Even the major Punjab party in the NDA, the Akali Dal, remained in the Cabinet when the ordinances were passed and only left the government when it became clear that the farmers were extremely angry.

The space between the writing of the farm ordinances and the laws being passed in September was occupied by the Covid-19 crisis and its first wave. The most significant aspects of this period were the nationwide lockdown, the migrant exodus out of west and south India into the north and east, and the first economic recession for four decades. The economic crisis was in fact building progressively since the 2016 demonetisation but had not been recognised or spoken about in India. But the outside world had noticed. In 2014, India’s per capita GDP ($1,573) of `1.17 lakh was about 50 per cent ahead of Bangladesh’s ($1,118) or `83,000. At the end of the 2020-21 financial year, Bangladesh went ahead of us at $2,227, or `1.65 lakh per person per year, with India at $1,947 or `1.45 lakh. We will remain behind Bangladesh from here on till something changes.

The judiciary helped Narendra Modi out on the farm laws and put them in cold storage after asking an expert committee for its views in a “sealed cover” and not releasing the findings. The government itself violated the farm laws by reversing the Essential Commod-ities Act, but the farmers have been left on the road as the Centre has moved on and doesn’t care about the farm laws any longer. On other issues too, the success hasn’t been as clear-cut as expected. Kashmir remains troubled and its jailed leaders did well in local polls. China was angered by Ladakh’s status change, and we saw the consequences of that.

The uniform civil code’s actual target is polygamy, so the victory on triple talaq didn’t mean that much ultimately. The judiciary delivered on the temple, and also on other issues by not hearing the habeas corpus pleas of Kashmiris, not hearing the CAA’s validity and not hearing the validity of Article 370’s abrogation. The judge who asked for FIRs to be filed against BJP leaders Kapil Mishra and Anurag Thakur for the Delhi riots was transferred the same night as he passed the order. But unfortunately judges can’t help on the economy’s decline, on the lack of jobs and on inflation. The price of petrol is over `100/litre.

The nation is restless, but this restlessness hasn’t found proper political expression. NDA ally Nitish Kumar is asking for a caste census, which the government has declined (India’s entitlements are still distributed on the basis of a socio-economic census conducted under Manmohan Singh a decade ago). Abroad, the government lost its friends Donald Trump, Shinzo Abe and Benjamin Netanyahu. The former US leader left without being able to conclude even a trade deal with his friend Narendra Modi.  Mr Modi spent much of his rightly earned political capital in 2019. It’s not fully depleted, but it’s hard to escape the feeling that solving the problems of 2020 and 2021 will require something special which at the moment is not on view.