What if N Korea didn’t have nuclear weapons? 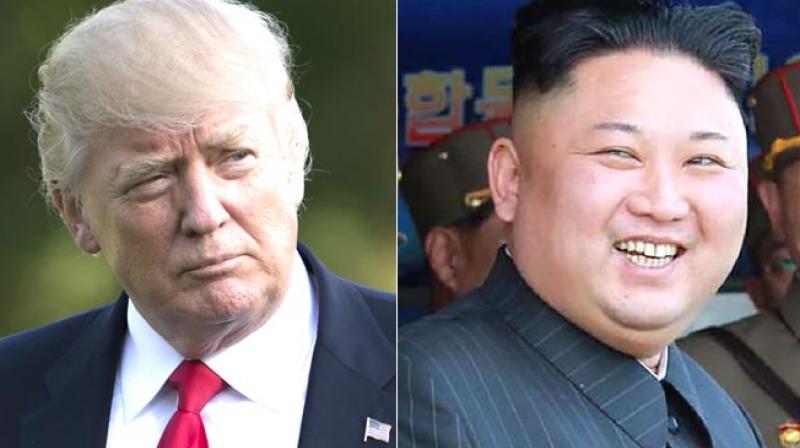 The divergences could not be starker and the irony more poignant. The leader of one of the oldest democracies on Planet Earth, the most powerful nation in the world, the outside balancer of power in every region of the globe — the US — will meet with the dictator of one of the most totalitarian, tyrannical and impecunious nations on our globe with probably the worst track record of human rights abuses, including starving its own people to death — North Korea. What has brought about this tête-à-tête? One simple but stark reality, the latter possesses nuclear weapons and may just be insane enough to use them.

This summit once again underscores the growing redundancy of the nuclear Non-Proliferation Treaty (NPT) and its associated regimes that have sought to restrict the monopoly of nuclear weapons to the P-5 or N-5. The first acronym refers to the US, Russia, the UK, France and China — the permanent members of the United Nations Security Council who also were the first five nations to test nuclear weapons and then sought to prevent others from doing so. Hence, the second acronym N-5.

Just to quickly recap, the NPT’s goal is to inhibit the spread of nuclear weapons and weapons technology, foster collaboration in the peaceable uses of nuclear energy, to advance the purpose of attaining nuclear and complete disarmament. An 18-nation committee on disarmament based in Geneva, Switzerland negotiated the treaty between 1965 and 1968.

The treaty was opened for signature in 1968 and it entered into force in 1970. As of August 2016, 191 nations are signatories to the treaty. North Korea acceded to it in 1985, but never acquiesced to its mandate. It withdrew from the NPT in 2003. Four United Nations member states have never recognised the NPT namely India, Pakistan, Israel and newly-founded South Sudan.

The question that needs to be explored then is why did North Korea want a bomb in the first place? There are two different schools of thought. While one holds that a strong military posture coupled with advanced weaponry not only helped the leadership of North Korea to deal with external threats, they are constant reminder to its own people about the existential challenges confronting that nation. It also helps validate the irrationality, insanity and the complete unpredictability intrinsic to the misrule of the Kim family.

The other view is that the presence of 37,000 odd American troops in South Korea since the end of the Korean War in 1953 coupled with the fact that American nuclear weapons were stationed in the Korean peninsula till 1991. Moreover threats of nuclear attacks against North Korea were routinely brandished about in the days preceding China’s first nuclear tests at Lop Nur in 1964. All this impelled the North Korean regime to develop capacities to counter potential American strikes.

North Korea’s quest for nuclear weapons capability started in the mid-1960s. It was the founder of the North Korean state and legendary despot Kim Il-sung who commissioned the construction of an atomic energy complex in the city of Yongbyon. The programme was upgraded in the 1970s that enabled the completion of another reactor in 1987.

By 1990s, despite signing the NPT in 1985, North Korea commenced work on two large reactors with extended capacity to produce plutonium. Since it had not signed a safeguards agreement with the International Atomic Energy Agency (IAEA) pursuant to its joining the NPT, it was able to ward-off any inspections. Finally when it was ready after almost four decades of unrelenting efforts, it conducted a series of nuclear tests between October 9, 2006 and September 3, 2017 weaponising the option.

In pursuing its nuclear ambitions North Korea scrounged the nuclear black markets of the world with vengeance buying weapons-grade plutonium from rouge networks in Russia. It re-energised its historical relationship with Pakistan dating back to the agreement of September 18, 1971 whereby it supplied conventional weapons to the Yahya Khan regime — a mere 10 weeks prior to the commencement of the war for the liberation of Bangladesh in 1971. It offered missiles and technology to Pakistan in exchange of nuclear know-how — a transaction overseen by A.Q. Khan, perhaps the most notorious nuclear proliferator of our times.

Finally after being dubbed as a pariah state, failed state, rouge state and a terror state respectively since 1953, the Kim dynasty has finally arrived in great style. Kim Il-sung’s grandson Kim Jong-un will sit across a table with Donald Trump as an equal.

Now imagine if Saddam Hussein would have had nuclear weapons would he have had to hide in a foxhole to be ultimately hanged in an act of victor’s justice? Would Col. Gaddafi have been lynched in the streets of his hometown Sirte? Both these despots gave up the quest for nuclear weapons. Can Iran or other Middle Eastern powers then be faulted for their quest for nuclear weapons or even Pakistan after the cleaving of that nation into two by India? Welcome to the Second Nuclear Age.