Opinion   Columnists  09 Aug 2018  If Tehran has regime change, it must come from within
Opinion, Columnists

If Tehran has regime change, it must come from within

The nuclear deal has not exactly collapsed yet, given that none of Washington’s co-signatories followed its example. 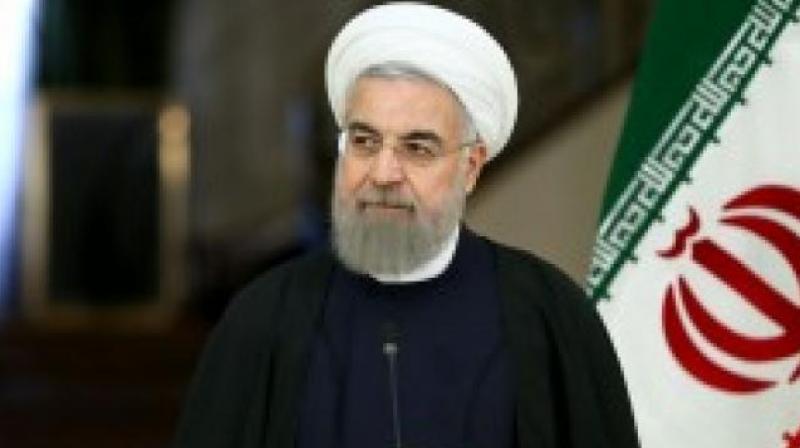 It may have been more prudent for Donald Trump to make the overture before delivering the ballistic message in capital letters. But then, prudence is hardly a quality anyone associates with the White House incumbent.

His belligerent tweet late last month, vowing “consequences the likes of which few throughout history have ever suffered before” if Iran dared to threaten the US, was evidently a response to remarks by Iranian President Hassan Rouhani to the effect that the choice for America was between “the mother of all peace” and the “mother of all wars”, which could easily be interpreted as an overture rather than a threat.

Subsequently, Trump offered to hold unconditional talks with Rouhani. Tehran dismissed the idea, even though many Iranians seem to think it would do no harm.

The Iranian economy has been tanking for a while. It is likely to deteriorate further after US sanctions, triggered by Trump’s withdrawal from the 2015 nuclear deal, kicked in yesterday. And there will be worse to come in November, if importers of Iranian oil succumb to US pressure.

The nuclear deal has not exactly collapsed yet, given that none of Washington’s co-signatories followed its example. But, despite an attempted pushback by the European Union, most European firms appear disinclined to disregard the risk of being sanctioned by the US. Of course, to a considerable extent Iran’s economic woes are domestic, and Iranians see a connection between their deteriorating plight and corruption among the political and clerical elites, as well as the vast resources earmarked for Tehran’s regional geopolitical agenda.

The latter is spearheaded by the Revolutionary Guard’s Quds Force, whose warlike commander, Qassem Soleimani, responded to the US President’s belligerent tweet with an equally unseemly diatribe, calling him “Gambler Trump” and declaring: “You may begin a war, but it is us who will end it… The Quds Force and I are your match. We don’t go to sleep at night without thinking about you.”

It’s safe to assume sweet dreams don’t come easily to Gen. Soleimani. He was instrumental, incidentally, in protecting the Al Qaeda high command and Osama bin Laden’s family members who sought refuge in Iran after September 11, 2001. They were usually treated as prisoners but intermittently honoured as guests. And, absurd as it may seem given his passion for slaughtering Iraqi Shias, Abu Musab al-Zarqawi’s passage to Iraq was facilitated by the Quds Force.

Ironically, during the early part of this period the government of Mohammad Khatami was keen to establish a modus vivendi with Washington, and in 2001, in secret talks in Geneva between mid-level functionaries from both sides, Mohammad Javad Zarif, then a rising star in Tehran’s foreign ministry, handed Ryan Crocker maps of Afghanistan pinpointing key Taliban positions. The Khatami administration was also inclined to hand over any Al Qaeda cadres that crossed over from Pakistan or Afghanistan. Long before that, there was the collusion that led to the Iran-Contra scandal.

Not long after, possibly unaware of these useful contacts, George W. Bush placed Iran in the “axis of evil” alongside Syria and North Korea. Crocker and other US state department employees couldn’t believe their ears. The secret bridge came crashing down, and the advent of Mahmoud Ahmadinejad inevitably postponed any repair work, while at the same time making life somewhat easier for Iran’s Al Qaeda detainees.

Similarly grievous errors are being repeated today, undermining the broadly reformist Rouhani’s ability to resist the reactionary clergy and Soleimani-style radicals. Suspected dissidents face imprisonment, especially if they are dual citizens, and even the sight of women displaying their hair discombobulates the clergy presided over by Ayatollah Ali Khamenei. The tussle over the latter’s successor as supreme leader will inevitably open up another domestic battleground.

In terms of political repression, Iran has more in common with its chief neighbouring adversary, Saudi Arabia, than it would care to admit. At the same time, however, the Trump administration’s affinity with the Saudi-Israeli-UAE axis makes it that much harder for Tehran’s potential conciliators to reach out to Washington. Besides, one must not forget that the still popular “marg bar Amreeka” slogan derived not only from the enduring US romance with the Shah’s brutal monarchy but from the Anglo-American role in thwarting Iranian democracy in the 1950s.

Iran may well be ripe for regime change, but obviously not one wrought by external aggression. It must come from within. Eventually it will, although the current sporadic protests against deepening economic woes are unlikely to represent a tipping point. The Iranians who revolted against the Pahlavi dynasty deserved much better than a fundamentalist dictatorship. But any change based on the malicious imprimatur of the US, Israel or Saudi Arabia would be calamitous.